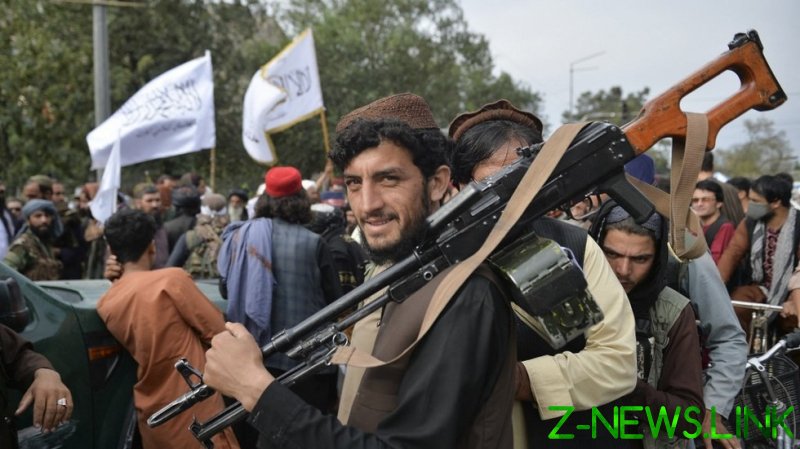 The US’ unceremonious retreat from Afghanistan after two decades and the lightning-fast reconquest of the Taliban will be regarded as an epoch-defining event. Aside from demonstrating the uselessness of the world’s greatest military and most credentialled commanders against God-fearing goat herders, it’s a complete repudiation of the idea that a liberal world order is universal and inevitable.

It’s a rejection of the belief that by throwing trillions of dollars at Afghanistan and teaching gender studies to its inhabitants, a Bronze Age society could be turned into Sweden.

This much was obvious to serious scholars since the outset of the occupation, and US officials themselves realized their nation-building enterprise was doomed quite early on, but kept quiet about it as they publicly insisted the impossible was possible.

Afghanistan couldn’t be cosmopolitanized at gunpoint, and the promise of Starbucks and intersectional feminism did not motivate its US-funded military to resist the Taliban advance, yet the so-called ‘international community’ still thinks it can, through impotent scolding and strongly-worded letters to the newly-formed Taliban government.

In a statement released on Wednesday, the EU complained that the Taliban’s government “does not look like the inclusive and representative formation in terms of the rich ethnic and religious diversity of Afghanistan we hoped to see and that the Taliban were promising over the past weeks.”

“Such inclusivity and representation is expected in the composition of a future transitional government,” the Europeans reminded the Taliban.

What did they expect? That the Taliban would pack its cabinet with lesbians? That Sunni Islamic hardliners would open their ranks to Sikhs, Hindus, Christians or to the country’s only Jew?

Instead, the Taliban’s provisional cabinet is filled with ethnic Pashtuns, the group that predominantly make up its ranks, and sanctioned terrorists, who also account for a large swath of its membership.

While the EU seems to be struggling with the fact that it’s dealing with a violent Islamist organization, politicians in Brussels also appear to have forgotten that, in much of the uncivilized world, politics is not the act of nursing state bureaucracies through to the next election cycle. It’s the act of rewarding friends and punishing enemies. The Taliban are not custodians of a functioning state. They are the dominant faction in a country riddled with ethnic and sectarian fault lines, and will act accordingly.

The EU isn’t the only political body giving the Taliban a good finger-wagging lately. Even before Taliban fighters reached Kabul, White House Press Secretary Jen Psaki was warning the militants that they should “make an assessment about what they want their role to be in the international community,” and on Wednesday US Secretary of State Tony Blinken joined the EU in condemning the Taliban’s failure to form an “inclusive government.” Human rights NGOs, meanwhile, have pleaded with the nations involved in invading and occupying Afghanistan in the first place to “insist” that the Taliban respect women’s rights.

The Taliban’s government is a caretaker one, and the militants may very well hold free and fair elections and install this inclusive government. But if they don’t, what will the west do? Invade again? Unlikely, since when ISAF was in the country the cabinet wasn’t exactly a beacon of gender equality either.

20 years of bullets and bombs did not defeat the Taliban, and all the HR-corporate-diversity-speak in the world won’t finish the job either. And if this hasn’t dawned on the Eurocrats and Beltway policy dorks by now, one image from Kabul this week should make the point abundantly clear:

Taliban members painted over a mural of George Floyd in the city, whitewashing over the “false liberal deity” and replacing Floyd’s visage with “uplifting messages of faith and freedom in its stead.”

In Taliban-run Afghanistan, the Gospel of Western liberalism has met its limits. And they’re laughing about it.