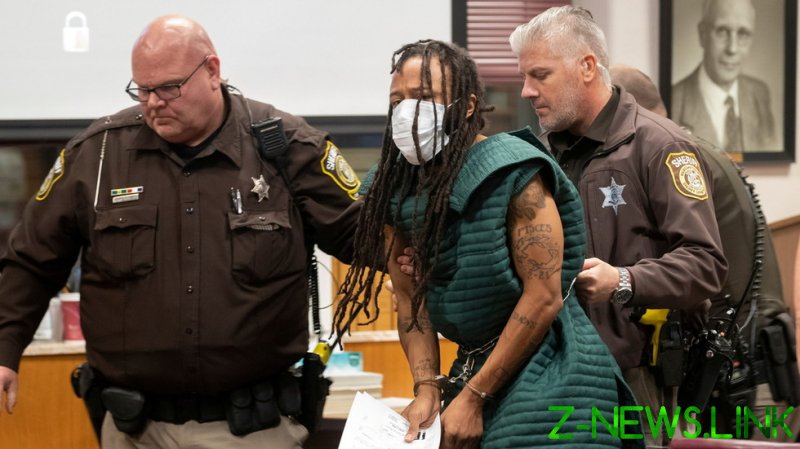 Across the mainstream media, the incident in Waukesha, Wisconsin that left dozens more injured after sex offender Brooks drove through the parade is referred to as a ‘crash’.

It wasn’t a crash. It was a massacre. And if you take into account the content of Brooks’ social media account, his admiration of Hitler and his loathing of white folk, Jews and even fellow black people, you’d be on safe ground calling it a domestic terror attack.

So why the cop-out? Why is the MSM insisting on portraying a calculated and cold-blooded attack on an unsuspecting parade of regular people out enjoying themselves as some sort of ‘accident’?

The slaughter was as accidental as the 2016 attack along the Promenade des Anglais in Nice, France, which left 86 dead and 458 injured after Islamic extremist Mohamed Lahouaiej-Bouhlel drove a 19-tonne lorry into Bastille Day revellers.

It was as much an accident as Islamist terrorist Khalid Masood driving his hire car into pedestrians on London’s Westminster Bridge in 2017, killing six and injuring 50 more. Or Tunisian jihadist Anis Amri mowing down shoppers at a Berlin Christmas market in 2016, killing 12 and leaving 49 injured.

In all these cases, the lorries, cars and even SUVs have been used as lethal weapons aimed at innocent civilians, with more than 100 people murdered. So why is everyone so timid about labelling Brooks as a terrorist?

Even the most cursory glance at this nutjob’s social media shows a man angry at everyone; black, white, Jewish, capitalist, the police, you name ‘em, Brooks hates ‘em, so much so that it’s quite easy to conclude that the collection of memes, smartphone rants and rap videos starring himself amount to the expression of a political stance, or a deeply held conviction, even though it’s hard to extract exactly what the 39-year-old career criminal is railing against.

I mean, here is a black man who expresses admiration for Adolf Hitler.

Maybe a clue is in the all-powerful narrative that surrounds race in the USA. To call a black man who has clearly struggled to engage with the rest of society in any meaningful way for nearly 40 years ‘a terrorist’ is to deny him victimhood that, even as an active member of the criminal underclass, he is afforded by the proponents of critical theory on race.

To some, Brooks is the victim here. So they’ll just call this unfortunate incident in Waukesha a ‘crash’, a mistake, an accident, because after all, Brooks was allegedly simply fleeing from a scene of domestic violence – albeit as the aggressor – before inadvertently driving through the middle of a holiday parade. Someone in this socio-economic mire deserves a break, don’t they?

This is the idiotic progressive thinking that can inform reports around an incident such as Waukesha. Tip-toeing through the language minefield lest a class of people identified by a shared race, gender or socio-economic category take umbrage, so that reality is grossly distorted, the truth buried beneath a steaming pile of political correctness.

It’s the sort of cluelessness that has led so-called ‘criminal experts’ in California – I know, I know – suggest that the media and law enforcement stop using the term ‘looting’ to describe a recent spate of brazen smash-and-grab raids on luxury stores in the state because somehow the term is ‘racist’ and intentionally politicises the crimes. I dunno, it just seems like the wrong word in this case, because looting is usually the term applied in cases where a state of emergency exists, and that is not the case here. But who am I to step in the middle of a nonsense argument?

That’s how easy it is to offend when you’re not up to date with the nuances of the English language as it is (mis)understood in Woke, USA.

But like so many modern debates, whoever sets the terms of engagement and the language that is used to define an argument, is usually the winner. It just so happens that the losers in Waukesha are not a bunch of entitled, self-absorbed West Coast academics, they are six innocent people whose lives were cut short by a murderous lunatic in an attack that most certainly was no ‘crash’.

To state otherwise denies the dead and those they leave behind the justice they deserve.

Tags about accidental crash massacre" nothing there waukesha