Home / photo report / The war, which was averted at the last moment. Photo

The war, which was averted at the last moment. Photo 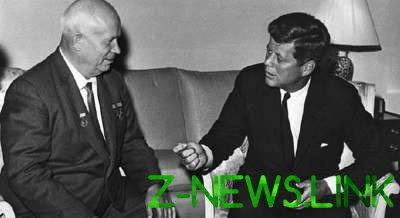 The world hangs in the balance.

History does not tolerate subjunctive mood. That’s just we are all human, and sometimes we just want to fantasize about “what would happen if…”. The more often the consequences of these “if…” is very serious, and at stake are millions of lives. Here are 10 cases in the world’s history, when several parties were at the brink of conflict, but at the last moment happily avoided. 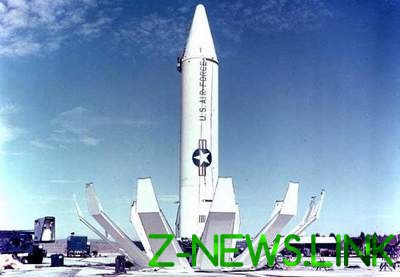 The Cuban missile crisis, of course, is the most famous in modern history case, when the two superpowers — USA and USSR stood on the brink of nuclear war. It provoked the U.S. action, which has placed Turkey missiles capable of bring nuclear warhead to the Western part of the USSR. In response, the Soviet Union placed missiles in Cuba the US imposed a blockade, was shot down reconnaissance planes and off we go.

The result is a crisis, which could end in a US invasion of Cuba, and, possibly, a strike on the Soviet Union for the Americans. The situation was saved the efforts of Soviet diplomats in Washington and a cool head then U.S. President John Kennedy, who went on about the “hawks” of the Pentagon. 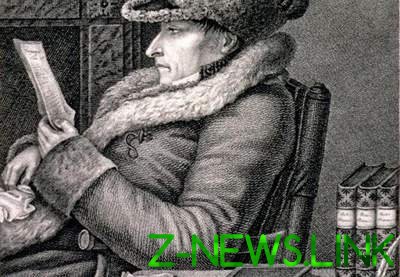 Not all countries accepted the fact that the UK used to have an entire continent as one vast prison. American researchers recently found that in France there was a plan to capture Sydney. He was drafted in 1802, the leadership of the French expedition to the shores of Australia. “Spies” thought that the capture of the city will be sufficient only 1800 soldiers and that is to release prisoners, as they will help to deal with the remaining British soldiers, and to subdue the surrounding settlements.

The plan was never implemented, and it is not known why. Historians believe that the reason for the defeat in the battle of Trafalgar — lost much of its Navy, France has long lost the ability to fight far from their native shores. 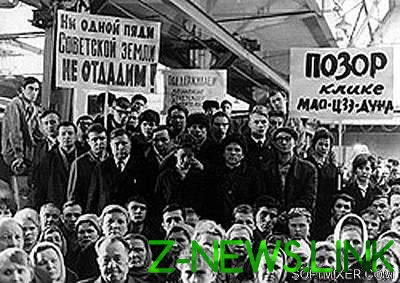 3. The border conflict on Damansky island

In March 1969, the Soviet Union and China transferred the dispute over Damansky island, located on the Ussuri river on the border between the two countries, from diplomatic efforts to military — first guards just got in a fight, and 10 days later was the battle that the USSR won only because the Soviet military had violated the order not to intervene in the conflict border posts and opened the Chinese fire of jet systems of volley fire.

The crisis was quickly resolved, and the island was ceded to China. This conflict until recently was not considered something more serious than a simple border incident. However, in 2010, the newspaper Le Figaro published a series of articles in which it was alleged that in response to Chinese aggression on the island the USSR was ready to launch a nuclear attack, and stopped him from this only the intervention of American diplomats who have threatened “retaliation” for Soviet cities. 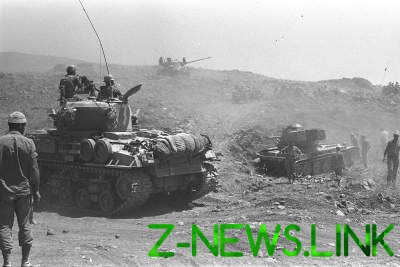 The USSR always had their own interests in the middle East, and this is manifested in different ways, including the intentions of military intervention in… Israel. Some historians claim that during the “six day war”, which was held from 5 to 10 June 1967, the Soviet Union was preparing a full scale invasion of Israel to capture or destroy its nuclear arsenals.

See also:  Jamaica: the island in which it is absolutely impossible not to fall in love. Photo

Moreover, it is believed that the Soviet Union was the “conductor” of the conflict, hoping that Israel will not be able to fight on two fronts. Plans were upset by the rapid victory of the Israeli forces — no one believed that the war would last only a few days.

The second time the Soviet Union threatened to invade Israel in 1973 during the Yom Kippur War and even quite officially has resulted in the increased combat readiness of seven airborne division. In the United States — the main ally of Israel — in response to the declared alarm in nuclear forces, but Israel decided not to tempt fate and stopped which by that time a victorious attack on the Arab position. 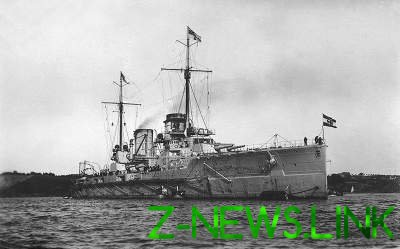 The first world war could not begin or would have begun much earlier and with a different balance of power, if Fastsky the crisis has not ended with the victory of diplomats. It occurred in 1898 on the background of the struggle of France and Britain for the division of Africa. It happened in the small town of Fashoda (now Kodok, South Sudan). The city was captured by a small (120 soldiers) a squad of major Marchand, which caused outrage in the UK, which is considered the headwaters of the Nile of his patrimony.

This was followed by a series of “dances with a tambourine” around this area, the result of which was the arrival of the Anglo-Egyptian troops. However, until the military conflict is still not reached great Britain, which the war with France, by and large, was not needed, tried to take the opponents “to fear” and said that he would consider capturing Fashoda casus belli (reason for war), but will give the French a chance to get out of town. France at the time war was necessary, and she obeyed. 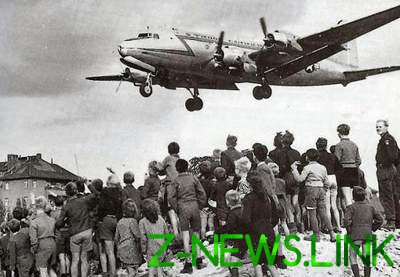 6. The Blockade Of West Berlin

The first incident of the cold war occurred in Germany, specifically in Berlin, when in 1948 the Soviet Union began a total blockade of West Berlin, trying to subdue the whole city. The US and allies considered various solutions to the problem, including the military, but common sense prevailed, and instead of trying to break the blockade by force, the United States began deliveries in “besieged” West Berlin of goods and products by air.

In just 15 months, during the blockade, the city has been made more than 275 thousand flights of transport aircraft, which delivered over 2.3 million tons of cargo. In the end of the Soviet Union, realizing the futility of the siege, took it off. 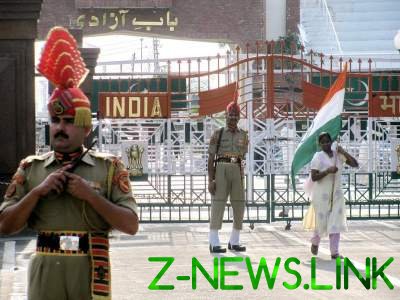 7. The confrontation of India and Pakistan

India and Pakistan are in a state of protracted conflict with the 1940-ies and regularly organize skirmishes on the border, but on the threshold of a real full-scale war, and with the use of nuclear weapons, they stood only once. It happened after 1 October 2001, Pakistani terrorists carried out an attack on the Indian Parliament, killing dozens of people and injuring even more. Given that only two years before this at the border over the next war, the government of India without thinking twice put under the gun of a million soldiers.

In response, Pakistan also conducted a General mobilization. Power was pulled to the border but to full-scale war, it never reached — both sides were well aware that it can begin from a rifle-shot, and the end of nuclear strikes. As a result, having stood on the border for 10 months, the parties separated in peace. However, globally the relations between the two countries, nothing has changed. 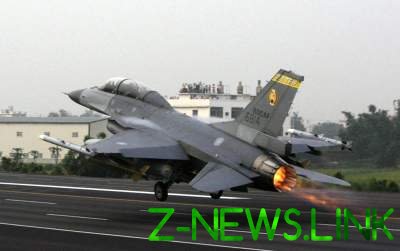 8. Crises in the Taiwan Strait

Taiwan has always been like a bone in the throat of Beijing, and in the last 50 years, the PRC repeatedly made acts of aggression against the rebellious island. Ally Taiwan was the United States, and every time, not directly interfering in the armed conflict, the United States has made it clear that they are ready for everything, including for nuclear strike on China. As we see today, none of the crises have not led to war between the US and China, but Beijing had nuclear weapons and threatened him became much harder. 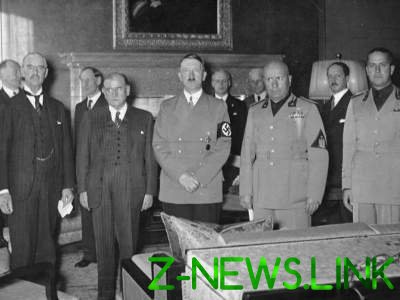 The second world war would begin a year early — and then end, if Hitler insisted on his plan for the seizure of Czechoslovakia called Fall Grün. Start of operation was scheduled for 28 September 1938, but in Germany many were against this, as then the allies of Czechoslovakia, France and Britain — had made it clear that he would immediately enter the war. In Berlin even seriously considered the option of arrest Hitler if he alone will give the order to start the operation.

Finally, the cross on the set operations of the Munich conference, France and Britain suddenly lost interest in Czechoslovakia, which, passing in the Sudetenland of Germany overnight lost all of their fortifications. In the end, the invasion of Czechoslovakia happened on March 15, 1939, was almost bloodless and the world remained “unnoticed”, which undoubtedly gave confidence to Hitler. The rest is history. Real. 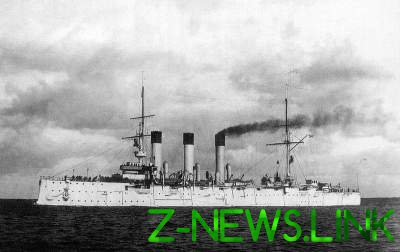 The expedition of the Second Pacific squadron, ignominiously perished in the Russo-Japanese war of 1905, was cursed from the beginning. Just coming from the Baltic sea, it provoked a serious crisis with Britain — as a result of paranoia of the Russian sailors and confusion in communications, was shot several British fishing ships.

One ship was drowned, two sailors were killed. In the UK it’s called rage, and it came to the point that the British fleet blockaded the Russians in the Spanish port, and insisted on a full investigation. From the war with England Russia saved 65 thousand pounds and an apology made to the highest level.