Home / WORLD / ‘The war machine is back’: Biden reminded of previous criticism on Trump’s ‘escalation’ in Syria after he orders fresh strike

‘The war machine is back’: Biden reminded of previous criticism on Trump’s ‘escalation’ in Syria after he orders fresh strike 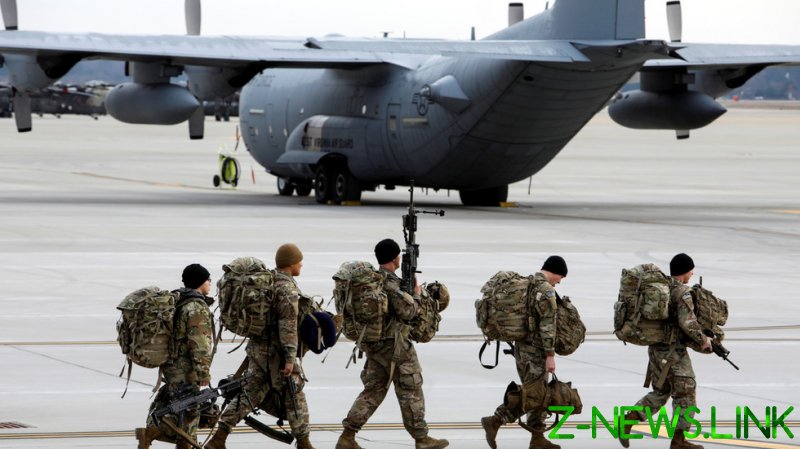 The Biden administration, which has publicly stated its intention to return to the 2015 Iran nuclear deal and back away from its predeccesor’s war-mongering approach, has been panned for seemingly following in Donald Trump’s footsteps on Thursday with an airstrike on Syria.

The Pentagon said that the attack was launched at 6 pm eastern time on Biden’s order, and resulted in the destruction of “multiple facilities” believed to be run by Iranian-backed militias in eastern Syria. The Pentagon spun the assault as a “defensive precision strike,” saying it was in retaliation to rocket attacks on the US and coalition troops in Iraq.

However, it appears not everybody bought that narrative. Commentators online were quick to remind Biden and his staffers of previous statements denouncing such incursions as dangerous escalations that encroach on Syria’s sovereignty.

“Also what is the legal authority for strikes? Assad is a brutal dictator. But Syria is a sovereign country,” Psaki tweeted at the time.

There have been unconfirmed reports of casualties resulting from the Thursday strike.

Some observers pointed out irony in the Pentagon’s claim that the bombing raid somehow aimed to “de-escalate the overall situation in both eatern Syrian and Iraq.”

For some, the airstrike poured cold water on expectations that the Biden administration was poised to rejoin the landmark nuclear accord in the near future, though prominent ‘Never Trumper’ Jennifer Rubin suggested that the attack is compatible with the Biden’s administration declared interest in the JCPOA.

The move also drew accolades from Mark Dubowitz, the head of the Foundation for Defense of Democracies (FDD), described as a hawkish neo-conservative think-tank set up after 9/11 to push for the “war on terror.”

“Credit to the Biden administration for responding. Turning a blind eye to regional aggression and offering economic relief will only encourage more destructive behavior by the regime in Iran and their proxies,” he wrote.

While Washington claimed that the strikes were in retaliation to the recent attacks on American and coalition personnel in Iraq, it did not specify which one. Tehran, for its part, denied any involvement in the recent rocket attack near a US military base in Erbil in Iraqi Kurdistan that killed one non-American civilian contractor and left nine others injured, including a US service member, on February 15.

The attack was claimed by a Shia group calling itself Saraya Awliya al-Dam at the time.