Home / business / The war in the Donbass: from the mines killed 27 children

The war in the Donbass: from the mines killed 27 children 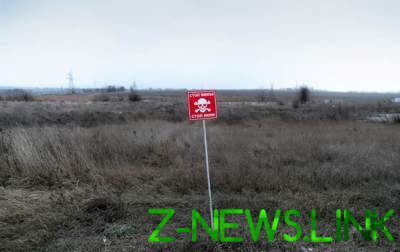 As a result of exploding mines in the East of Ukraine, killing 269 civilians, 27 of them children.

During the war in the Donbass as a result of landmine killed 269 civilians, 27 of them children. This was stated by the head of Department of ecological security and mine action of the Ministry of defense of Ukraine Colonel Maxim of the Commissioners during the briefing.

See also:  The Ukrainian military has withdrawn heavy weapons in the Donbass

Of the personnel of the APU on mine-explosive devices injured 1032 people, of which 228 were killed.

“Since the beginning of armed aggression of the Russian Federation on the territory of Donetsk and Lugansk regions as a result of landmine and explosive remnants of war-affected civilians 833, of which 269 people were killed, 564 injured. Of these, 833 persons, unfortunately, there are 125 children, 27 of whom were killed and 98 others wounded”, – said Commissioners.

See also:  In Russia, fear of the devastating consequences of escalating around North Korea

He noted that at present the territory of Ukraine, which is considered to be contaminated with UXO, is about 16 thousand sq. km.