The war in Syria-2.0:Assad Army suffers defeat in Idlib 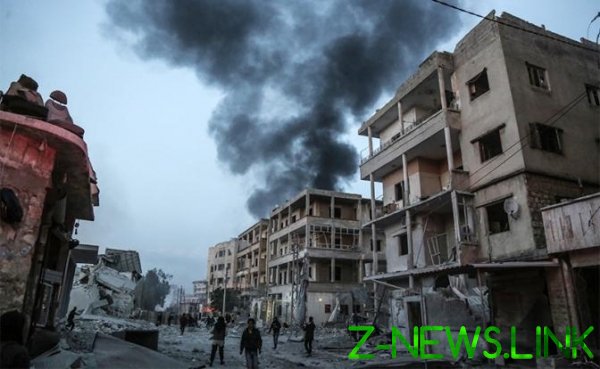 Recently renewed clashes between Syrian Arab army and its opponents. This is due to start a major counter-offensive of the militants groups dzhebhat an-Nusra on the border of Idlib. To date, the result of this operation were heavy losses from the Pro-government forces. Now we know about more than fifty victims — 53.

While the militants themselves have also not remained unscathed — 48 terrorists were killed while repelling the attack. However, relative to comparable losses not talking about that hand remained in his. Much more successful were terrorists. They were back under the control of a number of previously lost villages and seized the new — Jibin, tal-Mal.

Activation of anti-government groups in Idlib tied to the recent operation by the Syrian Arab army and allies in the South of Idlib. However, it is important to note that Damascus and Russia can not be considered violators of the prisoner in Sochi the agreement on the establishment of Idlib, around the demilitarized zone. The problem is that since the signing of the documents kept most problematic governorate the militants refused to adhere to the peace plan. They regularly attacked the Syrian Arab army and other peresadovka formation. Moscow and Damascus, meanwhile, tried to be as restrained and fulfill their promises. But Turkey, which undertook to calm the Dzhebhat an-Nusra and all the other entrenched in Idlib gang, absolutely could not cope with the task and was, in fact, useless for the Kremlin in this problematic region. It is logical that sooner or later the situation were to deteriorate. What is actually happened. And now we are on the brink of another great war.

Currently in Idlib is more than thirty thousand armed militants. The war against them will result in serious losses among the civilian population — it is known that terrorists seek to limit the outflow of population from the province. They forcibly recruit men into their ranks, and those who are principled in its nonalignment, often executed. Supporters of Damascus and all are shot on the spot. Thus, for such people, civilian life is of no value. So the soldiers of the CAA need to be prepared for the fact that their enemies will hide behind living shields.

Russian military expert Alexei Leonov believes that recent failures in Damascus related to the lack of discipline of Assad’s army and volunteer forces. Plus, a lot of support to the militants continue to have the United States of America.

— The main problem of the Syrian army has always been lack of discipline. At the time, it just affected the success of various armed groups, when they launched an offensive in the direction of Damascus and other areas at the dawn of the conflict. It so happened that a full army was actually not absolutely efficient. Often ignored the basic rules of warfare. You need to set the posts, checkpoints, to constantly monitor the situation, because in immediate proximity there are the terrorists. We have to be vigilant for 24 hours, seven days a week and every month. The majority of the Syrian army is not that vigilant, so there are sudden attacks. By the way, this surprise is, apart from the indiscipline of the Syrians, and the quickness of the militants, but also by the American side. We must not forget that in the sky over Syria and near Syria are flying American reconnaissance planes, and there are satellites that are constantly monitoring the situation and figure out what parts of Syrian forces are in readiness, and which are not. Generally, when our military went to ATS, they noticed how much the concept of the army is different from them. Of course, the Russian specialists had to and have to be done in order to ensure the effectiveness of local soldiers. While in the order given, at least one case, which showed itself in the capture of Aleppo and Deir-ez-Zor. And the rest of the army just reaches the required level.

“SP”: — You believed that the United States still operate in conjunction with terrorists?

— Of course. I’m sure in Idlib are still American specialist and various advisers. They all receive timely information and share it with local militias.

“SP”: — It occurs through the Ministry of defense or the intelligence services?

— For the special services. These professionals are present in the ATS throughout the war. The information they received, they passed it to terrorists. And this is why the latter were so successful in their actions. But when Russia intervened, which, as we know, also has its own intelligence, the situation has changed. We were better than Russia has done practically ineffective this interaction of specialists from the US with local militants.

“SP”: — How you think, whether further escalation of the conflict in Idlib? Just lately all parties became more active.

— I think that the escalation of the fighting will be. I said earlier that Idlib is a time bomb. Sooner or later it should explode. Hand, of course, tried to do everything peacefully, but it turned out that not all, in General have the ability to negotiate.