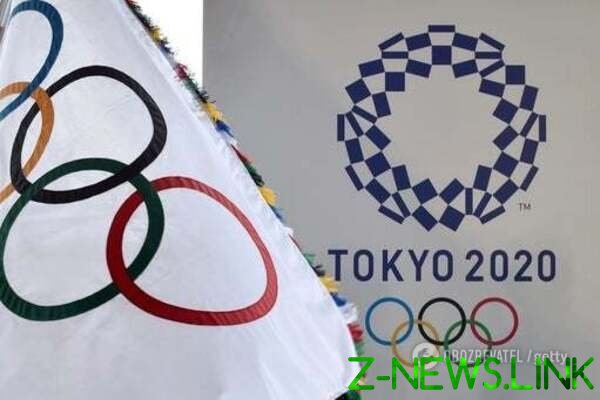 The Committee for compliance with the world anti-doping Agency (WADA) recommended that the Executive Committee of the organization to suspend Russia from participation in international competitions for four years; if at the meeting on 9 December it will be adopted, the Russian athletes will lose the flag and anthem competitions. About this newspaper The New York Times.

This recommendation was included in the report prepared by the Committee according to WADA, headed by British barrister Jonathan Taylor. The Committee came to the conclusion that Russia deliberately manipulated the database of the Moscow laboratory to hide positive drug tests.

The recommendations apply to all competitions at the international level, reports TASS. The Committee proposes to ban Russian officials and representatives of the state apparatus to occupy the positions in committees and boards of international federations that are signatories to the WADA code. Recommended to forbid them to attend the winter and summer Olympic and Paralympic games (including youth), the world Championships under the auspices of the Federation signatory of the code, and any other major international tournament, held during the period of suspension. In addition, the entire management team of the Russian Olympic Committee (ROC) and of the Russian Paralympic Committee (RCC), including members of the Board and of the Executive Committee, cannot attend or take part in major tournaments during this time.

Russian athletes and other team members, according to the document, can gain admission to international competitions only in the case if he can prove his innocence to the anti-doping rule violation, or rather, if their names are not mentioned in the report of the Commissioner WADA Richard McLaren about doping in Russian sports. In addition, for admission you will need to prove that in the database of the Moscow laboratory did not contain any information that compromises these athletes, and also the fact that with its data from the database was not subject to any manipulation. However, even in the case of obtaining admission, the athlete will not be able to represent Russia. The Committee also proposes to prohibit the raising of the Russian flag on any major tournament during the period of suspension.

If recommendations are fulfilled, the Russian athletes will be able to speak at the summer 2020 Olympics in Tokyo and winter Olympics in 2022 in Beijing only in the neutral status – and the winter Games 2018 in Pyeongchang.

In addition, the Committee WADA proposes to prohibit Russia to host any international tournaments. The competition, previously given to Russia, which date shall coincide with the term of suspension, the Committee proposes to move to other countries, the exceptions were only those cases, when to do it will not work legally and practically. Also in this period Russia could be banned to nominate his candidacy for the competition during the removal and afterwards. Thus, if the recommendation is adopted, Russia will be able to compete for hosting international competitions only after the expiry of the suspension, in addition, a separate item in the document is that Russia will not be able to fight for the Olympic and Paralympic games, 2032, regardless of when exactly the elections will be held.

This prohibition means that for this period the Russian athletes will be deprived of the flag and the anthem.

In the release of the WADA noted that its the work of the Russian anti-doping Agency (RUSADA) has made an effective contribution to the fight against doping in Russian sports and actively works with other anti-doping organizations, including the investigation of anti-doping cases in Russia. In this regard, the Committee on the compliance of the WADA recommended not to carry out a special monitoring of anti-doping activities in Russia for four years. However, WADA expressed the hope that over a period of four years at RUSADA will not be pressure and organization will retain its independence.

WADA also ordered the journalist to pay a fine in the amount of 10% of the income of the organization or 100 thousand dollars (the amount which will be less) in connection with the violation of the integrity of the data of the Moscow laboratory.

In September, the WADA Executive Committee has initiated the consideration of the inconsistency of the Russian anti-doping Agency (RUSADA) of the international code in relation to detected changes in the database of the Moscow laboratory, which contains validation data of Russian athletes for the period from 2012 to 2015. The WADA Executive Committee will make a decision by RUSADA at the extraordinary meeting on 9 December in Paris.

The base was transferred to WADA at the beginning of January with the assistance of the Ministry of sport of the Russian Federation and the Investigative Committee of Russia, which sealed the data in connection with a Federal investigation.

General Director of the Russian anti-doping Agency (RUSADA) Yuri Hanus urged not to pay attention to various information in the media regarding the possible suspension of Russia by the decision of the world anti-doping Agency (WADA). “I appeal to await the decision of the Executive Committee of WADA, which will be announced on 9 December, and until you respond to different kinds of publishing, whether New York Times or other sources – said Hanus. – At the same time we should not build any illusions, the sanctions will be quite severe, it is necessary to prepare for a serious test”.

The Hanus skeptical and believes that the decision of Russia is almost inevitable. In his opinion, “to the bottom we haven’t reached.” If it is established that the transfer of authentic electronic database of the Moscow lab, it “automatically leads to the deprivation compliance with the [WADA code]”, according to the BBC Russian service. “If to speak about prospects in the court, as a lawyer I believe that this decision will, unfortunately, negative for the Russian side,” – said the head of RUSADA.

He also suggested that the suspension of Russia from participation in the competition for the next few years could spell disaster for Russian sport. “I was horrified to imagine what would happen if we miss the Olympics. I can tell you now that some of my colleagues make requests to us at RUSADA, specific to athletes, the results of their testing and processing results, bring help. Because athletes are, apparently, planning to leave the Russian jurisdiction and explore these possibilities. It is a tragedy. Tragedy. So treat your sports… It’s horrible, you know? How you can mock these guys and girls who put their fate on the altar of sports?” – said the head of RUSADA.

See also:  Guliyev, Taylor and Carter are the world Champions in athletics

Samples replaced “authority” with access to the RF IC

After the institution of criminal charges against the former head of the Moscow anti-doping laboratory of Gregory Rodchenkov and his staff materials laboratory under the control of the Investigative Committee, reminds the head of RUSADA Yuri Hanus. He paradoxically believes that the leadership of the investigative Department, reporting to the President of the Russian Federation, were not involved in the substitution of samples of athletes in the database. “I graduated from the Institute of the Prosecutor General. The bodies were not working, but I can say that the Investigative Committee was not profitable to make changes to the database. Because the database is an essential material which respectively forms the guilty part. In this regard, any change in the electronic database actually exclude it from the evidence base,” says Hanus.

In his words, to shed light on the incident could “only those who were involved in this process and who organized the access for those individuals who have made these changes.” “In fact, these individuals had to be endowed with authority and had to access, which would pass through the limits of IC”, – said the head of RUSADA.

He noted that, formally, in the Moscow laboratory has stored samples for the period from 2011 to 2015. “But in fact there may be earlier samples. So if someone had a motive to make changes, to which it was directed? He was sent to actually distort information on athletes. If all samples are negative, why something to change? In any case, this is an attempt to protect the reputation and achievements of the athletes. Including those that can be endowed with authority. But it’s just probable judgment,” noted Yuri Hanus.

He also admitted that the tampering became possible only with “the support at the state level.” “It was the people, endowed with serious power. The problems were at the highest level of sports management”, – said the head of RUSADA.

According to him, the problem needs to be seen and wider. The desire to manipulate the tests athletes are so ingrained in society that became part of the culture. A reverse situation is possible only if there is political will.

“Now the moment of truth. Necessary changes from the point of view of policy. Traditionally, we all are waiting for the decision of the king. But, by the way, in all countries, the support of individuals determines policy in relation to a particular problem. I was recently at the conference of the VAD in China, there came on the scene the President of the Supreme court of the PRC. His first words: “we in China now anti-doping equated to terrorism”. I can’t imagine how in Russia, for example, [Supreme court Chairman Vyacheslav] Lebedev would have happened”, – says Yuri Hanus.