Home / Society / The vote on the Constitution will be a holiday 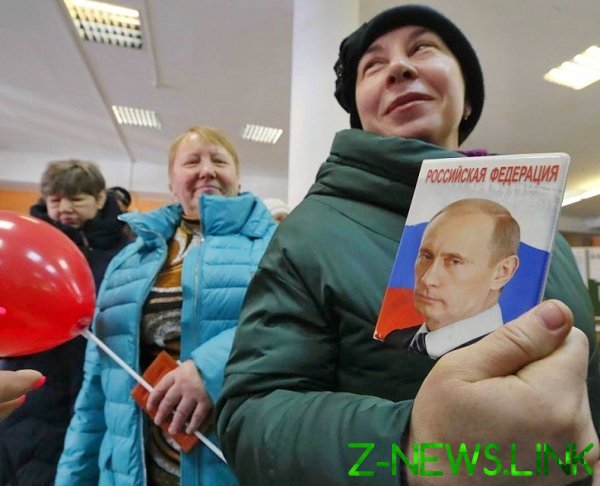 The Kremlin has decided to create a holiday atmosphere for the vote on the Constitution.

Regions were given the task of turnout and voting results. The Kremlin instructed the regions to create a holiday atmosphere in day of voting on amendments to the Constitution. Tasks on the turnout and result as a whole is comparable to the presidential elections in 2018.

The administration of President held in Moscow from 13 to 15 February a three-day seminar for Vice-governors on internal politics, on the upcoming nationwide vote on amendments to the Constitution.

Regional officials called the indicators that the Federal center would like to see the results of the voting, the turnout was 60%, the result “for” — 70%, said two participants of the seminar RBC.
Directly the task of ensuring such a result was not intended, but said that these figures would be perfect; in General, the regions focused on a turnout of 50-55%, added another participant.

That the Kremlin intends to inform the Vice-governors of the indicators 60-70%, earlier wrote “Kommersant”. These figures are generally comparable to the presidential election in 2018, when the turnout was 67.5%, and the result of Vladimir Putin — 76.7 per cent. Before the presidential campaign KPI of the Kremlin was 70/70, told RBC sources.
That the target of 2018 is an ideal scenario for voting on amendments to the Basic law, said earlier close to the Kremlin interlocutors RBC.

The workshop also was conducted in parallel with the election campaign of the President. “It was said that the task is comparable to the presidential elections”, — said one of the participants. In General, the main message was this: voting is important, the preparation period is short, we need to do a lot, summed up the interlocutor of RBC.

The current KPI is generally higher than the results of the Popular vote on the Russian Constitution on 12 December 1993, when turnout was 54.8%, the number of votes cast “for” is 58.4%.

The regions a task to create a day of voting on amendments to the Basic law the festive atmosphere in order to increase turnout, said two participants of the seminar. The same task was in the presidential election. “Of specific plants, who needs to organize, not given, because everybody knows what to do,” explains one of the interlocutors. According to him, this can be the organization of buffets at polling stations, and various cultural events.

Before the presidential election, the regions were advised to hold on the voting day at polling stations polls on certain aspects of life in a particular settlement, to hold fairs, to equip a game room for children.

Regions must connect to the information campaign to sensitize citizens on the importance of the upcoming vote, told RBC two sources. At the seminar it was said that if nothing is done, the turnout will be 35-40%, added another participant.

There was a feeling that the Kremlin does not see threats in terms of a “Yes” vote, but there are concerns about the turnout, says another interlocutor of RBC.

Another task assigned to the Vice-governors, is to simplify the voting process, says a participant of the seminar. The Russians should have the opportunity to vote wherever they are in the moment, be it the railway stations or airports, or, for example, to freely invite members of the electoral Committee with an urn for voting home, lists the interlocutor of RBC. The presidential elections in several major cities were merely satisfied with more than 50% of applications for voting at home, he says.

The CEC head, Ella Pamfilova, who spoke before regional officials, spoke about the need to vote honestly and legitimately, that no one had any doubts about the results. Also Vice-governors warned that the plebiscite “can be used for harm: for example, calls about the mining stations”, retells the content of the event one of the sources of RBC. Discussed the possibility of door-to-door bypass citizens to inform them about the upcoming vote — the majority agreed that such a bypass is necessary, adds another participant.

Co-chair of the working group on preparation of amendments to the Constitution Andrei Klishas told which articles of the Basic law will be amended and which ones are likely to be taken.

Raised the topic of the spread of coronavirus, says one of the interlocutors: “it Was said that the conditions for epidemic in Russia — has taken all appropriate measures.”

In the Kremlin, however, reinsured in the event of adverse developments — including because of fears of the spread of coronavirus is still not named the date for voting on the amendments, told close to the presidential administration source. If you now formally announce when will take place the day of the vote, then the situation can turn so that it will have to carry, he explains.

The date of the plebiscite will be specified in the draft law on amendments to the Constitution, which was adopted in the first reading. When will be the second, not yet solved, the acceptance of amendments was extended until March 2.

Sources told RBC that as the main option, when would be held to vote on the amendments, the Kremlin is considering Wednesday, April 22. The Vice-Governor was told that a plebiscite will be held on either the 22nd or the 29th of April, said two participants of the event.