Home / business / The volume of construction works in Ukraine increased

The volume of construction works in Ukraine increased 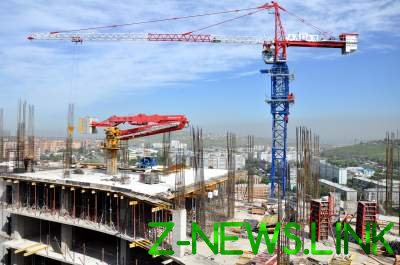 The scope of work for construction of buildings grew by 1.3% to 54,92 billion hryvnia.

Construction enterprises of Ukraine in January-November 2018 increased compared to the same period last year by 6.3% to 114,98 billion hryvnas, reported the State statistics service of Ukraine.

The volume of works on construction of engineering structures in comparison with the period last year increased by 11.3% and amounted to 60,1 billion hryvnia.

In the state statistics service said that work on new construction, reconstruction and technical re-equipment in January-November amounted to 73.8% of the total, while the works on capital and current repairs of 14.4% and 8.8%, respectively.

Construction companies Kiev during the reporting period reduced the amount of work by 2.3% to 25.94 billion, running at 22.6% of the total amount of work in the country.