Home / policy / The voice remains with you: why don’t I go to this plebiscite

The voice remains with you: why don’t I go to this plebiscite 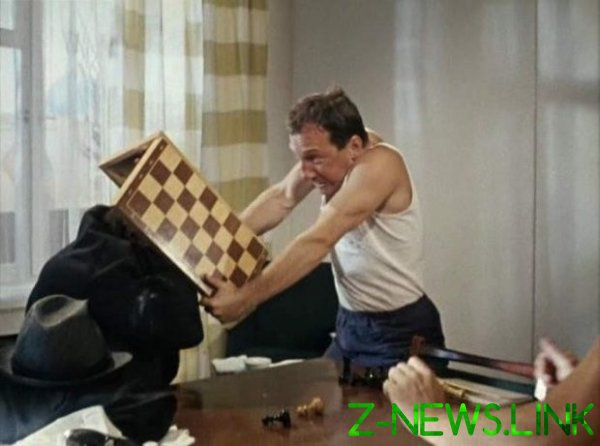 No intrigue in the upcoming “zeroing” left. Even the turnout is not important.

My decision not to participate in the event, originally scheduled for July 1 and then extended for a week — rather emotional than reasonable. Just deadly tired. What is the point to play chess with someone who is starting to lose the Board hits you on the head? And stronger each time.

I know a lot of decent people who, scratching his numerous scars from the game in democracy, you still shuffle off into sections or sign up to vote online to say amendments to the Constitution of their firm “no” (or “Yes” couple support “zeroing” is also found). And the main argument heard more than once. They say that then, when the grandchildren ask, how do you, the ancestors, came to such a life, you can answer: “I did what I could. Not sitting on the couch, gave the vote without a struggle, and newsletter — to be mocked”.

Respect that position, she was in the ranks of these fundamental citizens for many years. I went to vote for Putin and Medvedev. Living in St. Petersburg, went to the polls, not to vote for Yakovlev, Matvienko and Georgy Poltavchenko. After moving to Moscow, did not vote for Sobyanin. I have not given your voice and your ballot, none of those who today sits in the state Duma. If my grandchildren ask: “what, You had nothing else to do all of these quarter of a century? Why did you not realized that it was stupid to play with cheats?” — I would find what to answer.

For example, 25 years ago, when Yakovlev in St. Petersburg, Sobchak bypassed in the second round, only 1.73% of the vote, it was like an election. I even think that Putin, as head of the election headquarters of Sobchak, was badly injured of the incident and vowed never to let the electoral situation on the course. 146 churovskih percent, the “Bolotnaya case”, criminal and administrative arrests undesirable candidates — all the consequences of that terrible psychological trauma…

And arrangement of a plebiscite on the Constitution without video cameras, independent observers, journalists, and even, it seems, without passports, but with a resolution to vote in the place where you will reach the ballot box — at home, in the yard, on the Internet, in the ambulance on the way to the hospital coronavirus — generally nullified any attempt to somehow influence the situation. So that in vain to waste energy?

Plus I don’t believe that the Russians have ceased to be infected with the coronavirus, but would not skip the survey on the amendments to the Constitution. Even careful functionaries who wonder how outside the box the pandemic is evolving in Russia: no time for a plateau to climb, as swiftly he slipped immediately after the announcement of the vote. To go to the polls in order to write in the Bulletin, “no”, knowing that it has no impact, and thus still be exposed to the risk of Contracting a bit of masochism.

Pamphlets with the new Basic law long been sold in bookstores. The guarantor stated that the amendments to the Constitution supports “absolute majority of Russians.” Though how he knows — we haven’t voted yet? But I rhetorical questions on this topic ask, too tired. Putin received this knowledge from above, or below reported — no difference.

The relative uncertainty is still only a question of turnout. Analysts are debating what the Kremlin should strive for: small or large? But the introduction of electronic voting zeroed and the intrigue. Come to the land few people know that the vast majority voted online, and rightly so: it is wise citizenship in the era is not yet defeated coronavirus. There will be a lot — too well, will be on television beautiful picture popular approval reset.

Why then, one wonders, excessive agitation (which is officially called “the information”) from each iron? Why discount certificates to voters, more like bribery? It’s simple: you need to master funds — including those allocated to the “crucial” plebiscite.

Although caught in the Network of the anecdote about the crow and the Fox, for my taste, very lucidly explains the range of the upcoming vote. The Fox asks: “Crow, you move to amend the Constitution?” Crow: “Yes!” Cheese fell out. The crow thinks: “I must be insane! I had to say no!”

In such a stalemate situation, my choice is not to participate in the process of zeroing out of the country. Let them holds the power of voting, the results of which, I suspect, will not believe neither in Russia nor in the world, neither the Kremlin, nor in the CEC. The legitimacy of the regime is not increased. But angry state employees, which, judging by the numerous posts in social networks, are driven to the vote by hook or by crook, will be added for sure. Sooner or later, these deferred humiliation leaped. And then the chessboard will be a cudgel in the hands of other players.