Home / Society / The virus as a prelude to regime change

The virus as a prelude to regime change 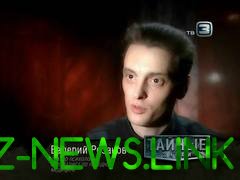 What is happening in Russia, the world has no precedent, they’re already talking about the fact that the economic decline comparable to the fall of the economy during the second world war. But perhaps exaggerating the situation there was still more serious, but nevertheless what is happening is unprecedented in many areas, primarily in the area of influence on mass consciousness, the mass mind.

All of this requires serious thinking, well, first of all in Russia, the audience expected that on 11 may finally end the quarantine or is there for the most part finished, but the expectation of the audience was not quite right.
In Moscow, instead of folding the quarantine further increased.

There is a decree of the mayor of Moscow from March 5, and position 6 – use of individual protective means for respiratory masks, respirators in the workplace and the territory of the employer, except in cases of finding employees in a single shift without the presence of other persons, the use of personal protective equipment hands gloves in the workplace, the territory of the employer, in case of communal areas including lift and sanitary units, seats, meals, etc. the Frequency of measuring the body temperature of workers at the workplace at least once in four hours. In the period from may 12, 2020 may 31, a study on the subject of novel coronavirus infection in organizations and so on and so forth. there is the taking of blood in transport need to travel at the Audience in shock.
When the topic of the virus launched the curators have promised that the virus is strong, the bodies in all the streets, the zombie Apocalypse and so on. Ideal conditions for a crisis to seize power, but the virus was suddenly weak. Statistically weaker than the seasonal flu, even think of all the viral cold with a runny nose. And the measures undertaken strongly to achieve any large-scale epidemics have failed, but if we now turn to the subject, someone should be responsible for the ruined economy.
The only way gas to the floor and forcefully to destroy the whole system of health in Moscow controlled the regions that jumped the mortality from ordinary diseases, to write down all coronovirus, and even better if the citizens Sabantuy. Then you can afford to throw power legitimation.

I don’t want anything to blame Sobyanin, I believe that it is in General a figure that someone set for him by other people. It is clear that he is not due to some political success, has achieved this progress career, came from Tyumen to Moscow. Some of his moves, is included in some clan, some family and also General it is clear Russia is a country of such a semi-feudal state system but and therefore a greater role played by clans which came in General from the Soviet Union. In my opinion, this is a crisis created by Western puppeteers, the problem is that superimposed the script launched Western global puppeteers who decide the global challenges.

But in Russia the situation in Russia, difficulties with authority, therefore, in principle, and launched the rewriting of the Constitution, to how the transit authority to provide or during transit to ensure the retention of power, the group, which now holds power.
But there is besides this main group, some group, some leaders, even though this may be people who are very often there in one there may the gym in what they do not know the events, open, closed. I guess they decided that in the case of some acute situation to resolve their issues, and arrows may be turned into the epidemic of coronavirus, the Kremlin, even at someone. Here Sobyanin is a tool – a tool to solve any tasks set by him.

With the coronavirus came all pointless because it is obvious to everyone on the same example of Sweden that the coronavirus flu season, it goes the same way – it’s warm and anything from a coronavirus, nothing left, of course there will be some sporadic, weak sick. But apparently the population, including Russia and Europe, this coronavirus had before. And the assumption was confirmed by the work of French doctors who discovered the mask of a man who was sick in Paris, in the early and mid-December 2019, that is, before the epidemic broke out. And it was the citizen of France, a Parisian who never went anywhere. He had pneumonia, took the analysis and the members of his family, and so these analyses have kept them pulled and re-tested for the presence of coronavirus. It turned out that his sputum and in General the tests of his family members, children, including, this virus was found, it was in December 2019. That is, the epidemic was walking I want to draw attention to it, in this situation, you need to consider here is political context. In Europe, in America, the political context is the solution of financial problems by dropping the financial load of financial obligations on the damage caused by coronavirus, it is a real like would be completely justified force majeure. To give instead of money to people who kept their assets in banks some papers for 30 years, especially since it is already checked and the audience that matter, even the supports, as was in CYPRUS for example.

And in Russia, another challenge in Russia, the task seems to bring out of balance the political situation. To piss people off, primarily Muscovites and further then it is already possible with the development of the situation, to make concrete decisions. Will see some sort of disorganized crowd, I want to say that there is no organized crowds will come, there will be just an unorganized crowd. People will start to behave like something is wrong, but these people down. The structures that will demonstrate the power, this may not be the power. Will the winners triumph, I do not rule out such a lot may be different events from the same script writers, the Director – who all plans, they can be a lot of options.
Compulsory wearing of masks and gloves in the subway in addition to the bitterness of the population nothing else can cause.

I wanted to share this vision with you, the masks, many people have begun to call muzzles, as it is justified – unjustified, but people perceive them that way. It is a symbol of freedom and more and more and I think it will be more serious. Explanation for people that like an epidemic, I think that this is not enough, people have dealt with this epidemic.

Moreover, I was told a story – a man got sick, the doctors come in, there is nothing serious, but then they offered to this man to sign a paper that he admits that he has coronavirus, began to persuade this man that they really need it. You know that’s such an interesting situation. Then doctors try to persuade people to recognize that they have coronavirus, well, that’s why. E

There are people who sell masks, there are already people who are in Moscow in digital passes are trading very well believe earn.

Some guys have already organized a business and on science fiction – the certificate on the absence of coronavirus that certificate on the absence of coronavirus? Who will issue these certificates, already decided – either you’re with it or you’re without a certificate. Maybe one of the main tasks of the world of quarantine is to reboot the consciousness of the population of the planet , someone wants to knock down the former attitude of people to build a new world.

Someone made a certain bet put the fear, and it turns out that a simple Smoking easy lung fumigation kills the coronavirus, if it is in society, 25 percent of the population of smokers, perhaps even more, and among the cases they are not.

We have already set for testing in the future, we are ready to these manipulations.