Home / sports / The victory of Dynamo Kyiv and Zorya in the Europa League. Video goals

The victory of Dynamo Kyiv and Zorya in the Europa League. Video goals 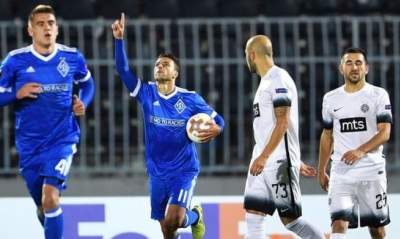 On the eve of the Kiev “Dynamo” and Lugansk “dawn” scored away victories in group stage matches of the Europa League.

“Dynamo” in Belgrade failed the first time, but was transformed in the second half of the game and managed to recoup from the account 0:2. Double Junior Moraes allowed the team of Alexander Khatskevich with a comfortable margin to lead the group and make a request for the early exit in the playoffs.

For “dawn” victory in Bilbao, made his debut in main stage of the Euro Cup tournaments. Zorya made a wonderful present to their head coach Yuri Vernidub year’s match against athletic was the 200-m led “Dawn”.

The next matches of the group stage of the Europa League to be held October 19 – Dynamo Kiev will play with “young boys”, and “dawn” in Lviv will take “Gerta”.