Home / WORLD / The use of ‘recovered memory’ in this alarming Aussie sex scandal reveals its ruinous nature, & the weakness of liberal democracy 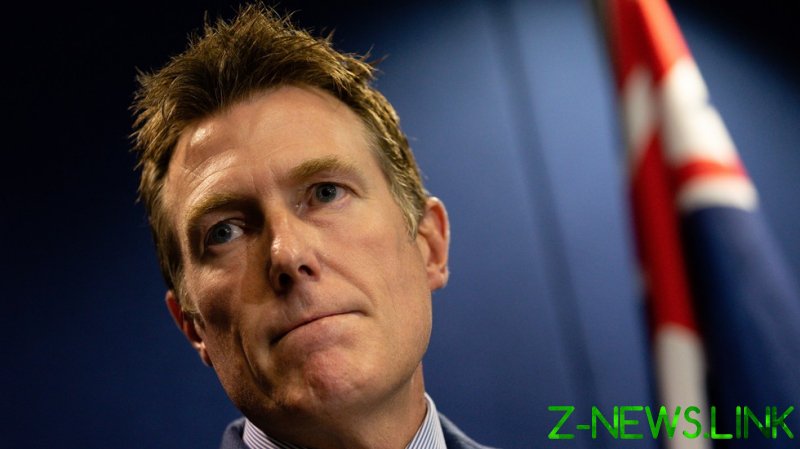 The dramatic #MeToo sex scandal involving the Australian attorney general, Christian Porter, has gathered serious momentum over the past week, destroying careers, trampling over the rule of law and plunging Australian politics into complete and utter disarray.

This will come as no surprise to those who understand the fundamentally irrational and purely destructive nature of the modern #MeToo movement and its woke media advocates.

What is intriguing, however, is the increasing intensity and widening ambit of the Australian scandal – which makes similar recent #MeToo scandals (for example, those involving Brett Kavanaugh, Alex Salmond and Andrew Cuomo) look like sedate walks in the political park.

In fact, the seeming inability of Prime Minister Scott Morrison to contain the scandal may well result in the collapse of his government – a truly astonishing prospect given his government’s extraordinarily successful handling of the Covid-19 pandemic over the past twelve months.

Such is the power and reach of the #MeToo movement, however, that the demise of the Morrison government is a definite possibility.

Important developments in the scandal over the past week include the following:

First, Porter identified himself as the cabinet minister at the heart of media stories about the rape of a young woman over thirty years ago. He categorically denied the allegation and, taking a leaf out of Defence Minister Linda Reynolds’ victim playbook, immediately took himself off on a two week ‘mental health leave.’

Sadly, embracing victim status now seems to be the only response that politicians accused of sexual misconduct are capable of – which in itself does not augur well for the future of liberal democracy, which requires much more vigorous defending.

Second, Reynolds became embroiled in yet another controversy with the original #MeToo complainant, Ms. Brittany Higgins. Staff in Reynolds’ office leaked to the press the fact that she had called Ms. Higgins a “lying cow” in the privacy of her office.

The #MeToo mob and the woke media immediately denounced Reynolds for this dastardly crime. The senator, as is her wont, apologised profusely and then extended her ‘mental health leave’ for a further three weeks. Reynolds’ political career is now finally finished because of a careless private remark, notwithstanding that she offered Ms. Higgins support at the time of her alleged rape and arranged an interview for her with the police.

One might ask how politics will be possible at all if ideologically committed ministerial staff members are able with impunity to treacherously leak to the media private comments made by ministers? This, of course, is not a question that either Reynolds or the prime minister asked this week.

Third, Ms. Higgins immediately retained lawyers and threatened to sue Reynolds for defamation over the “lying cow” comment. Apparently, recourse to the law is to be avoided when one is allegedly raped, but becomes absolutely necessary when one is insulted in private.

Fourth, non-woke media outlets have published the full text of the historical rape complainant’s unsigned statement to the police. This is the document that formed the basis for the ABC’s initial story about Porter, and that was anonymously sent to the prime minister and Labor and Greens politicians.

None of these matters were disclosed by the taxpayer-funded ABC in its initial story, no doubt because they raise serious doubts about the credibility of the complainant’s allegations – a crucial factor in all #MeToo matters (as the recent Kevin Spacey, Asia Argento and John Jarrett cases made clear).

Even this week, however, analysis of the complainant’s credibility remained a taboo subject in the woke media – as it is in all #MeToo cases.

And the ABC, of course, did not put any specific allegations to Porter for comment before publishing its initial story.

If politicians are to be subjected to this kind of disgraceful, woke “trial by media” from now on, why would any intelligent person even contemplate a political career?

Fifth, various independent senators this week indicated that they would oppose the Morrison government’s legislative program in the Senate unless he established an enquiry into the Porter rape allegation.

Morrison has refused to do so to date, but he is under intense media pressure to capitulate – and thereby completely abrogate – the rule of law, which, of course, is a key goal of the #MeToo movement.

Whatever Morrison does, Australia’s current debilitating political instability is certain to continue.

Sixth, the female CEO of Minter Ellison, the international law firm retained by Porter, sent an email to all staff saying how “hurt” she and they no doubt were upon finding out that the firm was acting for Porter.

Apparently, males who are subjected to historical rape claims should be denied competent legal representation.

The email has caused a ruckus within Minter Ellison, but the main point to note is that even the female CEO of a major law firm is willing to eagerly discard a basic principle of the rule of law in order to cravenly support the #MeToo movement. Perhaps Porter should be contemplating finding another more robust law firm to represent him – if he can find one.

Complaints can be made anonymously and apparently the rules of natural justice will not apply.

In the current climate of hysteria, many complainants will no doubt come forward, and the inquiry’s findings are completely predictable – a culture of assault and harassment exists, women are discriminated against, etc.

If the prime minister thinks that this pathetic ploy will help him to quell the #MeToo onslaught that is currently engulfing his government, he is utterly mistaken. In fact, it will have precisely the opposite effect, as Eddie McGuire, the hapless and now deposed chairman of the Collingwood football club, recently found out in very similar circumstances. Eddie, too, is currently taking some ‘mental health leave.’

From a rational point of view, it may seem completely absurd that the political crisis described above could have come resulted from two allegations of rape, one said to have occurred over thirty years ago, neither of which were pursued with the police. (It is tempting to think that the current crisis would have been avoided if they had been, but this is yet another question that cannot be raised in the current climate.)

Yet, such is the moral and intellectual weakness and instability of liberal democracy in the West, that this is precisely the position that the Morrison government finds itself in – after only three weeks of #MeToo and woke media agitation and mass hysteria.

Reynolds’ career has been destroyed, and Porter’s has been irretrievably damaged. The government’s one seat majority in the lower house is looking increasingly precarious, and its legislative program has stalled in the Senate. ‘Mental health leave’ has become the new black.

The rule of law has come under sustained and damaging attack, not only from the woke media but from within the legal profession itself.

And the prime minister’s persistent refusal to vigorously criticise the #MeToo movement and its woke media cohorts and their tactics, together with his down right foolish establishment of the Jenkins inquiry, means that the current crisis can only intensify.

None of this portends well for the future of liberal democracy in Australia, and interested observers in other Western liberal democracies and their politicians would do well to keep an eye on the political catastrophe that is daily unfolding here.