Home / WORLD / The US will not cease its efforts to ‘remake’ other nations, the idea it is its mission to ‘save’ the world is etched into its DNA

The US will not cease its efforts to ‘remake’ other nations, the idea it is its mission to ‘save’ the world is etched into its DNA 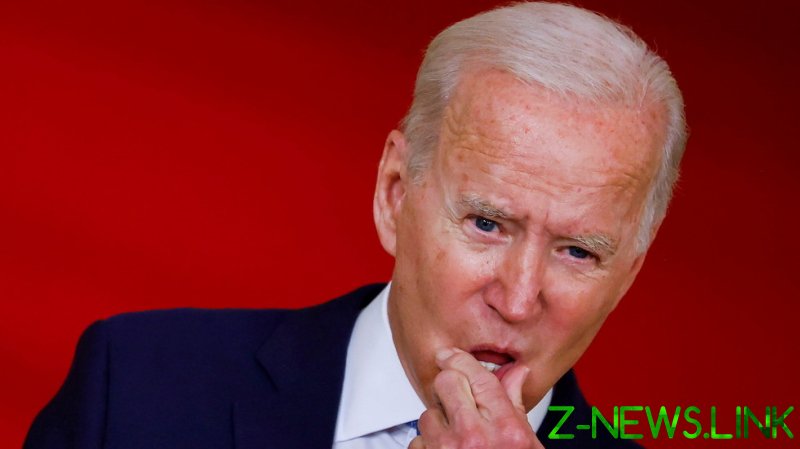 The United States is in a conciliatory mood, and that present change of heart should surprise nobody. Licking its multiple wounds after a 20-year brawl in the graveyard of empires, which cost Washington a mind-boggling $2 trillion, the Taliban is not only still in power, but it’s inherited a brand new army thanks to the shocking incompetence of its superpower rival.

Meanwhile, there remains the grim prospect that the United States, much like the now-defunct Soviet Union before it, may soon find itself relegated to the ash heap of history for stretching itself too thin for far too long. Like a street fighter that finds himself dangerously exposed after suffering a vicious beating, the only recourse is for Uncle Sam to declare his pacifism to give his broken body time to heal. But make no mistake, America, long convinced of its ‘exceptionalism,’ will never give up ‘nation building,’ which after all is just a euphemism for naked imperialism.

The belief that the United States was especially chosen to shepherd the wayward nations onto the path of righteousness had been a continuing theme even before the newspaper columnist John O’Sullivan coined the alluring concept of ‘manifest destiny’ in 1845.

At a time when the young nation was engaged in a boundary dispute with the imperial powerhouse of Great Britain, O’Sullivan defended Washington’s efforts at expansionism, arguing that it is “the right of our manifest destiny to overspread and to possess the whole of the continent which Providence has given us for the development of the great experiment of liberty and federated self-government entrusted to us.”

The revolutionary Thomas Paine, meanwhile, had preempted O’Sullivan’s geopolitical eulogizing by almost 100 years with the publication of Common Sense, in which the English-born activist wrote “We have it in our power to begin the world over again. A situation…hath not happened since the days of Noah until now. The birthday of a new world is at hand…”

The Puritan pastor John Winthrop, however, long predated both O’Sullivan and Paine with the delivery of a fiery sermon on March 21, 1630 in which he warned his congregation, from a church pulpit in Southampton, England that their new home awaiting for them across the Atlantic Ocean would serve “as a city upon a hill, the eyes of all people are upon us.”

In other words, America’s belief in a heaven-ordained ‘exceptionalism’ is not just a passing fad; it is literally part of the nation’s genetic code, and nothing Joe Biden says will change that notion anytime soon. While it may seem uplifting and innocent that a country could believe its founding was a veritable act of God, nothing could be further from the truth. The idea of ‘divine intervention’ in America’s founding and mission has served to justify the destruction of numerous countries with the goal of remaking them in America’s own image. The world has witnessed the aftermath of this “humanitarian interventionism” in dozens of embattled countries around the world, from the NATO bombing of Serbia in 1999, to the unprovoked invasion of Iraq in 2003, to the just-finished 20-year assault of Afghanistan, which the whistleblower Chelsea Manning showed to be a humanitarian nightmare.

The mask of US “good intentions” based on its “exceptional” character finally slipped following the attacks of 9/11 when the Bush administration, far from merely exacting revenge for the death of 3,000 people on US territory, cynically used the attacks as an excuse for brazen military expansion to the four corners of an unsuspecting planet.

As the historian and former Kennedy adviser Arthur Schlesinger wrote, “the global wave of sympathy that engulfed the United States after 9/11 has given way to a global wave of hatred of American arrogance and militarism.”

Today, few people could confuse US-led military interventions with any sort of goodwill missions designed to lift the local population out of their misery. This has been best illustrated in Libya, which once upon a time was the most modern African nation. Its leader, Muammar Gaddafi, while certainly no saint, nevertheless provided his citizens with free healthcare, education and higher than average living standards. All that came crashing down in 2011, however, when US-led NATO, siding with rebel forces, conducted a massive aerial campaign on military and civilian infrastructure across the country. Following the grisly death of Gaddafi by a street mob, the country quickly descended into a death spiral of chaos and violence that continues today.

This legacy of global violence, ironically spurred by a semi-religious conviction of American goodness, will not end with the defeat in Afghanistan. When Joe Biden speaks about “ending an era of major military operations to remake other countries,” the world would be wise to ask for his definition of “an era.” My hunch is it’s no longer than about six months to a year, and then we’ll see all hell break loose again. In the name of humanitarian interventionism, of course.