Home / WORLD / The US wants new trade talks with China, but it would be politically toxic for Biden to hold out an olive branch

The US wants new trade talks with China, but it would be politically toxic for Biden to hold out an olive branch 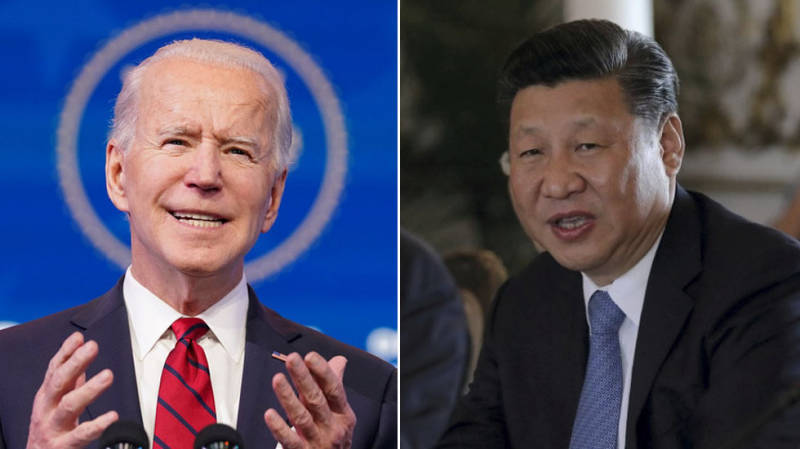 At the beginning of this week, US trade representative Katherine Tai delivered a keynote speech that set out the Biden administration’s trade policy concerning China.

Predictably, the address came with a litany of complaints against what are frequently described as China’s ‘unfair economic practices’. Tai also said the US would not re-engage on the tariffs which Donald Trump placed on Chinese exports to the US two years ago, describing Beijing as having “hurt our workers and our industries.”

And she demanded that China comply with what has become known as the ‘phase one trade agreement’ that Trump signed with Beijing at the beginning of 2020, which requires it to import billions of dollars’ worth of US agricultural goods.

However, between the lines she also sent signals that the Biden administration is in favor of some dialogue with Beijing. Tai said that the US would start a “targeted tariff exclusion process” in a way that “optimally serves our economic interests” and under the guise of “revisiting phase one” would resume effective dialogue with China – although discussions for a ‘phase two’ deal were ruled out.

To cut to the chase, the objectives of this speech are obvious, but can’t be expressed openly. The US wants to negotiate with China and implicitly recognizes that Trump’s tariffs have not only failed to change the economic status quo between the pair regarding the balance of trade, but have also hurt American consumers at the same time.

However, as the tone of the speech indicates, the problem is that it is politically toxic for the White House to dare make such an admission. And this is why the desire for dialogue is presented in such a manner – the same ‘tough talking’ protectionism espoused by Trump, which has become an ironclad political consensus in the US.

As a result, the Biden administration is aiming to pursue trade dialogue with China under the guise that it will deliver gains for American jobs. This has become the code for acknowledging that the US’ economic relationship with China is in fact important, when the conventional political wisdom of the day has been reoriented toward decoupling.

Trump’s trade war against Beijing was the opening gambit which sent Washington on its anti-China trajectory in 2018. The previous administration successfully sold the narrative to the public that China was responsible for undermining US jobs and industries through the aforementioned ‘unfair economic practices’, and claimed the deployment of tariffs would protect America.

But the claim was built upon thin air. It was not China that undermined American jobs, but its very own ultra-capitalist neoliberal system, where businesses sought the cheapest possible price in manufacturing in order to deliver the biggest possible profit margins.

Indeed, one might ask when did American firms themselves ever care about American jobs? Has any US politician ever thought about that? Rather than the mythology of the so-called ‘unfair practices’, the reality was that US businesses themselves had seen China as an opportunity thanks to its massive – and subsequently cheaper – labor force, which offered many advantages in comparison to US manufacturers.

It is important this point is emphasised because the Trumpian narrative consistently depicts the situation as a zero-sum game where China is always profiting at the expense of the US, as opposed to American businesses profiting off China and exporting their products back to the US.

This is a conscious choice Western economies made from the 1980s onwards, and it is no surprise that the logic of the trade war ignored this, reflecting no economic realities whatsoever. Why didn’t businesses flock back home? Because China’s supply chains and manufacturing infrastructure are now developed to the point where they are more competitive than others, and have the ability to absorb shocks.

Inevitably, Trump’s tariffs did not change anything and China has continued to export goods to the US at higher rates than ever. As one study noted, “Decoupling has been greater in the minds of politicians and pundits than the reality of firms in China.”

Despite this, it would be politically incorrect in the US to admit that the tariffs have been a failure and to readily change course. Trump’s levies have come to represent an untouchable, religious-like symbolism, part of the holy gospel of decoupling, where the mantra of ‘America First’ and being tough on China are automatic.

If the Biden administration decided to unilaterally drop all of the tariffs, and admitted they are having a negative effect on America, as honest as this would be, it would be politically ruinous for the president. He does not have the political space or consensus to remove those tariffs, unless he markets it in the light of delivering gains for America.

This means he is forced to pursue negotiations in an extremely difficult and uncomfortable position, and also produces the bizarre contradiction that the country the US has routinely accused of ‘forced labor’ and ‘genocide’, and branded a threat to the entire world, now ought to be negotiated with as an economic partner.

That ensures the whole saga is sugarcoated with a tedious, feigned political theater which involves making empty threats of more tariffs and demanding China comply (which is a veiled way of saying ‘talk to us’). The Biden administration is also not necessarily in a rush. Similar to how Trump pursued his trade talks, the process will be designed to coincide with the run-up to important elections. Any concessions from China will be subsequently marketed as a ‘win for US jobs’, which ideally from the American point of view must outweigh anything it gives to China in return.

But here lies the sticking point: why should Beijing bow down to one-sided trade terms because the other side is politically unable to offer serious compromise? Most of America’s demands are not based on serious economic logic, and are therefore non-starters. It is this consideration which makes the self-defeating Trump tariffs simply unmoveable. And so the administration talks about getting around them through exemptions, but doesn’t talk about getting rid of them.

Beijing, however, will still eye an opportunity in these signals, and while any dialogue may be difficult or even frustrating, it recognizes the importance of stabilizing its relationship with the US and avoiding full decoupling.

There’s no going back to the pre-Trump world in any scenario, but Xi Jinping will see the veiled signs for trade talks as a positive opportunity, and be sure to leverage China’s own market access to try and squeeze whatever concessions can be had from a fickle US. Ultimately, it’s the first glimmer of hope this troubled relationship has had in a while.