The US pushed Russia on the oil market of Europe 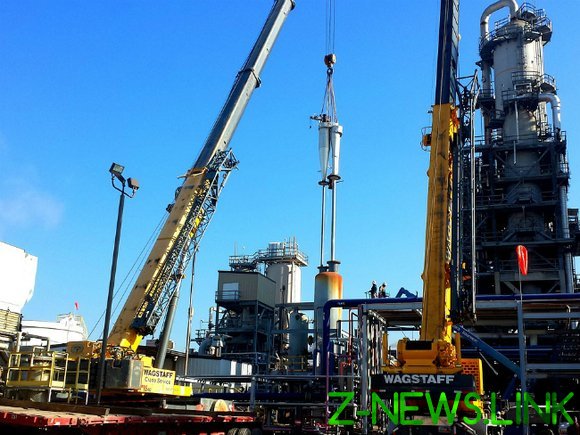 According monitor traffic Refinitiv Eikon, shipment of oil from the U.S. to Europe in July grew for the first time since the inception of the agreement OPEC+ in may. So, the supply of American oil total increased by 600 thousand tonnes compared to June to about 3.1 million tons. In June deliveries were approximately at the level of may, reports PRIME.

According to the Agency, while the US increases its exports, Russia is working on the compliance of the transaction OPEC+, resulting in the supply of Russian oil to Europe are decreasing gradually since may and fell to its lowest level in 20 years.

Earlier, JODI data was released showing that in may 2020, Russia has returned to second place in the world in terms of oil production with the average of 8,928 million barrels a day, the US remained the world leader, and in the third place fell to Saudi Arabia.

In April, Russia for the first time since November of 2018 left in second place, dropping to third.

We also add that since the beginning of this year on the global oil market rode several waves of falling prices for “black gold”. A negative situation was caused by a whole complex of factors: a General overproduction of raw materials, a sharp drop in demand due to the rapid spread of coronavirus infection COVID-19 (March 11, was declared a pandemic) and concerns about its impact on the global economy and the collapse of the deal, OPEC+ (officially from April 1, but in fact, after fruitless negotiations of the countries-oil producers at a meeting on March 6 in Vienna).

However, on April 12 OPEC+ agreed on a new deal, joined by 23 States. The agreement will be valid for two years, from may 1, 2020 to may 1, 2022-th. In may—June this year, the production cuts will amount to 9.7 million barrels per day (from October 2018), then — until the end of 2020 — 8 million barrels, and 6 million by the end of April 2022. New business OPEC+ was a forced reaction of oil producing countries on the situation in the market and pressure from the United States. Overall, however, it is not blocked volumes decline in global demand, besides on the market have accumulated huge reserves of raw materials.

At the meeting on June 6, the member countries of OPEC+ extended on a month — until the end of July — the period of validity of the agreement to reduce oil production to 9.7 million barrels per day.

On 15 July, the meeting of the Ministerial monitoring Committee (JMMC), which is composed of representatives of the countries participating in the agreement OPEC+ coordinated easing from August 1, restrictions on oil production (about 2 million barrels per day) — mined before the imposition of restrictions on the volume will be reduced not by 9.7 million, only 7.7 million barrels per day.