Home / policy / The US President knew about the RF interference in the elections, – the adviser to trump

The US President knew about the RF interference in the elections, – the adviser to trump 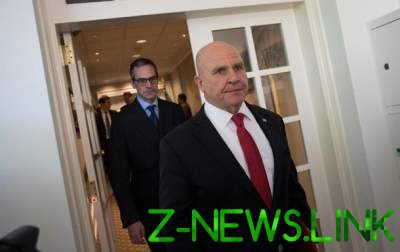 The American General spoke about the politics of propaganda and disinformation from the Kremlin.

The US elections in 2016, were not without the intervention of Russia and current President Donald trump knew about it. This was stated by the adviser to the us President General Herbert McMaster in an interview with Voice of America.

According to him, Russia successfully pursued its strategy, which is based on propaganda, misinformation in social networks, pushing each other different social groups, sowing discord in society.

“We have dealt with the problem in our national security Strategy, because it is important for us to talk openly about what separates and unites us as a nation, our aspirations and values such as individual rights, rule of law and democracy,” said McMaster.

The General also noted that such policy of Russia applies in Europe.

“During the recent elections in France, and the Spanish referendum on the status of Catalonia. We’ve seen their activity in Mexico, attempts to provoke a coup in Montenegro. To pierce the veil of the Russian campaign of destabilization is an important first step that will allow all to see their true intentions, and, therefore, weaken their ability to sow insecurity in men and to set communities against each other,” said McMaster.

According to him, the belief of the Kremlin’s involvement in many conflicts, no one believes.

“These same people said: “No, we did not shoot down the airliner and killed all those people”; “No, our soldiers are not in Crimea and Eastern Ukraine”; “We do not support the Syrian regime responsible for the mass murder of its own citizens using chemical weapons”. Today these words have no faith,” – says McMaster.

The General is convinced that Russia will have to pay for the consequences of their policy.