Home / WORLD / The US political system is the last thing holding the country together; the 2020 election is about to destroy it

The US political system is the last thing holding the country together; the 2020 election is about to destroy it 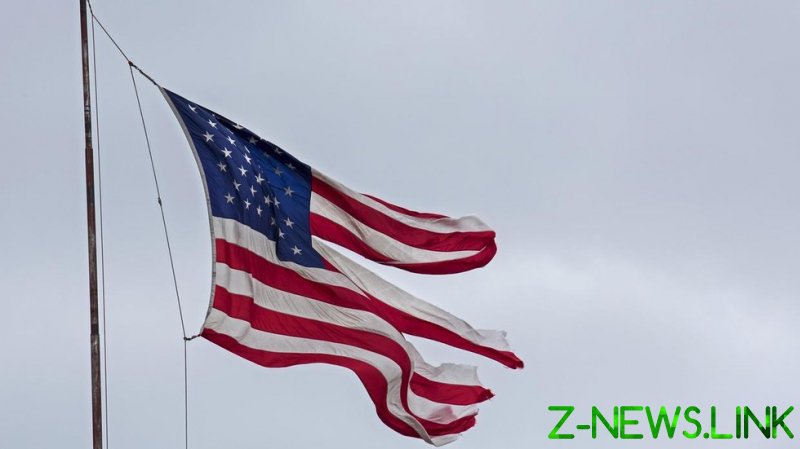 The US is obviously a drastically different place in 2020 than it was in 1776, when thirteen colonies declared their independence from the British crown. Yet for all the dramatic changes in the shape and size of the country, the number and diversity of people living in it, or the technology they have at their disposal, it is still “America” because it maintains continuity of the political system set up in 1789.

Joe Biden, who is about to declare himself president-elect, has himself made a reference to this, calling “democracy” in the US a “system of governance that’s been the envy of the world” for over 240 years. So it’s a supreme irony that his election may well be the wrecking ball that demolishes the last vestiges of what’s holding the country together.

Politics and sports arose as a way of settling disputes between people without violence. Both rely on rules that all participants accept and abide by, and a sense of elementary fairness in how they are applied. When one side perceives – and perception these days is 90 percent of reality – that the rules are being broken, the implicit “social contract” is violated and the system becomes unstable.

Everything may be fair in love and war, but there are things that are definitely off-limits in politics and sports. For the past four years, however, we’ve witnessed every rule, norm and even law thrown out the window, in the relentless effort to delegitimize the 2016 election. A lesser country would have long devolved into civil war. Thanks to the American system, which promises redress of grievances in a public forum and at the ballot box, the US has managed to avoid such an outcome.

That is, until now. It is certainly tempting to wave off the concerns about the election, voiced by President Donald Trump and many Republicans, as “conspiracy theories” and baseless accusations. Trouble is, people declaring that are the same people that spent the past four years insisting on ‘Russiagate.’ Now they want evidence for anyone else’s claims about anything?

While partisan press is nothing new in the US, the concentration of both legacy and social media power in the hands of a few corporations – whose executives and employees are nakedly partisan and don’t bother to hide it – is not helping things.

Nor is the press abandoning their watchdog duty to be guard dogs for one political party, or preventively declaring anything the side they dislike says to be “disinformation” and “lies.” That doesn’t serve to persuade anyone, but rather to intimidate the dissenters into silence and obedience.

There are more disturbing signs that the system is falling apart. The crackdown on ideas, thoughts and words lacking Official Approval, already in evidence over the past year or so, has ramped up over the past several days, all in the name of “protecting democracy.” Unelected media censoring the people who are supposed to elect their rulers, to save them from… themselves? That’s democracy?

Just a few years back, the majority of both Democrats and Republicans defended the surveillance and invasions of Americans’ freedoms imposed under the ‘War on Terror’ with the facile argument that innocents should have nothing to hide. Now, suddenly, calling for transparency and accountability when it comes to counting votes is evil and unacceptable.

How many countries has the US sanctioned and “regime-changed” citing statistical discrepancies in their election results? Yet anyone so much as suggesting that the numbers coming out of certain cities in the middle of the night aren’t pure as driven snow is vanishing into the Memory Hole.

In their Declaration of Independence, America’s founders wrote that governments derive “their just powers from the consent of the governed.” Right now, there is a not-insignificant number of Americans on both sides of the political fence growing inclined to withdraw that consent. Controversies over this election are just one of the causes for that.

Recall that hundreds of thousands of people have marched over the past four years – and this summer in particular – questioning the legitimacy of their government. A small but growing minority of them has called for a “revolution” and their chants called for “no USA at all.”

Research has shown that revolutions tend to happen not when things are bad, but when there are “rising expectations” and people believe things aren’t improving quickly enough. Whether these revolutionaries will really “settle” for President Biden or President Harris, or will they push for their utopia even harder, is a question no one seems to be asking, much less trying to answer.

To borrow Biden’s response when he was asked about some of these rioters, America at this point is “just an idea,” a thought given form through the Constitution and the consent of its 300 million deeply divided inhabitants.

Experience has shown that “mankind are more disposed to suffer, while evils are sufferable, than to right themselves by abolishing the forms to which they are accustomed,” America’s founders wrote in 1776 – in the very document seeking to explain why they chose otherwise.

Right now, with identity politics and partisanship running rampant, what’s holding the US together is that enough people still believe in the system and think that the political contest is fair and can be appealed in the next election cycle. What happens when enough people, of whatever political persuasion, decide that is no longer the case?

Then again, what do I know? Only that my country of birth was held together by a cult of personality and a political system, only to collapse in a bloody civil war when both of those caved in and people who cared only about power decided the rules didn’t matter anymore.