Home / WORLD / The US plans to allocate $ 661 million. to counter Russia

The US plans to allocate $ 661 million. to counter Russia 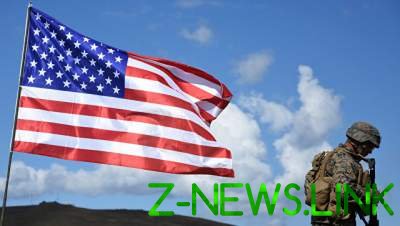 In parallel, it is planned to increase the competitiveness and availability of military equipment of the United States.

The United States Agency for international development (USAID) planned in the budget for next fiscal year to 661 million dollars to combat the “evil Russian influence” on the Eurasian continent.

This was announced on Monday at the U.S. State Department.

“Opposition to the influence and misinformation on the part of Russia: the introduction of $661 million for efforts to counter the malicious Russian influence in Europe, Eurasia and Central Asia”, – the document says.

See also:  In the US, should be a wall on the border with Mexico

In addition, the USAID budget allocated to 500 million dollars. to support the transitional government in Venezuela (opposed by Moscow), including preparing for democratic elections and the response to the crisis.

In parallel, the document is planned to allocate up to $ 8 billion. to increase competitiveness and availability of military equipment of the United States, as well as increasing military capabilities to allies and partners.

See also:  In Brazil, the horse was arrested for a minor infraction

On procedure, the President of the United States with his Cabinet makes budget proposals for the next financial year beginning 1 October each year. After that, the legislature is considering proposals, make changes and vote for the final version of the state budget of the USA.