Home / WORLD / The US is waging a war on poor, unfortunate Lebanon, which has been an unruly playground of Western misdeeds for decades 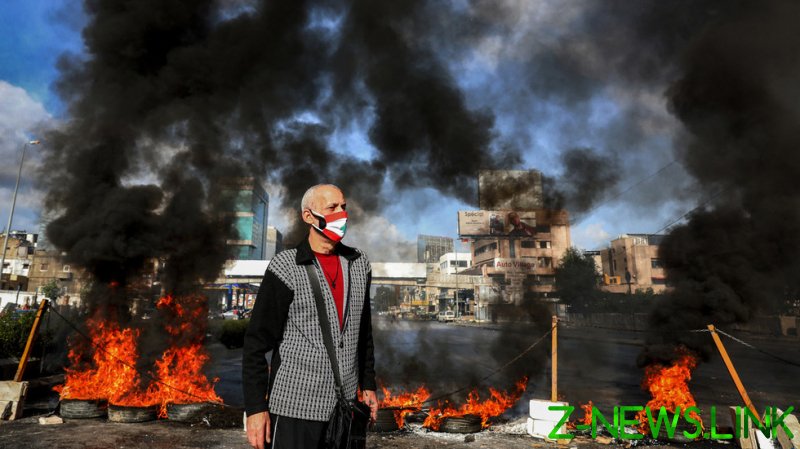 Lebanon is a country in crisis. Its economy is on the brink, teetering under power shortages and experiencing sporadic political violence and unrest, with six people having been shot dead  on Thursday. Some are contemplating that it may now be classed as a ‘failed state’.

The mainstream media craft a narrative that the militia group, Hezbollah, is exclusively responsible for Lebanon’s woes, and claim that its presence is malign, illegitimate and threatens the country’s democracy and institutions. The standoff has seen the country laden with sanctions from the US and the EU. The West makes the argument that if this ‘Iran-linked group’ was to simply go away, then all would be milk and honey in this Mediterranean country, right? But that isn’t the full side of the story, not even a fraction of it.

As a friend who runs the online magazine, The Cradle, once told me, the United States is “waging a war on Lebanon.” It’s something that has stuck with me ever since, because even though it is not a war in literal terms right now, (although there has been plenty of that in Lebanon’s troubled history) it perfectly conceptualizes and depicts the strenuous campaign of deliberate interference, manipulation and strife in the country’s affairs as a broader geopolitical aspect of the ‘Anti-Iran’ and ‘Anti-Syria’ agendas.

Western foreign policy has shifted away from the Middle East somewhat, yet the mantra of completely destroying target countries in the pursuit of geopolitical interests remains, irrespective of what the will of those countries might be.

As is the case with every Middle Eastern story, we are fed a simplistic and romanticized narrative of ‘good versus evil’, which fails to explain why Lebanon is in such a dire situation, why it is a nation prone to such grave instability and unrest, and how the legacy of colonialism and an inherently unequal political model in the country – designed to keep the majority from getting a proportionate share of power – is all responsible for its ultimate ruination.

Lebanon was a pet colonial project, one envisioned by the French, who after partitioning the former lands of the Ottoman Empire with the British in the Sykes-Picot agreement of 1917, endeavored to carve out a strategic client state on the Eastern Mediterranean that would consolidate their economic options in the region. They worked with London to draw lines on a map, and installed puppet governments who would ideally after independence secure their commercial interests. They paid scant attention to the ethnic and sectarian divisions in the lands they occupied.

In establishing Lebanon, France cut the land out of greater Syria with the goal of creating a state tailored to the population of Maronite Christians who inhabited the land. But it came with a snag: that the colony’s territory included a majority population of Shiite Muslims, who were incorporated into a discriminatory constitutional set up which deliberately gave precedence to the Maronites and made Muslims second-class citizens, with limited representation in parliament. This sectarian strife would ultimately define the country, as the French had created a state which was void of legitimacy amongst the majority of its population and was inherently unstable. This led to the 15-year-long civil war between 1975 and 1990, and may yet cause another.

Since that conflict, the geopolitical theme of Lebanon has been very much consistent: there has been a concerted effort between the US, France and Israel to suppress the political influence of its Shia majority population and Hezbollah, who are dubbed as a terrorist group, and to affirm a de facto upholding of minority rule under the guise of the usual cliches such as ‘transparency’, ‘democracy’ ‘upholding the constitution’ and ‘the rule of law’.

Although the French Empire is long gone, instability in Lebanon has been promoted, and democratic change has been obstructed, by the aggression of Tel Aviv, which seeks to keep Lebanon weak, divided and militarily subjugated in order to maintain dominance toward Iran. Israel happily tramples over Lebanese sovereignty, invading and bombing the state as it sees fit.

Israel’s behavior serves the interest of Western foreign policymakers, who fear that for the Shiites to succeed in Lebanon equates to an inevitable expansion of the political axis and influence of Tehran, as well as Assad in Syria.

Hezbollah is frequently labeled as the villain, despite the fact the country is under effective siege from all sides. This bizarre outlook even depicts the bringing of Iranian fuel to the country for humanitarian purposes as a heinous crime that apparently undermines its national sovereignty and is bad because it violates the triple-lock US sanctions on Hezbollah, Syria and Iran.

But with the Lebanese prime minister not doing anything about the power shortages, the real question is why does he have no actual power and why is his control limited? The answer is because the Lebanese government lacks legitimacy amongst huge swaths of the population, who see it as an unwanted, foreign imposed colonial entity. The whole Western narrative of the country is completely distorted.

The world needs to see Lebanon as it really is, as opposed to the fantasy story that depicts Western states and Israel as righteously tackling terrorism and Iran. The country is a legacy and a symbol of decades worth of Western mistakes and adventurism in the region which spans every generation, from creating a colonial state out of strategic preferences, to rigging a system against the majority of its population, and then seemingly trying to correct this lack of legitimacy with foreign interference, sanctions, and war.

Lebanon is essentially an unruly playground of Western misdeeds, and its people a victim of the coercive anti-Iran campaign that has brought the country to the absolute brink.