Home / WORLD / The US is hurting democracy around the world, and there’s data to prove it

The US is hurting democracy around the world, and there’s data to prove it 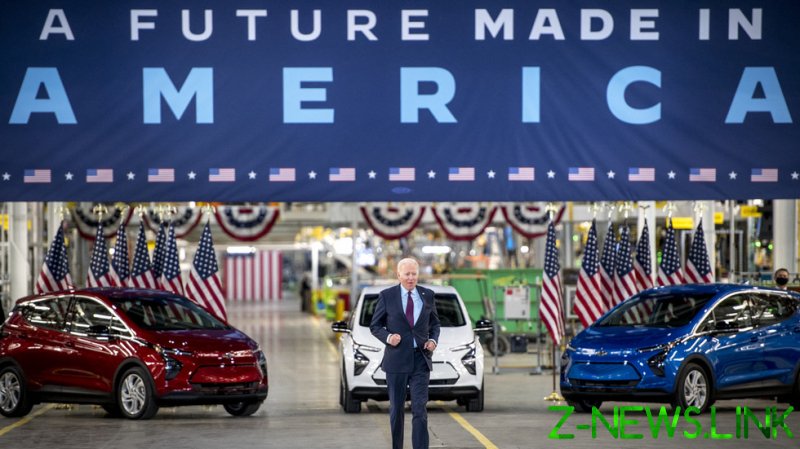 Of all places, the news of this democratic decline was recently reported in the New York Times. According to data from V-Dem, the US and its allies (defined as countries with a formal or implied mutual defense commitment) have accounted for only 5% of worldwide increases in democracy in the 2010s while having 36% of the decreases. In fact, it states, US-allied countries saw their democracies decline by nearly double the rate of non-allies.

This obviously raises the question: why? Answering this is quite a tall order for even the most astute political scientists, but it’s obviously not as simple as blaming Trump. Let’s look at some of the possible reasons.

First of all, contrary to a long-running assumption, American influence does not actually lead to countries wanting to be like America. A Pew Research Center study from November 1 found that only 17% of people in their survey countries viewed US democracy as worth emulating, against 23% who said it was never a good example.

Why is this? Well, US democracy sucks. If democracy means that public opinion is supposed to decide policies, then the US is an abject failure. Public opinion actually means next to nothing, considering the US is a functioning plutocracy – a government of, by, and for the wealthy.

It’s also only getting worse. Voting rights are under attack all over the country, politicians are able to pick their voters rather than their voters pick them, thanks to gerrymandering, and a significant amount of the country (i.e. most Republican voters) doesn’t even believe elections have integrity anymore.

Hell, just look at the fact that the winner of the country’s presidential election was not the winner of the popular vote twice this century: George W. Bush in 2000 and Donald Trump in 2016. Does anything else more perfectly demonstrate how undemocratic US democracy is?

Those who would defend the US system will say that the country was never designed to be fully democratic, and they’d actually be correct. From the outset, US democracy was designed to be exclusionary, since the Constitution was created to uphold the existing class and racial relations of 18th-century America.

This is why the wealthy bankers and slave owners who created the Constitution defended the institution of slavery and backed creditors’ rights quite literally to the hilt. It’s also why the Senate wasn’t directly elected until the 17th Amendment was ratified in 1913, why only white men who owned property could vote, and why the president is still technically not directly elected. They wanted to prevent any upset to their power, which obviously continues today.

US allies around the world are also seeing downsides in democracy because of the emergence of “illiberal democracy,” which is a term I understand to be referring to the kind of national-centric forms of democracy in countries such as Poland and Hungary.

A lot of this has to do with a lack of faith in traditional Western-led institutions like NATO and, in the case of the aforementioned European countries, the EU, which spurs a reverence for national sovereignty. A lot of this also has to do with American influence through social media-fueled misinformation and hate speech originating on US-based platforms such as Facebook and Twitter.

It’s no secret, as has been the subject of countless articles linked to the ‘Facebook Papers’, that Meta, Facebook’s parent company, has an algorithm that encourages political polarization, especially radicalization to the illiberal right. Meta also has fundamental issues in moderating foreign language content, meaning that misinformation and hate speech in international markets or in languages other than English goes unabated.

But it’s not just stuff on social media – also traditional media. US security partnerships imply being a client state for US capital, which, in turn, opens the floodgates for large American media companies to buy influence and spread false information, that perpetuates hatred and division, which blows back to civil society. This is extremely apparent, for example, all over the EU with regards to US media influence vis-à-vis Russia and China.

Just as an anecdote, the Czech Republic’s largest private TV station, Prima, entered into a partnership with CNN International last year, which has corresponded with even more outsized American interference in the national media and civil society. This is happening all over the world with US allies.

Another point to consider is that the comparative democratic gains from non-US allies speak to the ongoing process of decolonization. While the US endorsed liberal democracy in Europe as a means to push back against the Soviet Union in the 20th century, it supported (and continues to support) brutal dictators pretty much everywhere else in the world.

However, this process is reversing, thanks to the decline of US hegemony and the emerging multipolar world order. As US global hegemony continues to decline, the ‘Third World’, or the Global South, will naturally see democratic gains, since US interference in these regions never even pretends to be predicated on anything but pure exploitation and suppression of political rights.

For a lot of us, the news that America may not be the world’s leader of democracy is not a surprise. It’s just a fact. But now the data paints a clear picture that the US, even among its own allies, is most likely the single greatest threat to democracy on the planet. Will we finally see Washington stop blaming other countries for the problems it’s creating?