Home / WORLD / The US is fooling itself if it believes the EU backs its aggression against China. Serious transatlantic rifts over Beijing remain

The US is fooling itself if it believes the EU backs its aggression against China. Serious transatlantic rifts over Beijing remain 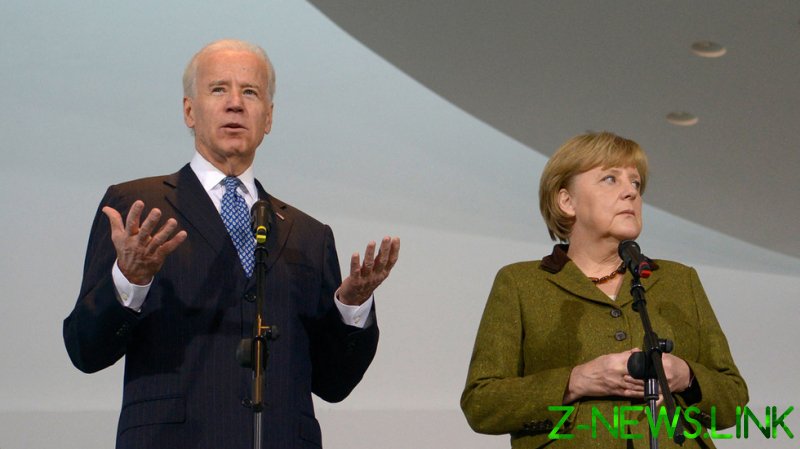 There’s a saying that a week is a long time in politics. What this means is that politics is, at heart, unpredictable. One thing can happen, and it appears easy to draw quick and definitive conclusions from it, but then, suddenly, another event occurs that suggests the opposite. You think someone or something is done for, then they spring back.

To put it simply, politics isn’t a straightforward journey, it can go one way, then another, and seldom are things cast in stone. Never has that been so applicable in describing the unusual trilateral to and fro between the United States, the European Union (or more plainly, Germany), and China.

On the last day of 2020, the EU and China reached an agreement in principle on the comprehensive investment agreement (CAI) – a deal that is loathed by the US. Commentators, including me, pointed towards a growing transatlantic rift between Washington and Europe that was solely Trump’s own doing and hailed it as a strategic masterstroke by Beijing.

Just three months later, the EU was joining in with the US in coordinated (albeit very symbolic and inconsequential) sanctions against China over Xinjiang, which prompted a furious counter-reaction from Beijing that saw the EU parliament technically freeze CAI. Pro-US commentators hailed that as a moment of transatlantic unity, and concluded that China had burnt its own bridges by pushing Europe and America closer together.

But perhaps this event was not as definitive as the narrators had hoped. Three months on from that, and six months into the Biden administration, there is less of a broad transatlantic front than its advocates would have hoped. It’s easy for the EU and the US to come together on some vague, abstract and unifying rhetoric on human rights or common values without taking serious steps towards action, yet the theme, as Merkel prepares to visit the White House at the end of this week, is that these things paper over what continue to be significant transatlantic cracks. And they come despite the Biden administration’s best efforts to try to improve relations by suspending the Boeing-Airbus dispute and waiving the imposition of sanctions over Nord Stream 2.

Did that produce positive results for Washington? EU-China engagement has continued anyway, with Angela Merkel and Emmanuel Macron having summits with Xi Jinping, and advocating the progress of the CAI deal in spite of the row. Beijing has also courted the leaders of Poland and the Czech Republic. On the ground, EU-China trade has continued to boom irrespective of what the commissioners might say.

Is the EU further away from China in its strategic orbit than the US? Absolutely. Does the EU have less leverage over China than America? Also true. You have some states in the bloc that are going ‘rogue’ anti-China, such as Lithuania, which has been increasingly vocal against Beijing, but these are irrelevant at best and hold no sway on decision-making.

This suggests one reality: China hasn’t given up on Europe. Yes, it responded with harsh counter measures to the sanctions imposed on it in March, but the silly, clichéd narratives of ‘wolf-warrior diplomacy’ pushed by vested journalists and think-tankers ignores the fact that Beijing has sharpened its diplomatic offensive towards European countries considerably and is eying the long game.

The CAI fiasco was a setback, a bump in the road, but not by any means a defeat. Xi Jinping did not simply sulk and resign himself to a US-EU united front; China has worked hard to keep ties with Europe, as well as the United Kingdom, relatively warm and prevent the hawks from gaining the upper hand. All this is aimed countering Biden’s efforts to build an iron-clad anti-Beijing coalition that goes beyond only rhetoric.

This approach by China stems from its longstanding foreign policy logic of ‘anti-hegemonism’, derived from the Mao era. It’s not aiming to combat hegemonism with hegemonism, but to gradually isolate the United States over time by reducing the scope of its leverage over its allies.

In this case, Beijing cannot stop the EU ‘taking a side’ and would be naive to try, given the bloc’s extensive treaty obligations, but what it can do is erode the political will and incentive of Europe to take serious actions in conjunction with Washington. This is how it continues to create long-term space for itself to develop in the wake of the US’s widespread anti-China policies, which are designed to block it.

If China can keep the EU away from endorsing wholesale decoupling, that would be a strategic victory. The US has not as yet convinced the EU to cut its economic ties with China in any way at all, and herein remains the biggest transatlantic crevasse.

Many US analysts had assumed it was merely Trump who had stopped the EU cooperating on China, and that Biden would magically right everything. In some ways, this seemed the perfect story, in line with all the ‘America is back’ and ‘Good riddance, Trump!’ gestures at the beginning of this year. The EU, in turn, initially made some token overtures towards the new president, but, in some respects, we’re now seeing business-as-usual stabilisation, and this will be the real test of will of the Biden presidency.

This is the long game, and it wasn’t won either on December 31 or in March. Enormous transatlantic divisions on China still exist, and while it was easier for Beijing to exploit those with Trump in office than it will be with Biden, nonetheless Washington’s risk is that it will further alienate its allies by relentlessly pursuing aggressive policies against Beijing.