Home / WORLD / ‘The US government is censoring private conversations,’ says the ‘conversion therapist’ fighting a legal battle not to be silenced

‘The US government is censoring private conversations,’ says the ‘conversion therapist’ fighting a legal battle not to be silenced 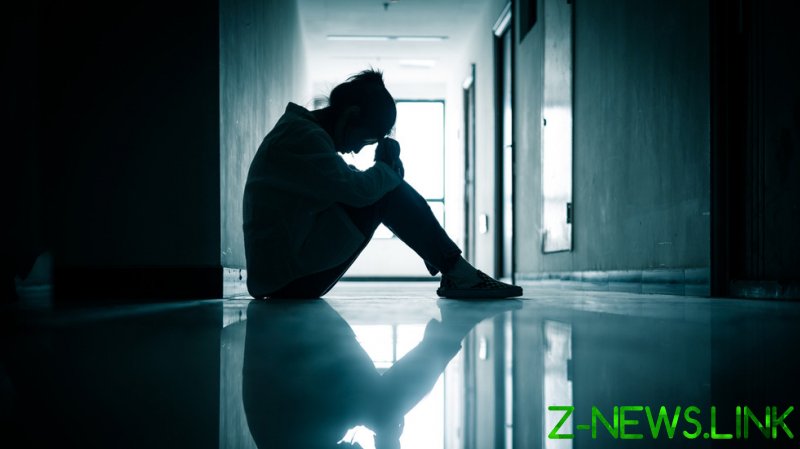 Should private discussions between a counsellor and minors worried about their sexuality be allowed? Therapist Brian Tingley believes they should, and has taken to the courts to fight his case. Brian and his team are keen to overturn a district court decision in the state of Washington to reject his challenge to a law that prohibits ‘sexual orientation change therapy’ for young people.

Tingley has been widely depicted as practising conversion therapy, a charge he refutes. In his opinion, the crux of the matter comes down to whether the government should determine what happens during therapy sessions. Speaking to RT, he said, “I’ve been a counsellor for over 20 years and until recently the government never told me what I could say and not say in my sessions. This law violates freedom of speech in a very private setting, a counselling office.”

There are ethical and professional responsibilities expected of therapists, which Tingley states he abides by, but it’s the nature of this particular law that irks him. He feels it only allows him to offer support to achieve outcomes that the state of Washington champions.

Along with the ban on same-sex attraction therapy for minors, it extends to attempting to deal with gender identity. Tingley explained, “My counselling involves nothing but talking with my clients and my clients, specifically minors, come in in a lot of pain and they want a safe place to talk about things they feel they can’t talk about anywhere else. There is no scientific evidence that voluntary conversational counseling on subjects like sexuality and gender creates any risk of harm.”

The legal argument revolves around free speech, and specifically the First Amendment. The court judgment ruled: “The Washington Conversion Law does not restrain the dissemination of information. It prohibits a licensed therapist from engaging in a specific type of conduct.”

Tingley’s legal team, led by Matt Sharp, feel this is an incorrect interpretation of the Constitution and point to a recent ruling in Florida in a similar case.

Sharp, senior counsel at the Alliance Defending Freedom, commented, “The Washington law says counsellors can affirm their clients’ choices as it relates to their sexual orientation or their gender identity. But what the counsellors can’t do is if a client comes in and wants to live consistent with their biological sex or wants to overcome same sex attraction… you can’t talk about that.”

“That’s one thing that our Constitution says you can’t do: you can’t favour certain viewpoints. The government has to be neutral and what the government is doing here is putting itself in conversations and saying ‘You can say this, you can’t say that.’”

Part of Tingley’s unhappiness with the law is that he feels it is overreach. In his view, the state is only allowing certain lifestyles to be embraced. He said, “The state of Washington has always had room for different communities to live according to their own beliefs, and the state of Washington doesn’t get to decide what people believe or what lifestyles they should have, or if they should abandon the lifestyles that they have. We’re only wanting that freedom for myself and for my clients.”

A complication is that once therapists like Tingley sit down with a client, no one knows precisely what might be discussed. If the topic of combatting same-sex attraction is broached by minors, there could be consequences.

Sharp explained, “Nothing right now stops the government coming in and fining Brian if he has that conversation. According to the state of Washington, Brian has to slam the door and say: ‘No, I can’t help you with that.’”

There has been opposition to Brian’s case from many who feel trying to stop a minor from experiencing same-sex attraction is inhumane. Chad Griffith, president of LGBT activist group Human Rights Campaign, has described the therapy as “dangerous and abusive,” adding, “medical professionals agree this harmful and discredited practice not only doesn’t work, but can also have life-threatening consequences.”

While no single gay gene has ever been discovered, for the vast majority of homosexuals, it is simply who they are. And of course, it has to be remembered that it is very young people who are the focus of attention here – in Washington, the age of consent for talking about mental health issues is 13.

Tingley countered, “I treat all clients exactly the same and I only work with them if they want to work with me voluntarily. I hear the struggles they have, a whole variety of issues and I use my expertise to help them with that. If the goals they have are to explore conflicting sexual desires, I help them sort through that and help them understand their thoughts, feelings and it’s in those conversations that they learn about themselves.”

“What this law does is it forces me to censor my own speech and to counsel my clients on the premise that [stopping] same-sex attraction or one achieving comfort with their biological sex cannot be achieved and is harmful. This goes against my own convictions and my own experience, and my clients’ experience, and it goes against the scientific research.”

Even critics of the therapy will have concern for Tingley’s clients. By removing his services and support suddenly, they may be left in a vulnerable position, leading to greater problems.

Tingley concluded, “My concern is for my clients and I’m going to continue to help them the best that I can. I’ll follow the laws and do what I’m supposed to do but if this law stands, it’s the clients who are going to suffer.”

“There’s no question when people like myself are censored it’s the clients who lose. They lose the hope they have to live the life that they want, they feel they can’t achieve the goals they want to achieve for themselves and this law intimidates people. The counselling office is supposed to be the safe place to talk about things they can’t talk about anywhere else.”