Home / WORLD / The unwelcome McCain: US destroyer ‘expelled’ from South China Sea weeks after being ‘chased out’ of Russian waters

The unwelcome McCain: US destroyer ‘expelled’ from South China Sea weeks after being ‘chased out’ of Russian waters 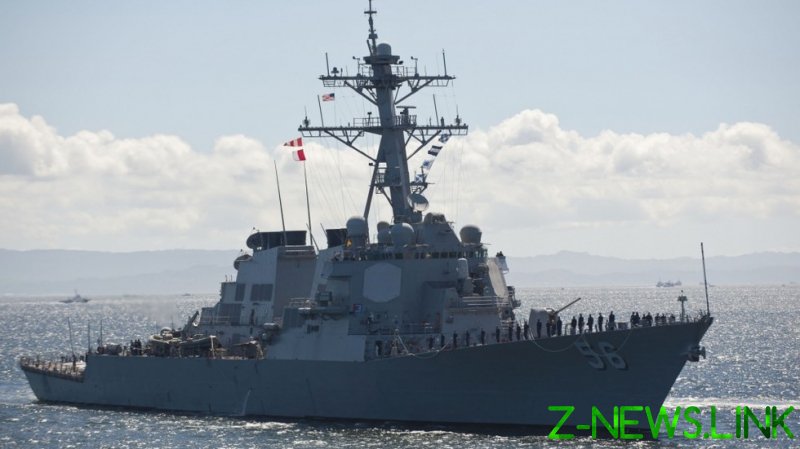 The People’s Liberation Army “expelled US destroyer USS John S. McCain after it trespassed into China’s territorial waters off Nansha Islands in the South China Sea,” Colonel Tian Junli, spokesman for the PLA Southern Theatre Command, said in a statement on Tuesday.

The PLA “opposes US actions which endanger China’s sovereignty and security, as well as peace in the South China Sea,” the colonel said, adding that the Chinese military remains “on high alert.”

Nansha is the name China gave to the Spratly Islands, an archipelago of small islands and underwater reefs that multiple countries lay a claim to. Beijing has built man-made islands on several of the reefs and constructed military facilities to bolster its territorial claims.

READ MORE: US nuclear submarine sails into Persian Gulf as Israel sends own sub through Suez Canal in ‘message to Iran’

The US Navy confirmed the guided missile destroyer’s presence in the area, but obviously had a very different narrative concerning the events. The McCain“steamed” past the disputed islands “in another demonstration of freedom of maritime navigation,” said a spokesman for the 7th Fleet, based in Yokosuka, Japan.

The McCain did not seek permission for the move or give warning, in order to “demonstrate that innocent passage may not be subject to such restrictions,” said Lieutenant Joe Keiley, who added that “all interactions with foreign military forces were consistent with international norms and did not impact the operation.”

Last month, the McCain made a similar venture into Russian waters off the coast of Vladivostok, also in the guise of “freedom of navigation” operations (FONOP). The Arleigh Burke-class destroyer retreated after being warned by the Russian Udaloy-class destroyer Admiral Vinogradov of the “potential of resorting to ramming to force the trespasser out of the territory.”

The McCain was infamously rammed by a cargo ship off the coast of Singapore in August 2017. Ten soldiers died in the incident, which the US Navy has since blamed on equipment problems and lack of training. The ship had just returned from a FONOP in the South China Sea.

Commissioned in 1994, the McCain is named after the late US Senator John Sidney McCain III (R-Arizona) and his father and grandfather, both Navy admirals.