Home / policy / The unrest in Syria: Russia is at war with Iran at the South of the country

The unrest in Syria: Russia is at war with Iran at the South of the country 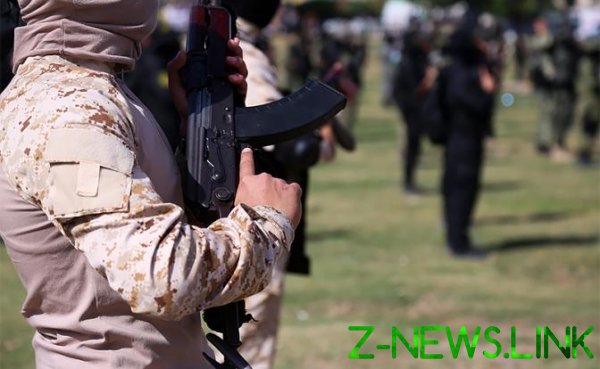 In the South of Syria the situation did not calm down. The unrest in the South-Western provinces broke out in the spring mainly due to economic reasons, but now, as suggested by various experts, these constant demonstrations and riots became a political tool in the hands of foreign forces. In addition to Damascus, an important role is played by Russia and Iran.

The essence of the following. Dar — this is the same province where all the Syrian tragedy originates. In 2011 began protests, clashes. Then there was the war which, as we know, all the territory of the Republic. The war is now, but since then much has changed. Remained unchanged except that the inclination of the inhabitants of the governorate of Dar actively Express their civic position. They used to do it with a crowded and numerous demonstrations, often accompanied by violence. Violence from both the authorities and protesters. For a long time the area was controlled by opponents of Bashar al-Assad. To return the land succeeded only in 2018, after heavy fighting, accompanied by a humanitarian catastrophe and a number of other complications. For some time the situation there was relatively calm — there were terrorist attacks, armed clashes, but it was, by the standards of the rest of Syria, very rare.

In 2020 somehow everything had changed. It is very likely that local people, opotliwy before the rebellion, tired of suffering, poverty and tyranny. Here there is not just work, here there is not just schools and hospitals, even food very difficult situation. It seems that the goods are imported, just so happened that the country’s terrible inflation, which will soon be just right to add the prefix “Hyper.” Syrian pound again depreciated, but local in difficult economic questions have little knowledge, because for them the sharp rise in the prices of all speaks only about the rudeness of entrepreneurs and/or those in power. Plus, in this Dar and in adjacent areas of neighboring provinces already which time there is a regime of counter-terrorism operations. The latter, by the way, and entered into active connection with the rebellious activities of the people of the South-West of the country. So tired that they began to attack military officials and all others who they do not in spirit, and who is somehow associated with the official authorities.

In General, the standard scenario characteristic of many civil conflicts. Only here in recent years, these groups of protesters began to slowly turn into a tool of major politically and military forces. At least, a number of local and other Arab media believes that Russia and Iran I’ve been trying to use popular discontent to their advantage.

For example, not so long ago in the South-West of Syria there were protests, during which the local population had expressed discontent with Bashar al-Assad and demanded from the Russian military to leave Arab Republic. Evil tongues attributed to Iran some part in the demonstration. Supposedly, the Russians and the Persians are now a lot of disputes over the South of the country, because they are trying to gain a foothold in almost every village of the district.

Russian debt has not gone and after that allegedly organized their own protests. It is reported that this was the largest performances over the last few years. It all started with a funeral in the town of Busra al-sham, one of the oldest settlements in the province of Dar. Buried members of some of Russia started the formation of the Syrians. Call it the formation of the local media, “the fifth brigade”. Members of this group, together with a large number of local residents immediately after the funeral made a protest that caused by strange causes of death of buried comrades.

What is required are these people? This time there were no attacks in Moscow. However, the outright hostility was expressed against the Bashar al-Assad. Like, he has to go, and long live Syria. This seems to be the cause of many of their troubles, the residents of the South-West see in Iran and is closely associated with Hezbollah. At least, they were required to get out of Syria.

Well, maybe all this stuffing of the Syrian opposition, which seeks to embroil Tehran and Moscow. Anyway, this is one of the few of its chance to survive today. However, to eliminate the possibility of conflicts between Russia and Iran is impossible. Previously it was the place to be not just disputes, but even a skirmish — it was reported about shooting in the East in the province of Deir-ez-Zor. Then even, it seems, were sacrifices on the part of a Pro-Iranian formation. In addition, now there is an opinion that the Kremlin with the Persians, there are serious disagreements on the future of Bashar al-Assad. They say that Tehran is still willing, that he rules and has completely fulfilled all the Persian money he invested, Moscow is much more visionary, wants to establish a foothold in Syria for a long time, because it seeks to remove all overexposed Assad in 2021, when will the local election of the President. Otherwise, to stabilize the Republic for a long time will not work — it will light up here and there. In the end, there is a risk of the birth of another civil war, and that the Russian economy will be extremely uninteresting adventure. In General, Moscow not to lose what we have now, albeit, a great cause all conquered and brought. Well, better a bird in the hand than to be at the trough of greed.

In addition, on the South-West Moscow disputes with Iran for another reason — the proximity of Israel. Tel Aviv, as we all know, extreme sensitive to any Iranian presence in Syria, especially when it comes to Israel’s bordering provinces. I remember when even the Kremlin needed to get the Iranians for hundreds of kilometers from the border. Moreover, these terms were accepted, and at some time part of the Persian bases in the West of Syria was disbanded, and not without Russian participation. But in the future the situation has changed — the Shiites raided here and managed to gain a foothold. Apart from the people they have warehouses and other property. The most interesting thing for normal relations with the Jewish state is a considerable part of the locals and even the Minister of foreign Affairs of the Syrian Walid al-Moallem recently talked about this. So it’s possible that they associate the presence of Iranians more difficult. In addition, while the Persians here, it is unlikely local people will be able to trade their agricultural products with Israel as he did before the war (although not officially stopped the war between the two countries, a no message is still there — ed.). In Russia, however, tel Aviv’s all good, because may be asked to clean only the Iranians, but not our soldiers.