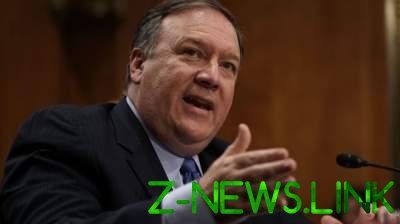 In the United States issued a warning to Russia.

U.S. Secretary of state Mike Pompeo addressed with an important warning to Russian foreign Minister Sergei Lavrov. He said that the relations harm that Russia interferes in the internal Affairs of Venezuela and supports the Maduro regime.

Mike Pompeo and Sergey Lavrov held a telephone conversation on 1 may, during which talked about the situation in Venezuela. U.S. Secretary of state stressed that the Russian Federation their intervention destabilizie the situation in the region and harm relations between the two countries. In the United States “strongly” asked the Russian Federation to cease its support for the Maduro regime and to support other countries that want to make every effort for a good future for the people of Venezuela.

In addition, the US Secretary of State Mike Pompeo in the television broadcast stated that there is a probability that the Americans would use military action in order to stop the unrest in the country, which do not cease in Venezuela. In the United States believe that the support of the Russian Federation and Cuba are preventing to establish a process. However, according to him, the States would like to see a peaceful transfer of power.