The United States rejoining the Iran nuclear deal is a good thing, right? Well, not necessarily 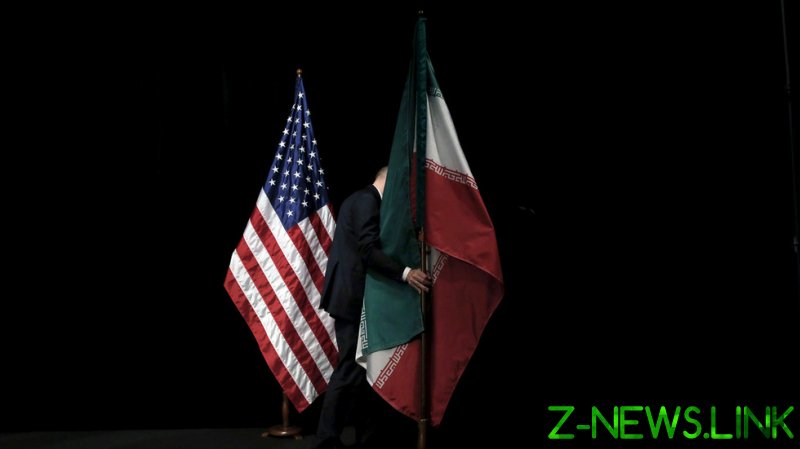 As the countdown closed in on the point of no return regarding any chance of salvaging the Joint Comprehensive Plan of Action (JCPOA, better known as the Iran nuclear agreement), the administration of President Joe Biden has signalled a dramatic policy change. Following a series of emergency meetings in Vienna, Austria, this week between the US and the remaining members of the landmark 2015 nuclear agreement, the Biden administration has indicated its desire to rejoin the agreement, and that it would end all the nuclear-related sanctions without any of the conditions it had previously stipulated must be met by Iran prior to them being removed.

These preconditions had included a renegotiation of the agreement itself with a mind to“lengthen and strengthen” the various restrictions that had been placed on Iran’s nuclear program under the JCPOA, an expansion of the parties to the agreement to include nations such as Israel and Saudi Arabia. The US also sought to link the JCPOA to such non-nuclear issues as Iran’s ballistic missile program and what the US calls Iran’s “malign activities” in the Middle East. These included its support of the Syrian government, its sponsorship of Shia militias in Iraq, its support for Hezbollah in Lebanon, and its support for the Houthi resistance in Yemen to ongoing Saudi Arabian military intervention dating back to 2014.

For its part, Iran rejected outright any effort to attach conditions, insisting that its cessation in compliance with various restrictions imposed on its nuclear program by the JCPOA could only be reversed when the US lifted all sanctions re-imposed when former President Donald Trump precipitously withdrew from the agreement in May 2018.

The sudden reversal of policy by the Biden administration is reflective of the reality that not only were its efforts to continue the sanctions-based “maximum pressure” policy it inherited from its predecessor failing, but that Iran was rapidly approaching the point of no return when it came to walking away from the agreement altogether, and rapidly (and permanently) expanding its capability to enrich uranium. Seen in this light, the Biden reversal is similar in nature to that of the Obama administration during the period leading up to the JCPOA being negotiated in 2015.

As recently as 2014, the Obama administration had a “zero tolerance” policy when it came to Iran’s program to enrich uranium – no enrichment whatsoever. Confronted with Iran’s continued expansion of their enrichment program, President Obama was boxed into a rhetorical corner of his own making. Either he would need to authorize massive military intervention in an effort to destroy Iran’s nuclear program, or he would need to accept the reality of Iran’s nuclear enrichment efforts, and seek to constrain them through negotiations that would trade the lifting of economic sanctions for Iran agreeing to restrictions as part of a formal agreement – the JCPOA.

While the Obama administration was a party to the nuclear agreement, it continued to harbor concerns about Iran’s nuclear program, especially when it came to a lack of certainty as to whether Iran ever sought to pursue a nuclear weapons program and, if so, what the status of that program was. These concerns were relevant insofar as they related to the JCPOA which constrained Iran’s ability to acquire a stockpile of enriched uranium that could be turned into fissile material usable in a nuclear weapon. These restrictions would expire over time, theoretically giving Iran access to an unrestricted uranium enrichment capability. This would be critical if Iran were ever to seek to produce a nuclear weapon. It should be noted that Iran has denied ever having a nuclear weapons program, and that it is the official policy of the Islamic Republic, in the form of a religious edict, or “fatwa”, issued by the Supreme Leader, Ali Khamenei, that it is forbidden under Islam to seek to acquire or possess such weapons.

The Obama administration viewed the JCPOA not as a resolution to the Iranian nuclear problem, but rather as an emergency stop-gap agreement. It bought the US and its allies time to come up with a plan for achieving the permanent restricting of Iran’s nuclear ambitions. In an April 15, 2015 interview with NPR, then-president Obama looked some 15 years down the road to a time when Iran would be permitted to possess “advanced centrifuges that enrich uranium fairly rapidly,” and there would be nothing in the JCPOA that would constrain Iran from seeking to enrich uranium usable in a nuclear weapon.

“So essentially,” Obama noted, “we’re purchasing for 13, 14, 15 years assurances that the breakout is at least a year… that – that if they decided to break the deal, kick out all the inspectors, break the seals and go for a bomb, we’d have over a year to respond. And we have those assurances for at least well over a decade.” At that point, Obama said, “we have much better ideas about what it is that their program involves. We have much more insight into their capabilities. And the option of a future president to take action if in fact they try to obtain a nuclear weapon is undiminished.”

In short, Obama punted the issue of Iran’s nuclear ambitions to a future president.

The administration of former president Trump used that NPR interview as ammunition in justifying why the JCPOA was a “bad deal” that the US should withdraw from. In testimony before Congress, a former Bush administration arms control official, Stephen Rademaker, asked the question, “If it is dangerous today for Iran to be able to produce a single nuclear weapon in just two or three months, why won’t it be even more dangerous for them to be able to produce a much larger number of nuclear weapons in a much shorter period of time beginning just ten years from now?” Rademaker then pointed to the Obama interview as evidence that this was a reality even the supporters of the JCPOA acknowledged existed.

This logic underpinned the decision of then-president Trump to withdraw from the JCPOA, and seek to compel Iran to negotiate a new agreement which would solve this quandary by severely restricting, on a permanent basis, Iran’s nuclear program. The foundational elements of this policy – the “lengthening and strengthening” of the agreement, along with other measures – underpinned the Biden administration’s approach toward the Iran nuclear issue. That is, until it ran into a similar policy brick wall faced by the Obama administration previously, where continued intransigence on the part of the US only pushed Iran closer to the enrichment capability red line it was desperately seeking to avoid.

Seen in this light, it is clear that the Biden policy reversal is simply a re-branding of the policy position which existed in the Obama administration at the time the JCPOA was signed. The agreement was simply a means of buying time until a policy capable of permanently constraining Iran’s nuclear ambitions could be crafted and successfully implemented. Anyone who believes that the unconditional re-embrace of the JCPOA by the Biden administration represents a departure from this policy need only listen to the words of Ned Price, the State Department spokesperson, at the time he announced this new policy direction. “We are calling a longer and stronger deal,” Price said, “using the original JCPOA as the baseline,” adding that this would imply that Iran will have to suspend its ballistic missile programs and cease its so-called “malign activities.”

Even if the US and Iran are able to get the JCPOA back on track, the reality is that the US never will respect the terms of the agreement.