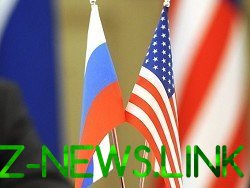 The conflict in Ukraine began in 2014 and is still ongoing. Residents of Donetsk and Lugansk regions opposed the new government, and proclaimed themselves people’s republics. Washington has repeatedly stated Moscow’s intervention in the conflict, and in retaliation, “was awarded the” Moscow with sanctions.

These measures, the experts evaluated as “political revenge.” According to a member of the international Committee Oleg Morozov, America imposes sanctions only when things don’t go according to her plan.

Everything else, yesterday held a meeting of the presidents of America and Slovakia. During the dialogue trump and Pellegrini spoke against construction of a gas pipeline “Northern stream – 2”. Both countries believe that the launch of the gas pipeline – not that other, as a geopolitical weapon. The heads of state considered the “Nord stream” one of the ways for Russia to manipulate the energy.

In response to the sanctions Russia has embarked on import substitution and, in General, these sanctions did not hurt. Apparently so may 2, U.S. assistant Secretary on Affairs of Europe and Eurasia Victoria Nuland said about the need to impose new sanctions against Russia.