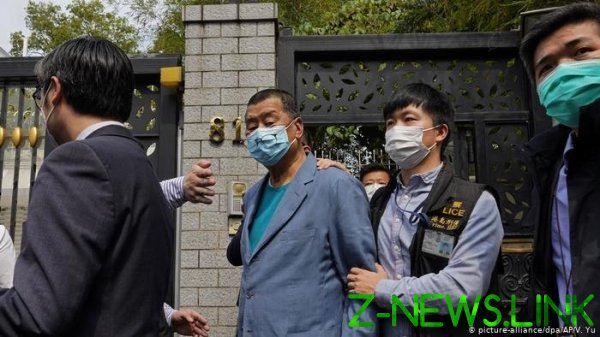 U.S. Secretary of state Michael Pompeo has condemned the detention of dozens of opposition in Hong Kong and called them incompatible with the values of freedom of expression.

The U.S. state Department condemned the detention by Chinese authorities, at least 14 opposition activists for participating in anti-government protests in Hong Kong in 2019. Secretary of state Michael Pompeo on Saturday, April 18, called such actions are incompatible with the universal values of freedom of expression and freedom of Assembly.

In the message, which was distributed by the US state Department, said that Beijing continues to take actions contrary to obligations under the Sino-British joint Declaration. It’s about openness, the rule of law and ensure that Hong Kong continues to “enjoy a high degree of autonomy”.

Earlier it became known that the authorities in mainland China continue to look for participants of last year’s protests. According to local media, April 18 have been arrested at least 14 supporters of the Hong Kong opposition. Among the detainees known political activists, human rights defenders and 81-year-old activist and fighter for Hong Kong democracy, Martin Lee, a founder of Hong Kong newspaper Apple Daily, Jimmy Lai.

Mass protests in Hong Kong began in June 2019 due to the plans of the authorities to allow the extradition of suspected criminals to China. Later the law was repealed, but the demonstrations continued. The demonstrators were unhappy with the growing influence of Beijing in their town, which has retained some freedom under the terms of its handover to China from British colonial authorities. In total police arrested more than 7 thousand rioters.