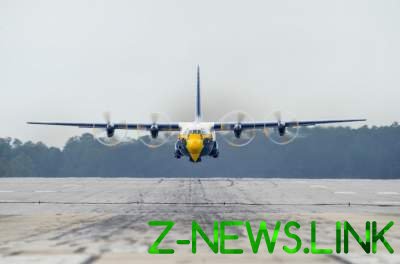 The American side took the decision to freeze cooperation with Russia under the Treaty on open skies.

“None of the funds may not be used for funding in the 2019 budget year for the development, testing… in the framework of the open skies Treaty, while the President does not submit to the appropriate congressional committees an appropriate certificate”, – noted in paragraph 1242 of the document signed by the head of the United States.

See also:  Australia: the plane had to disembark all the passengers because of an unusual incident

It also stated that under the certificate means withdrawal from the Russian side constraints after the evaluation of the fulfilment of the clauses of the contract.

The responsibility for assessment was assigned to the Secretary of state.

Recall: the Treaty on open skies was signed in Helsinki on 24 March 1992 by representatives of 23 member States of the OSCE. According to the document, the parties can make the flights of the other’s territory to monitor military activities.

See also:  In Tokyo discovered the cyanide in the wastewater

In December last year it became known about intention of the USA to close for the Russian observers the airspace over Alaska, Hawaii, and to limit the flight range.