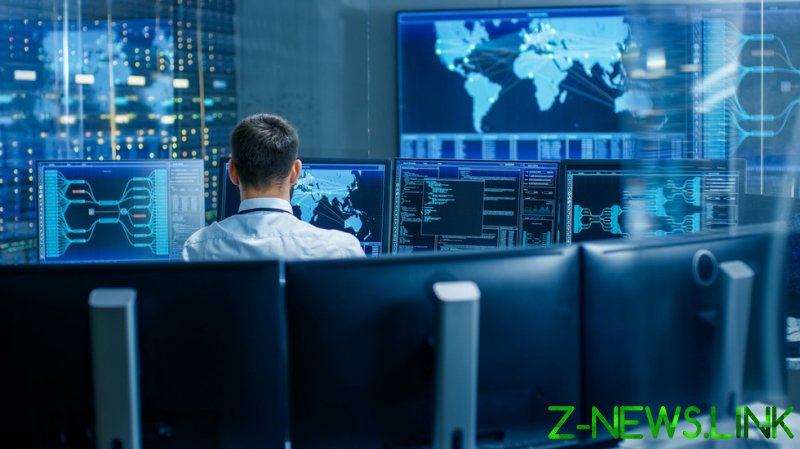 The UK government’s long-awaited ‘Integrated Review’ has finally been released. Officially billed as “a comprehensive articulation” of London’s “national security and international policy,” it intends to “[shape] the open international order of the future.”

An audacious ambition indeed, and the Review’s pledges are certainly bold – among other things, Whitehall is now committed to increasing the total number of nuclear warheads at its disposal to 260, reversing a 2010 decision to reduce the stockpile to 180. The volte face is attributed to an allegedly “evolving security environment,” seemingly a veiled reference to China’s growing economic and military might.

However, much of the Review’s content will be eerily familiar to those who closely follow UK military doctrine. For instance, repeated reference is made to “the distinction between domestic and international security” having become “increasingly blurred.”

In the process, the document contends, “boundaries between war and peace, prosperity and security, trade and development, and domestic and foreign policy,” and “the distinction between economic and national security” is rendered “increasingly redundant.”

A lengthy section also deals with London’s intentions to “counter disinformation at home and overseas.”

“We will increase societal resilience in the UK to all forms of disinformation,” the Review asserts. “Investment in the government’s behavioural science expertise, horizon-scanning and strategic communications will also help us to improve our response to disinformation campaigns.”

Such phraseology also reverberates loudly in the British Army’s handbook on ‘Information Manoeuvre’, published last year. It states that “conflict in the information age” has “removed the traditional distinction between home and away,” in the process creating a “grey zone between peace and war.”

Given that “wars continue to be won in people’s minds,” the internet has become “an integral part of the 21st century battlefield,” so both physical and virtual operations must be “coordinated, communicated and amplified, to deliver cognitive impacts.”

“Previously this has been focused almost solely on ‘the enemy’, but with operations now a global spectator sport in an increasingly interconnected world, there are many more audiences to consider,” the handbook explains. “We must improve our ability to compete on this digital playing field – not least because it is such a powerful way to shape people’s perceptions and behaviour.”

In other words, a key “audience” for British military propaganda in the present day is the country’s own population; the army aims to shape Britons’ perceptions and behaviour just as it does in respect of the citizens, militaries, and governments of “enemy” states.

The army’s ‘Integrated Operating Concept for 2025’ reinforces this unsettling interpretation, similarly contending that “old distinctions between ‘peace’ and ‘war’, ‘public’ and ‘private’, ‘foreign’ and ‘domestic’ and ‘state’ and ‘nonstate’ are increasingly out of date.”

“The triumph of narrative determines defeat or victory, hence the importance of information operations,” the document states. “Established techniques, such as assassination, deception, economic coercion, espionage, theft of intellectual property and subversion, gain potency through the clever use of cyber, digitized information, and social media.”

UK Ministry of Defence (MoD) dogma asserts that “deception” – “measures designed to mislead adversaries” – is a core practice for the armed forces.

“Information can be used to create deception or as ‘camouflage and concealment’ to support deception,” the MoD file states. “[This can] range from encouraging the responsible use of social media by our own personnel through promoting and developing and continuous reinforcement of a security culture, to camouflage, concealment and deception techniques.”

It adds that “we must… develop an ‘unblinking eye’, focussed on our target audiences” on a continuous, round-the-clock basis.

British Army psyops unit, the 77th Brigade – which maintains a vast militia of real, fake and automated social media accounts to disseminate pro-government messages, and discredit government critics – is “notably” key to reinforcing this purported “grey zone between peace and war,” according to the aforementioned ‘Information Manoeuvre’ handbook.

At a Downing Street briefing in April 2020, General Nick Carter, the UK’s most senior military officer – and former 77th Brigade Honorary Colonel Commandant – outlined how the shadowy unit was supporting the government’s battle against coronavirus, by “helping quash rumours from misinformation, but also counter disinformation.”

While the previous August an army spokesperson claimed that “77th Brigade do not conduct UK operations,” an official statement issued during the pandemic in response to a Freedom of Information request submitted by information warfare expert Emma Briant told a rather different story.

“As a UK government unit, they have two primary audiences – government departments and British citizens, as well as anyone else seeking reliable information online,” it said.

Briant suggested this “ill-conceived involvement of this military entity on such sensitive issues” may have been entirely counterproductive, “[helping] feed distrust of vital messaging among the very groups most paranoid about government actions in response to Covid,” therefore amplifying skepticism and conspiracy theories about the virus, and potentially leading to further infections and deaths.

The Brigade has been deployed at other precipitous junctures over the past year. In December 2020, the division – along with the Cabinet Office’s Rapid Response Unit and signals intelligence agency GCHQ – was enlisted in an operation to battle alleged “online propaganda” relating to coronavirus.

Mere days earlier, Prime Minister Boris Johnson had announced a significant easing of lockdown restrictions over Christmas, a move widely condemned by the scientific community and many UK citizens alike, some of whom voiced their disapproval via social media. It would be entirely unsurprising if by “online propaganda,” Whitehall meant legitimate condemnation of Downing Street’s decision.

The disquieting push for a more “integrated” approach in military, diplomatic, development, security, intelligence and domestic policy dates back to London’s 2018 National Security Capability Review, which introduced the controversial “Fusion Doctrine” – a merging of all government “levers” in order to secure the UK’s economic, security, and influence goals in all matters.

Under its auspices, intelligence agencies were given chief responsibility for identifying disinformation online, and the Cabinet Rapid Response Unit was established “to help ensure debates are fact-based” and “counter any misinformation.”

The Rapid Response Unit’s founder and chief is Alexander Aiken, Whitehall’s most senior spin doctor – he also succeeded General Nick Carter in his 77th Brigade post. Strikingly, in July 2018, Aiken authored an article for the gov.uk website, since deleted, stating “alternative news sources” are one of his department’s key targets.

In sum then, the new-fangled ‘Integrated Review’ merely confirms, and reiterates, what has long-been clear, but hitherto only opaquely acknowledged.

British spies – not typically known for their commitment to truth and transparency – now have ultimate say over what information and viewpoints are and aren’t legitimate and acceptable, and can and can’t be in the public domain. In turn, individuals and outlets which dare disseminate viewpoints or facts that run contrary to the official ‘line’, will be designated as dangerous “disinformation” and are to be smeared, censored, and suppressed by the UK’s vast legion of cyber warriors.

And all along, British citizens will be blitzed with propaganda, contorting their perceptions and behaviour, in support of London’s covert and overt military and intelligence operations at home and abroad. They will be victims of information warfare campaigns as if they were the “enemy within” in a grand battle.