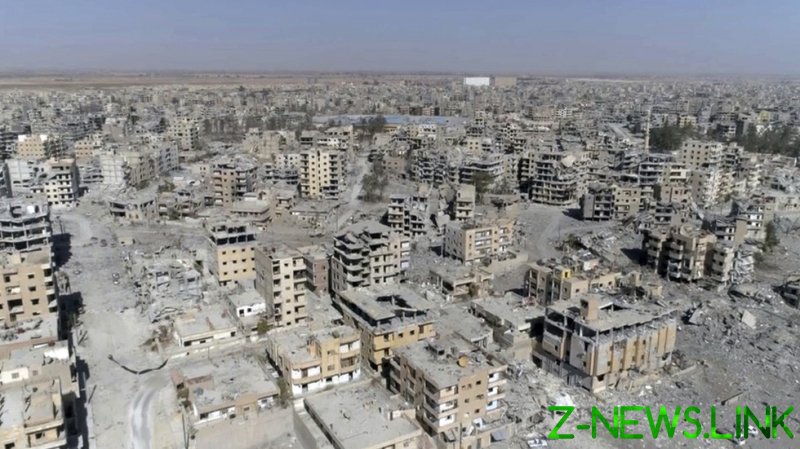 As we can all admit, the international order is falling into disarray, and a formal inquiry into allegations of atrocities committed by the United States in Syria must be a prerequisite to upholding international law.

According to a Tuesday report by Press TV, the Syrian government has sent letters to UN officials asking for such a formal investigation into alleged atrocities committed by the US-led coalition in the city of Raqqa.

“The time has come to shed light on the humanitarian, political, and legal aspects of the matter,” Syria’s Ministry of Foreign Affairs wrote in two identical messages, addressed to UN Secretary General António Guterres and to the rotating president of the UN Security Council, Barbara Woodward.

The ministry noted that virtually the entire city was razed by US bombing runs that took place between June and October 2017, resulting in thousands of civilian deaths. 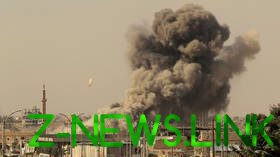 As the Associated Press reported at the time, the devastation of that city raised serious questions about “the cost of victory.” AP even flew a drone through Raqqa to highlight the extent of the damage, which had left the once flourishing city little more than a skeleton. That footage was, by any account, truly disturbing.

“More than 80 percent of the city (Raqqa) is estimated to be uninhabitable as a result of the fighting,” Linda Tom, a Damascus-based official with the UN’s Office for the Coordination of Humanitarian Affairs (OCHA) told the Century Foundation’s Aron Lund at the time.

The report by the Syrian side also noted several other examples of similar alleged atrocities by US-led forces, such as in northeastern Syria, between 2018 and 2019, in operations fronted by the US and so-called Syrian Democratic Forces (SDF). It noted a particular instance in Baghuz when US fighter jets reportedly killed at least 70 civilians, including women and children, fleeing clashes.

There is certainly a lot to digest in America’s role in Syria. The years have illuminated countless credible accusations of war crimes and other atrocities by US-allied bombings and military personnel on the ground, as well as by their various proxies.

There’s also the fact that America’s presence in Syria, which is without the consent of the UN-recognized Syrian government, is a clear violation of elementary international law – and its role in interfering in the country clearly violates international laws regarding non-intervention and crimes against peace.

But what took place at Raqqa must be seriously and impartially investigated if indeed the UN and international law are to mean anything at all. The situation, and the virtual media blackout about it in the Western press, at least in terms of the extent of what the Americans did there, highlight clear double standards that undermine the principles of multilateralism and international law altogether.

It’s not hard to see how repeated violations of international law, including international humanitarian law, the laws of war and basic laws about interference in sovereign countries create an inherently chaotic world order. The United States talks all the time about the “rules-based world order” while continually and deliberately ignoring rules. 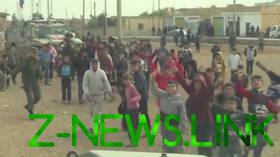 The situation in Ukraine stands as a case in point. For example, I am of the opinion that Russia’s incursion into Ukraine is a clear and easily identifiable violation of international law. However, the law is already proven meaningless when the United States continually violates international law.

The prospect of a formally Western-aligned Ukraine was one of Russia’s primary national security concerns prior to the initiation of the “special operation,” and America’s actions prove that this threat is more than hypothetical.

We can also see that failing to hold perpetrators accountable leads to more instances of criminal activity. Since Raqqa, the US has been credibly accused of committing a host of war crimes in places such as, again, Syria, Iraq, Afghanistan and other places.

The operation in Raqqa also followed in the wake of a bloodbath operation in the Iraqi city of Mosul by the US-led coalition, which was even fraught with accusations of war crimes by Human Rights Watch and Amnesty International. 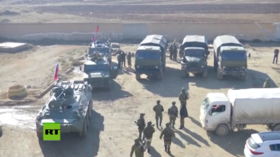 The US claims that it has internal mechanisms to compensate victims of its “collateral damage” or to reprimand those responsible for wrongdoing, but this is bunk. Recall that the US just got done conducting an internal review in November 2021 of a drone bombing in Kabul that killed 10 civilians, including seven children, some months earlier. It found that no misconduct or negligence took place and thus recommended no disciplinary action – which is a complete mockery of the laws of war, and of victims.

Here’s another notable example. In Mosul, one US Navy SEAL, Special Operations Chief Edward Gallagher, committed such terrible acts that he was outed by his fellow soldiers for indiscriminately shooting civilians and even stabbing to death a captured ISIS soldier who was estimated to be 15 years old. He was later pardoned by then-President Donald Trump for these acts – oh, and he also imposed sanctions on members of the International Criminal Court who were investigating US soldiers for war crimes, though these were lifted in April of last year.

We must all be able to admit that entire cities being razed without consideration for civilian infrastructure or the lives of non-combatants, in some sort of strategy akin to Dresden in World War II, is unacceptable – as are attempts to downplay it. The UN must take the allegations of atrocities in Raqqa seriously if it wants to maintain its legitimacy as an institution and ensure that international law has any serious meaning in today’s world.