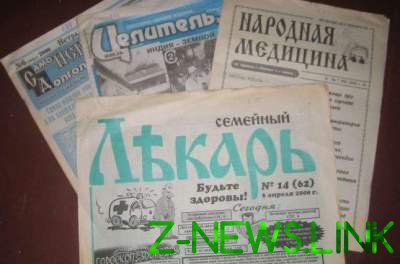 In many countries still believe in the magical power.

Experts recommended the strengthening of control over the activities of traditional healers.

More than 100 experts from the UN and other international organizations have adopted a document which identified a number of effective ways to prevent human rights violations associated with the “vicious practice” of witchcraft.

According to the UN news Center, experts recommended that States strengthen control over the activities of traditional healers and to ban advertising of sorcerers, including the Newspapers.

“Any measures should reflect an approach based on human rights, to be comprehensive. In formulating such measures, governments should cooperate with local communities and civil society,” – said the experts in a summary of their proposals developed in the course of the workshop, held in Geneva.

Human rights activists consider the entire spectrum of problems related to witchcraft. In particular, they discussed measures to eliminate violence against people with albinism. In some countries, albinos are killed and maimed in order to get parts of their bodies, which, according to popular belief, have magical powers.

The special Rapporteur on extrajudicial executions Agnes Callamard issued a sharp condemnation of the killings related to witchcraft, including the murders of the so-called “witches”. In many countries still believe in their magical powers. There have been numerous reports that women suspected of witchcraft were killed without any court. Often accused of witchcraft, even children.

“The charge of sorcery is itself a manifestation of psychological violence, which is accompanied by a physical assault unspeakable brutality, which can be qualified as torture,” said the special representative on violence against children Marta Santos Pais.

She added that often such acts of violence are out of sight of the public and go unpunished.

In 2012 the Cabinet of Ministers of Ukraine determined the order in which it will be possible to obtain permission to engage in national medicine (healing). To obtain must be obtained in the prescribed order of the Ministry of health certifying expert opinion confirming the presence of a person healing abilities.