The Ukrainian government has committed itself to narrowing of the road 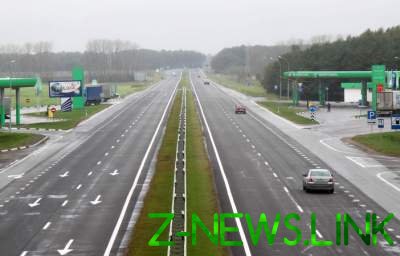 The width of the bands will reduce because of security reasons.

The Ministry of regional development, construction and housing and communal services introduces a new provision in the State building code relative to the width of the lanes in the towns and villages with the aim of introducing European standards of safety on the roads.

Wrote about this on his page in Facebook Deputy Minister Lev Partskhaladze.

The updated DBN has already been published and will come into force on 1 September 2018.

“Today in Ukraine the width of the lanes on the roads is 3.5 to 3.75 meters, depending on their destination. However, the European experience shows that the roads with smaller width of the lane – about 3-3,25 meters – subconsciously encourage drivers to go slower, ” wrote Partskhaladze.

“So in the new DBC on the streets and roads we have decided to revise and adapt this regulation to the European, consequently narrowing the width of lanes on the Ukrainian roads in their design and construction”, – he added.
According to Partskhaladze, such changes will improve road safety and reduce accidents, increase capacity of streets and reduce congestion, as well as the effective development of Cycling and public transport by establishing separate lanes for them.

According to the new DBC, the bandwidth of the traffic on the main streets citywide and regional importance in major, large, medium and small cities, but the road of continuous movement, and on township roads and main roads is 3 m.

On the highways citywide importance of continuous movement in the largest and major cities of the width of a lane is 3.5 m.

On local residential streets and roads of all localities lane width is 2.75 m.

Today the current construction standards lane width of 3.75 m is foreseen for category I and II roads, 3.50 m – III, 3.0 m – IV, and category V the width of the roadway are provided at the level 4, 5 m without dividing it into lanes.

According Ukravtodor, annually in Ukraine is 180 000 traffic accidents, which killed up to 5,000 people and injured about 30,000. Up to 80% of such accidents happening in the settlements.

The main reasons for these incidents are violations of drivers of the speed limit, which leads to collisions and accidents with pedestrians.

With the aim of improving the situation, the government approved a strategy for improving road safety in Ukraine for the period until 2020, one of the areas which is the reduction of speed in settlements to 50 km/h.