The Ukrainian foreign Ministry voiced its position on the Golan heights 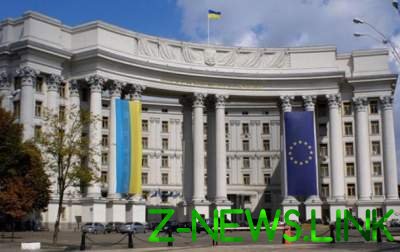 Ukraine takes the position of the UN on this issue.

Ukraine carries out the decisions of the UN security Council on the status of the Golan heights. On Tuesday, March 26, reported the press Secretary of the foreign Ministry of Ukraine Ekaterina Zelenko.

In particular, the resolution No. 497 of 1981 says that “the Israeli decision to impose its laws, jurisdiction and administration on the occupied Syrian Golan heights is null and void and without international legal effect”.

See also:  Ukrainian bell got into the Guinness Book of records

The foreign Ministry spokesman said that Ukraine “continues to consistently advocate for the achievement of a comprehensive peace settlement in the middle East taking into account the legitimate security interests of Israel.”

Zelenko also noted that Ukraine is concerned about the escalation of the situation around the Gaza strip that happened in the past day in the shelling of a civilian building in Israel on March 25.

“Targeted acts of terror against Israel from the Hamas movement, especially the rocket attacks on Israeli territory, which pose a mortal danger to the civilian population, we consider it absolutely unacceptable,” said Zelenko.

See also:  Poroshenko announced the date of the vote on the visa-free regime

“We urge both Israel and Palestine to exercise maximum restraint to avoid large – scale armed conflict,” she said.

According to Zelenko, the foreign Ministry of Ukraine believes that in this difficult time the most important priority should be to reduce tension and ensure that the lives of the civilian population would not be jeopardized.

As reported, yesterday the President of the United States Donald trump has recognized Israeli sovereignty over the Golan heights. This decision condemned a number of countries, including Russia, Turkey and Syria. Non-recognition of the Israeli Golan also said the UN and the EU.