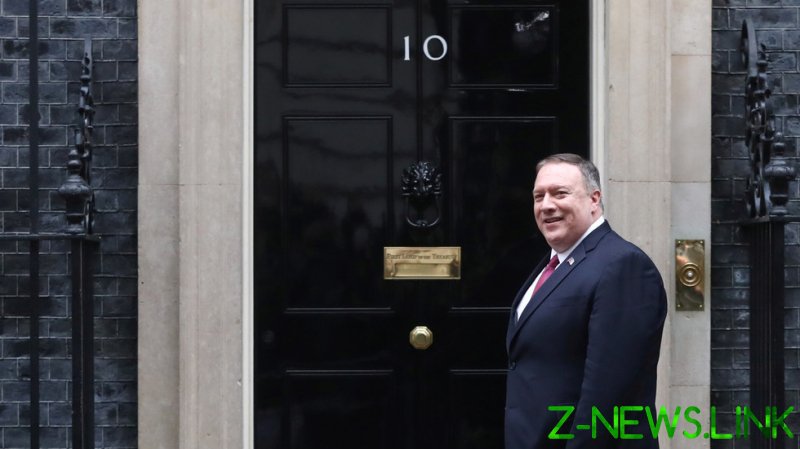 Both have a reputation for having enjoyed the company of women other than their wives, and neither is self-aware enough to realize just how uncool their haircuts are.

But at least Boris was British; he could at least lay even a tenuous claim to that legendary Brit sense of playing by the rules. A gentleman’s word is his honour, and all that. No?

Now BoJo, of course, has proven beyond any reasonable doubt that he shares the same contempt for the rules as The Donald by potentially ripping up a treaty with the EU – a treaty he himself agreed, which only came into force in January.

Five former British prime ministers spoke out against the move, over concerns about damaging Britain’s reputation on the world stage, but on Monday night the British Parliament voted to pass a bill that would alter Britain’s ‘divorce’ from the EU, in a convoluted row over the border between Britain and the island of Ireland (the north is still part of the UK, the south is an EU member).

But if Britain rips up deals, and reneges on its word, then what value is there in signing a deal with Britain in the first place?

Johnson has such a big majority in Westminster that he pretty much can’t lose any vote anyway. And it’s more likely actually about politics and brinkmanship, as Johnson’s government is still in talks with the EU about their future trading relations.

Anyway. That vote is probably neither here nor there, ultimately. The future’s bright, the future’s orange  – Trumpian orange.

To plenty of people in the UK, Boris Johnson as prime minister is absurd. He will always be that slightly dodgy posh-boy journalist and editor who would pop up from time to time on shows such as ‘Have I Got News for You’ and have a witty riposte for pretty much anything. Foppy blonde hair flopping and spiking all over the place.

Oh, he was mayor of London for a bit, too.

Boris couldn’t be anything other than English. English – not Scottish, not Welsh, certainly not a Liverpudlian nor a Geordie.

BoJo is somehow quintessentially ‘English’ on the other side of the Atlantic too.

But the British are famed, perhaps undeservedly, for their sense of fair play. Honour. Known for playing by the rules. Rules forged on the playing fields of Eton, where Boris went to school. Ripping up the rule book “just isn’t cricket, old bean,” as they’re quite likely to say in any cartoon about a British ‘public’ schoolboy. And Boris has long been a character ripped straight from the pages of The Beano, a comic book known to most British schoolboys.

Few people would ever believe, surely, that Donald Trump has even known what the rules are, let alone played by them. They don’t apply to him, simply because they have NEVER applied to him.

There are plenty of commentators, sometimes with barely suppressed hysteria, who assume Trump will refuse to hand over the drawer keys to the Resolute desk in the Oval Office to Joe Biden… IF Trump loses in November. If.

No matter. There’ll only be a big can of hairspray in there anyway, alongside a fat hair brush to get that wave just right and a bottle of tangerine-tone permatan.

“They call him Britain(‘s) Trump, and people are saying that’s a good thing,” the US president said in July 2019 after congratulating Johnson on his general election victory. “They like me over there. That’s what they wanted, that’s what they need.”

For his part, according to former British Ambassador to the US Kim Darroch, Johnson was ‘fascinated’ by Trump and his “limited vocabulary, the simplicity of the messaging, the disdain for political correctness, the sometimes incendiary imagery, and the at best intermittent relationship with facts and the truth.”

So, if Boris has now gone ‘the full Donald’, the rest of the nation may as well follow. No? After all, BoJo was handed a huge majority in Parliament – the very same idiocy that put an X in a box marked ‘Trump‘ was as infectious as Covid19.

Plus, pretty much since the Brexit referendum, Brits have begrudgingly had to give up their bragging rights over their American cousins. That smug, innate sense of intellectual superiority has vanished.

Okay then. The upshot, the end game of all this? Isn’t it bloody obvious?

Stuff the EU and their pieces of paper, their silly treaties. They don’t mean a goddamn thing anyway, y’all.

The UK should just become the 51st state of the USA, under Governor BoJo (turns out, Johnson was born in New York anyway).

When Britain crashes out of the EU at the end of this year, plenty of people in and out of the government in Westminster assume it will be the Yanks who will come and save the day anyway. The same as they did in World War Two.

Except this time it will be a wonderful free-trade agreement that will answer all Britain’s prayers, and wash away the economic and emotional despair of some who just cannot quite let go of continental Europe – the land the United Kingdom is physically attached to.

If the forecasts of some economic experts, of Britain crashing out of the European Union, are anything to go by, it’s gonna need to be a hell of a deal to make up what would be lost when the UK trades with the EU on basic World Trade Organization terms.

Well, didn’t The Donald want to buy Greenland? He can have England for free.