Home / WORLD / The UK publication of a history book labeled ‘too white’ has been delayed. ‘Publish and be damned’? That principle is clearly dead

The UK publication of a history book labeled ‘too white’ has been delayed. ‘Publish and be damned’? That principle is clearly dead 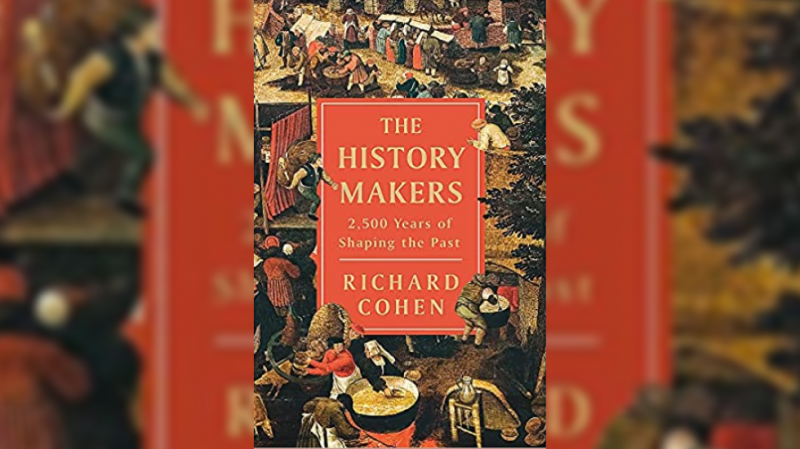 There’s a veritable army of freelance censors and sensitivity entrepreneurs enlisted in the policing of culture. Poor Richard Cohen. The British author’s book, titled ‘The History Makers’, was due out earlier this month before being serialised on BBC Radio 4.

Promoted as an “epic exploration of who writes the past”, it had already been a target of cultural policing by Random House. The American publisher had previously demanded that Cohen rewrite part of his 800-page tome on the grounds that he failed to include a sufficiently large quota of black historians and academics. Yet, despite the rewrite, it decided to cancel his contract.

The book was still set to be released in June by the British publisher Weidenfeld & Nicolson, however. But all it took was an angry missive from Julieanna Richardson, the head of The HistoryMakers, an NGO devoted to promoting the history of African Americans, for Weidenfeld to step back from launching the book, at least for now.

Richardson claims that the book’s title exploits the name of her organisation and that Cohen is seeking to enrich himself at the expense of black history. What began as an attack on a book for being ‘too white’ has turned into a Kafkaesque drama that exposes the cowardice of the publishing world.

The world of book publishing has become estranged from the age-old ethos of ‘publish and be damned’. Authors are now expected to conform instead to the worldview promoted by the cultural politics of identity. Consequently, white authors are discouraged from writing about people of colour, and men are informed that they should avoid writing about women. It is as if members of an identity group possess a monopoly over the authoring of books about their ‘lived experience’.

So-called sensitivity readers are now employed by publishing houses to ensure the language used by authors does not violate the norms and values of the cultural elite. They police a writer’s work with a view to identifying and censoring any material that might prove to be offensive to members of a particular identity group. Initially, sensitivity readers were employed to vet children’s fiction, but, these days, they’re used to protect adults from being triggered and traumatised by ‘offensive’ passages.

Many authors have heeded the message of ‘beware’ and commission a professional sensitivity reader themselves, especially if they’ve attempted to write about a cultural minority, such is their fear of being accused of misrepresentation.

A sensitivity reader does not require a sensitivity to literature, but to identity politics. Their main ‘accomplishment’ is that they belong to a particular identity group themselves and are therefore deemed to possess the authority to determine what an authentic representation of a gay or trans or female experience looks like. Through their work policing the borders of culture, they feel empowered to put authors in their place.

Advocates of sensitivity readers insist their role is “first and foremost to improve the literary quality of a book by steering the author away from one-dimensional portraits and clichés”. The readers themselves claim their job is to promote diversity and not to act as a censor. Unfortunately, they frequently adopt that role. They have no inhibition about dictating what can and cannot be said, or which books should or shouldn’t be published.

The normalisation of this new form of censorship is having a serious impact on creative freedom. To take a typical example, in 2019, a young-adult fiction author, Amélie Wen Zhao, withdrew her debut book, ‘Blood Heir’, because reviewers and colleagues who had seen advance copies deemed her depiction of certain groups to be “problematic”. Apparently, Zhao had committed a cultural crime in writing about the experience of indentured labourers and the human-trafficked. In a tweet, she apologised for not confining her writing to her own cultural context and announced that publication had been cancelled at her own instigation.

That authors now cancel their own books rather than face the hostile reaction of the sensitivity readers and activists policing culture highlights the scale of the problem facing the publishing industry. The threat to the freedom of expression was underlined last year by the International Publishers Association. Its report noted that self-censorship on issues such as religion and sexuality represented a growing threat to the freedom to publish. It indicated that the perennial problem of government interference had been displaced by this new form of intervention.

Kristenn Einarsson, the chair of the association’s Freedom to Publish committee, stated: “Although censorship by governments and authorities is the main threat to publishing in many countries, authors’ and publishers’ inclination to self-censor is increasing because of major pressure from different sources.”

What Einarsson really meant was that censorship from above has been replaced by censorship from below. Once upon a time, publishers feared provoking the wrath of the state’s authoritarian censors. Today, the calls for censorship come from other quarters and, sadly, many publishers have become all too easily cowed.

As someone who has published 25 books over the decades, I have the greatest of respect for members of the publishing community. That’s why I am so dismayed when I hear stories of young academics who’ve had their books pulled at the last minute by their editor, who took exception to a certain view they expressed.

Once upon a time, the world of publishing encouraged authors to write freely. We must not let book publishing be drowned in the rising tide of intolerance about the expression of diverse views. The attitude summed up in the saying ‘publish and be damned’ is far healthier than today’s injunction to let the cultural police decide what can be published.