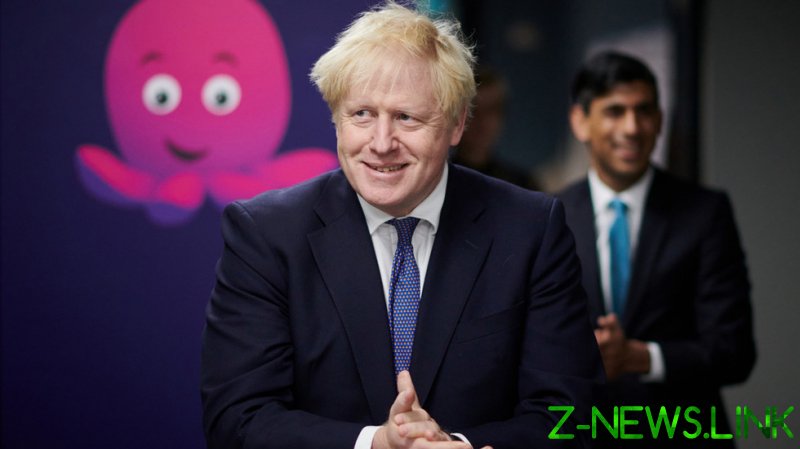 The separation of powers is a long-celebrated feature of British democracy, but with an emboldened judiciary and a government blurring where the generally accepted boundaries lie, Boris Johnson could be consigned to the history books not as a great prime minister, but as the great dictator.

And why not? His determination to ride roughshod over an international treaty to push the Internal Market Bill through Parliament has not only kicked up a stink among his own MPs, but now former president of the UK’s Supreme Court, Lord Neuberger has had a crack at the PM too.

He’s not happy that BoJo’s bid to have parliament pass the bill – though it faces a tough time in the House of Lords – could well end up in court, begging a judicial decision on whether or not it receives the go-ahead.

“The right of litigants to go to court to protect their rights and ensure that the government complies with its legal obligation is fundamental to any system… you could be going down a very slippery slope.”

Okay, so unless you’re a bit of a stickler for political detail, or a nitpicking nerd who thrives on legal intricacies, you may well be asking yourself, ‘WTF?’.

Well, the ‘TF’ is that our democratically elected Prime Minister and his gang of unelected, hand-picked advisers are pushing the limits of what is acceptable outside the realm of parliamentary oversight, without giving too much of a hoot about what anyone might think: parliamentarians, judges, road sweepers, you, me, whoever.

The admission that, yes, the UK is prepared to break the law in a very specific and limited way might seem like an admirable hands-up when being found with your hand in the sweetie jar. But in terms of international law, it has a more significant impact, not only in its outcome but in the motivation as well.

It’s the ‘so what?’ attitude that is the default position, not just of the infuriatingly reckless child, but also of the undemocratic dictator – and that is something we must take a bit more seriously. The world is watching, and they are not impressed. Even the Germans had a free shot at BoJo, and they know a thing or two about dictators.

But we have only ourselves to blame. There were warning signs, so how did we get here?

Last October, in a bid to have the Brexit withdrawal bill passed by Parliament, which it became obvious was not going to happen, BoJo simply suspended the democratically elected assembly for five weeks before calling a general election and giving himself a shot at reconfiguring the numbers required for his withdrawal bill to pass.

The Supreme Court made no bones about how it felt at the time: that move was illegal. Handing down her judgement, court president Lady Hale said, “The decision to advise Her Majesty to prorogue Parliament was unlawful because it had the effect of frustrating or preventing the ability of Parliament to carry out its constitutional functions without reasonable justification.”

The response from Boris? Well, it was all just an awful inconvenience. He moaned that getting his way was “not made much easier with these sort of things in Parliament or the courts.” These sort of things? Most others call them law and order.

As time passes, and that was now almost a year ago, it starts to look like that move was something more than a wriggle around the rules, maybe a more sophisticated and cynical gambit a dictator would employ. The sort of legal manipulation we are always in an incredible hurry to roundly condemn when seen taking place elsewhere.

But here, it quickly fades in the memory, brushed off as simply doing what was deemed necessary at the time. That’s just not good enough.

Because the proroguing of parliament and the bare-faced admission of an intention to break international law are not one-offs, or even two-offs, in what is starting to resemble a pattern of tyranny employed by this government.

Because now, thanks to non-compliant Covid-19 infection rates, we have localised lockdown rules hitting the independently minded cities of the north – Liverpool, Manchester, Newcastle – where democratically elected mayors, albeit of a different political flavour to the PM, are increasing the noise of their opposition to central government imposing draconian restrictions on the freedom of movement of their good citizens, all without so much as a ‘how-do?’.

The masterminds of Downing Street are not interested in what they have to say. Why should they be? After all, they will do as they are told anyway.

This has understandably incensed leaders such as Mayor Andy Burnham in Manchester or Mayor Steve Rotherham in Liverpool. It’s not a north-south thing. It’s a carrot and stick thing.

The message from London is always implied. Do what we want, or you can kiss any pie-in-the-sky talk of a Northern Powerhouse goodbye. Not another penny will be sent north of Watford.  No one needs to send an email threatening as much, of course, there’s no need to. Toe the line, or you’re toast. After all, you play for the opposition team.

The imposition of one man’s will over an entire country – be it as a dictator or a tyrant – to ensure passage through a crisis is not a new political phenomenon by any means. We’ve seen this kind of thing throughout history in times of war, famine, natural disaster and yes, even a pandemic.

At times, as Britain’s wartime leader Winston Churchill knew to his advantage, it is exactly what is needed.

In the hands of lesser men, and BoJo is certainly a lesser man, this can look less like strong leadership and more like dictatorship. It’s a very fine line.