Home / WORLD / The UK government’s new Covid rules are authoritarian and arbitrary. How much longer will people put up with this?

The UK government’s new Covid rules are authoritarian and arbitrary. How much longer will people put up with this? 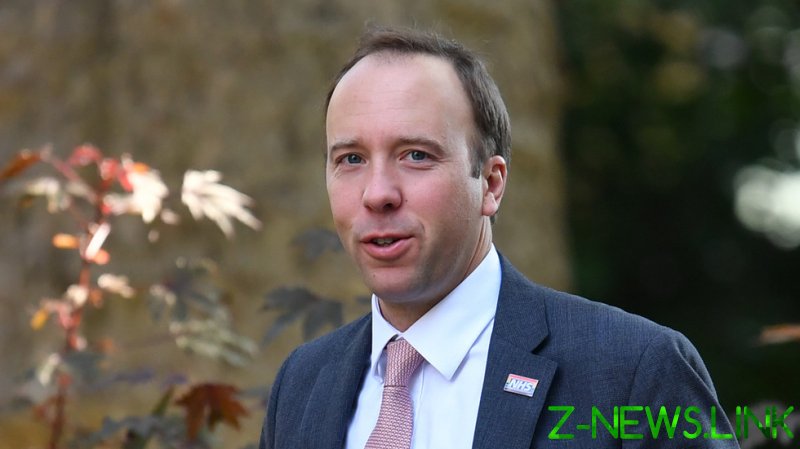 From September 14, it will be illegal for more than six people to gather in a variety of places, including private homes, in England. This ban also extends to restaurants, cafes, bars, pubs and even outdoor spaces, and applies across the board to all ages. However, the rule won’t apply in an array of other scenarios, for no other apparent reason than Matt Hancock says so.

The health secretary, who also seems to have appointed himself commissioner of the fun police, explained to the adoring inmates of Airstrip One that: “one of the pieces of feedback we had, including from the police, was that we needed the rules to be super simple so that everybody knows what they are, and now this will be rigorously enforced by the police. This is really simple. Gatherings are OK, they should be socially distanced of course, but groups only of up to six.”

They may be really simple, Mr Hancock, but far more striking than their simplicity is their earth-shattering stupidity. The new restrictions are being introduced in response to a steep rise in coronavirus cases. Not deaths, not hospitalisations,  but cases. This rise in cases has, astonishingly, coincided with an increase in testing, but the fact that if you go looking for something you might find more of it doesn’t seem to have crossed the minds of the geniuses at the Department of Health.

Despite that little nugget of information passing them by, they have identified some situations where it is apparently fine for more than six people to congregate. These include schools and workplaces, ‘Covid-secure’ weddings, funerals and organised team sports.

It is also good to know that the virus apparently doesn’t spread when you are doing things the government approves of, like going to work or school, but does spread if you just want to enjoy yourself. I didn’t know that viruses were capable of telling the difference between a diversity training seminar and a dinner party, or a geography lesson and a barbecue, but you learn something new every day…

These new laws regarding socialising will be enforced through a £100 fine if people fail to comply, doubling on each offence up to a maximum of £3,200. This means that people could be given a criminal record for hanging around with more than six people in a park. This is complete insanity, and completely arbitrary. Why have they settled on six people as a limit? Has Matt Hancock been binge-watching ‘Friends’ on Netflix during lockdown? Is he making sure we’re spared an S Club 7 reunion? Does he just not have many mates?

It is staggering that we Brits are continuing to put up with this nonsensical idiocy from our government, but what alternative do we have? Captain Hindsight Keir Starmer won’t dare suggest that the government is overreaching itself with these totalitarian measures, lest he be accused of wanting to kill pensioners.

The devolved administrations in Wales and Scotland seem to be having a competition to be even more ridiculous than the absolute shower in Westminster, and the MSM continue to breathlessly report every case of coronavirus without ever providing the context of how ill any of the people who have it are.

For all the protestations of Hancock and Boris Johnson that they are making “tough” decisions, it seems to have passed them by that they are actually just making “bad” decisions.

Quite how they can look at themselves in the mirror when they are criminalising socialising is frankly extraordinary, but the fact they are also reportedly considering a national 10pm curfew is proof that things could get worse before they get better.

In fact, at this stage, it appears that they simply like telling people what to do. The more worrying thing is that we, the people, are continuing to let them.