Home / sports / The UEFA super Cup. “Real” – “Atletico”. The announcement of the match

The UEFA super Cup. “Real” – “Atletico”. The announcement of the match 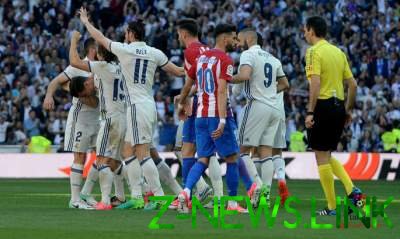 In Tallinn, the Champions League winner real Madrid in the match for UEFA super Cup will meet the winner of Europa League Atletico Madrid.

For the fourth time in the last five years, winning the UEFA super Cup will challenge the clubs from the Spanish Primera. Last season the competition was held under the flag of Madrid “real” for the third time in a row won the Champions League, and atlético rink went through opponents in the playoffs of the Europa League.

European Cup battles of the “real” and “Atletico” has recently become a classic of world football. Over the past four years, the giants from Madrid twice met in the final of the Champions League – both times in dramatic battle, the trophy was snatched real Madrid.

To start the new European season of “the real” came on the wave of change. The leadership of the “Creamy” did not overspend in the search for a replacement who has served at Juventus Cristiano Ronaldo and bet on the young and Gareth Bale, who was in the shadow of the legendary Portuguese. “Atletico” without major changes in goal is still the same Cloud, protection cement experienced Godin and Juanfran, and the attack runs, the star of the world Cup Griezmann.

Not to mention about the Ukrainian trace of today’s super Cup match. Goalkeeper “real” Andrey Lunin is unlikely to come on the field, but in case of victory of his team will be the fourth after Ukrainian Andrey Demchenko, Andriy Shevchenko and Anatoliy Tymoshchuk won the UEFA super Cup.