Home / policy / The U.S. Treasury announced that Deripaska was laundering money in the interests of Putin 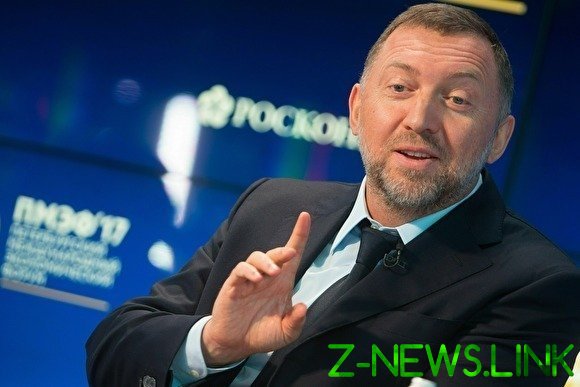 Sanctions against the Russian oligarch Oleg Deripaska was introduced due to the fact that he allegedly engaged in money laundering and transfer of funds in the interests of Russian President Vladimir Putin and his entourage. This is stated in the answer of the office for foreign assets control (OFAC) of the U.S. Treasury to the letter of lawyers of the businessman, reports The Financial Times.

Protection Deripaska demanded the us authorities to declassify the materials that became the basis for the imposition of sanctions against him. In response, OFAC States that in 2016 Deripaska “according to some reports has been identified as one of the people that owns the assets and launder money on behalf of the President of the Russian Federation Vladimir Putin.”

See also:  Time put Putin on the cover and wrote about his "growing Empire of rogue States"

It is also alleged that Deripaska at the request of the President of Russia has invested $ 800 million in projects related to the Olympic games 2014 in Sochi. In the summer of 2011 the businessman allegedly transferred money for personal needs Putin disguised it under operations associated with its business. In addition, it shows that Deripaska allegedly canceled the release of the company gas on the IPO to hide money laundering for the top management of Russia through this company.

He Deripaska, commenting on the accusations of the Ministry of Finance, called them “guesses, rumors, nonsense and nonsense”, “not supported by” specific facts. He reminded about the presumption of innocence. Press Secretary of Russian President Dmitry Peskov has also denied speculation the U.S. Treasury. “It’s just not true,” — he said FT.

See also:  In the United States ready for a military "solution" to the problems with North Korea

Note that all the fields in the response of the U.S. Treasury contain the word “allegedly”, OFAC does not provide any evidence of these allegations.

Sanctions against Deripaska was introduced in spring 2018. In addition to the businessman, under the restrictions were also controlled companies, including RUSAL, the “GAZ Group” and En+.