The U.S. Senate decided on new sanctions against Nord Stream 2 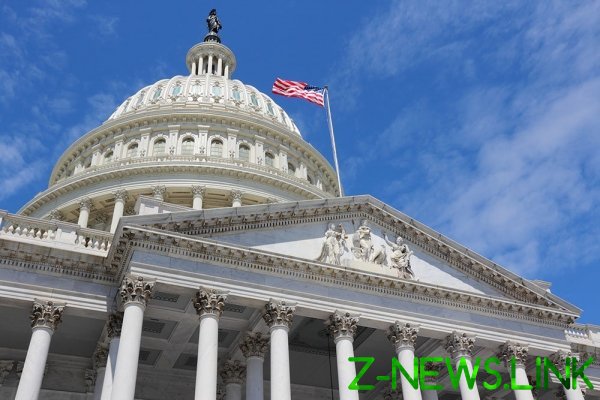 US senators have drawn up a list of new sanctions against the project “Nord stream-2” to the end of the week will introduce the corresponding bill.

The document, proposed by Republican Senator Ted Cruz and democratic Senator Jeanne Shaheen, suggests sanctions against the parties involved in the works associated with the pipeline construction, not only directly in the pipe laying.

Under the sanctions also hit and those providing underwriting services, insurance or reinsurance of vessels, reports Reuters, citing a text as yet unpublished project.

New sanctions against the second branch “Northern stream” support of both parties, which gives the possibility to approve the bill is a “quick, despite the presidential election campaign”, said may 26 Richard Grenell, a former American Ambassador in Berlin, and is currently the acting Director of national intelligence.

“Congress must once again take decisive action and get in the way of this pipeline,” said Senator Shaheen. Her co-author Kruse said that the bill “makes clear that those associated with the courts, paving the pipeline, will face serious and immediate sanctions.”

Recall the construction cost of 10 billion Euro gas pipeline was stopped by the package of U.S. sanctions in late December of last year, when the Baltic sea had put a little more than 100 km of pipe.

This has forced Russian officials to sit down at the negotiating table with Ukraine and sign a new 5-year contract for transit, despite numerous promises to phase it out completely by 2020.

Russian President Vladimir Putin has assured that “Gazprom” is able to finish the pipeline on their own and launch it at the latest in the first quarter of 2021.

The only available “Gazprom” the ship is able to lay the pipe at the desired depth, built in China, “Academician Chersky” – in February, left the port of Nakhodka and by April reached Europe, 9 may and set anchor near the port of Mukran in Germany, where there is a logistic terminal project construction of the pipeline.

The port is also a pipe-laying barge “Fortuna” of the Russian JSC “MRTS” which the Danish authorities recognized not corresponding to technical requirements: the vessel has no dynamic positioning systems.

We will remind, in may of 2019 in Europe entered into force amendments to the Gas Directive, which was extended to offshore pipelines, coming from third countries. According to the EU norms, one is prohibited to act as a gas supplier, and the owner of the pipe. For Gazprom this means that you cannot use more than 50% of the capacity of “Nord stream – 2” even in the case of completion.

In may, the EU court rejected the claim 2, Nord Stream AG against European legislation and the Federal network Agency of Germany refused to grant the project an exception from the General rules.