Home / economy / The U.S. President wants to devalue the dollar, Belarus will have to answer

The U.S. President wants to devalue the dollar, Belarus will have to answer 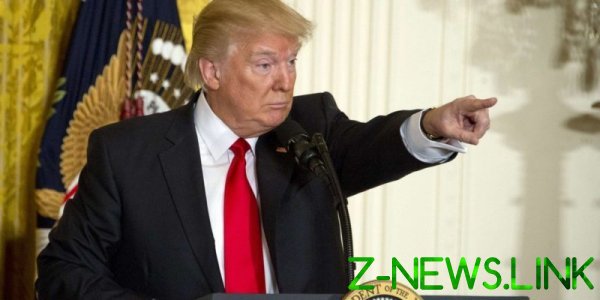 To support the US economy before the presidential election of 2020, Donald trump may resort to devaluation of the dollar through foreign exchange interventions. It will be a real global currency war in which the people of Belarus will be among the victims.

Donald trump 3 July this year, Twitter wrote that China and Europe are engaged in large-scale currency manipulation and poured money into its financial system to compete with the United States. He then added that the US needs the mirror to answer, not to be fools who sit and politely watch how other countries play their games.

Supporters of the devaluation more

The fed Chairman Jerome Powell gave in to pressure from the President and on 10 July, the US Congress announced a reduction in rates at a meeting of the Federal open market Committee of the fed on July 31. However, rate cuts may not be enough, as other countries, they will start to act the same, so you may need foreign exchange intervention. At least, the US President asked his aides to think about the different variants of the weakening of the U.S. currency.

In this regard, some experts believe that the threat of devaluation of the dollar can be realized. In particular, strategists at ING Bank believe that if the dollar will not become cheaper, despite the easing of fed policy, the pressure of Donald trump on the U.S. Treasury Department to conduct currency interventions will increase. The same thing could happen if the European Central Bank will go to new quantitative easing in September, which will weaken the Euro against the dollar.

Head of foreign exchange strategy at Canadian Imperial Bank of Commerce across North America Bipan Rai predicts that the U.S. Treasury may require the fed to carry out dollar intervention that will lead to the decline of the dollar. Does not exclude the intervention and Jane Foley, head of FX strategy at Rabobank.

Moreover, Bank of America Corp. I believe that the US can officially abandon the policy of a strong dollar, introduced in 1995, and to proclaim, for example, a policy of strong economic growth that will lead to the decline of the dollar by 5-10% relative to other currencies.

Went even further, global economic Advisor Pacific Investment Management Co. Joachim Fels, who wrote in his recent review that a full-fledged currency war in which Central banks and governments of leading countries, including the US, will deliberately weaken their currencies, more is not excluded. However, he believes that this is the third round of cold currency war that has been going for five years, and direct foreign exchange interventions in the United States is possible, but not in the near future.

The probability of devaluation of the dollar is increasing due to the fact that Donald trump is not alone in his desire to weaken the dollar. For example, its competitor in struggle for a post of the President – democratic candidate Elizabeth Warren also advocates active regulation of the dollar in order to stimulate economic growth and jobs.

In addition, the US President announced the intention to introduce in the Federal reserve Board Judy Shelton, who was his economic Advisor during the election period in 2016. It is a supporter of the fed lower rates to zero and even advocates for the restoration of the gold standard through the issuance of a “gold dollar”. Since 2009 she is a member of the project Sound Money Project, which criticized the shortcomings of the existing global financial system, and advocates the return of gold as means of payment.

Thus, the threat of devaluation of the U.S. dollar seems quite serious. Besides, the American currency is indeed overvalued relative to others. This is indicated, in particular, the big Mac index, calculated by the British edition of The Economist. It compares the currencies of different countries for the price of a hamburger a big Mac. Cheaper than a hamburger in any country compared to its price in the USA, the more undervalued its currency against the dollar.

According to the latest data published in July this year, only one currency of the 55 considered by the magazine, is overvalued against the U.S. currency. This is the Swiss franc. In Zurich, the big Mac currently worth about 6.6 dollars, while in the United States – $ 5.74. That is, the exchange rate of the Swiss franc, according to the price of a hamburger, inflated by 14%.

The most undervalued currency was the Russian ruble as a big Mac in Russia costs only 130 rubles. Thus, the fair rate of the dollar for Russia at the moment is 22,65 Russian rubles per dollar, that is, the current exchange rate of the dollar (about 63 rubles) are inflated by about 64%. This index, of course, cannot be considered scientific evaluation of undervalued currencies, but in principle it gives the right picture.

The ruble is not a time to become stronger

The Economist did not assess the undervaluation of the Belarusian ruble, but it is about on the same level as the Russian ruble. At the same time as a significant weakness of our currency is due to the conscious actions of the national Bank, which buys up the excess supply of foreign currency on the domestic market of Belarus. That is, Belarus has long been artificially lowers the rate of the ruble, and Russia. And if Donald trump doesn’t mention our country in their records, it is only because of its role in the world economy tiny (sometimes it’s good to be small and unnoticeable).

Possible devaluation of the dollar will have significant consequences for the Belarusian ruble, although the US to buy up rubles and Russian, will not. War is declared, apparently, major world currencies – Euro, yen, yuan. But when the dollar starts to depreciate against these currencies, the price will rise and the currencies of developing countries, including our ruble.

In addition, it is necessary to consider that other countries are unlikely to stand idly by and begin to weaken their currencies. That is, in the end, will the price of the currencies of those countries that refuse to participate in the currency wars.

Trouble Belarus promises lower rates without the fed and the devaluation of the dollar through foreign exchange interventions, as this may lead to a reduction of interest on foreign currency deposits and loans in Russian and Belarusian banks. Dollar loans will become cheaper, their popularity will increase which will interfere with the de-dollarization of the country. However, debt repayments may be reduced.

Interest rates on dollar deposits in Belarusian banks also fall, although they are now low. In particular, the average interest rate on new long-term currency deposits in banks of Belarus in June this year amounted to 2.36 per cent per annum. Thus, holders of dollars will have to come to terms with the loss of return on their foreign currency savings. However, this period may be short-lived. After all, the devaluation of the dollar is necessary to the USA, and to support the national economy and exports. And strengthening of the Belarusian ruble would have on our economy the opposite effect. Therefore Belarus will have to join the devaluation race, which, however, currently she is one of the leaders in pair with Russia. To abandon this country can not, as the balance of our foreign trade and already close to zero, that is, the strengthening of the ruble is undesirable. A national Bank may start buying up not only an excess of currency in the domestic market, but also provide additional demand.

Besides, our country in the near future, apparently, will have to loosen its monetary policy (see “Russia begins monetary stimulus. What to do about Belarus?”). And this will also contribute to the weakening of the ruble. So the chances that the Belarusian ruble will suddenly become a stronger currency as a result of the devaluation of the dollar, a small. The time for this wrong.