Home / INCREDIBLE / The U.S. plan to land on the moon

The U.S. plan to land on the moon 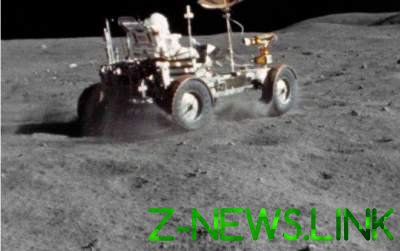 The Americans return to the moon.

Vice-President Mike Pence announced that the authorities will make every effort to make the Americans “returned to the moon.”

The politician announced that they had signed an Executive order to restore the national Council for the space.

“The Council will hold its first meeting for almost 25 years, with me as Chairman. I bring you a simple message: America will go into space again. In the coming years, American industry should be the first to support a permanent commercial presence in nikolovo time low-earth orbit,” said Mike Pence.

Pence added that space travel will not end on the moon. According to the Vice-President, the U.S. will become the first country that can send people to Mars. However, it seems that the main objectives of these missions will be commercial, not scientific. As noted by Pence, “business leader in aerospace technology, and we intend to draw from this bottomless well of innovation to solve the challenges that lie before us.”

Mike Pence also reminded that in 2017, the United States still rely on the Russians to send astronauts to the International space station (ISS), each of which is worth more than $ 76 million in one place. The politician urged not to allow the backlog of the country from the competition in space development.

“We will return American astronauts to the moon – not only to leave footprints and flags, but also build the Foundation that we need to send Americans to Mars and to other planets,” – said Vice-President of the United States.

However, the Science Alert journalists noted that the plans of politicians appear to be too blurred. A lunar base and okatannye mission is designed primarily to obtain financing and not for stimulation of the missions to Mars.