Home / Society / The truth about Novocherkassk massacre of 1962

The truth about Novocherkassk massacre of 1962 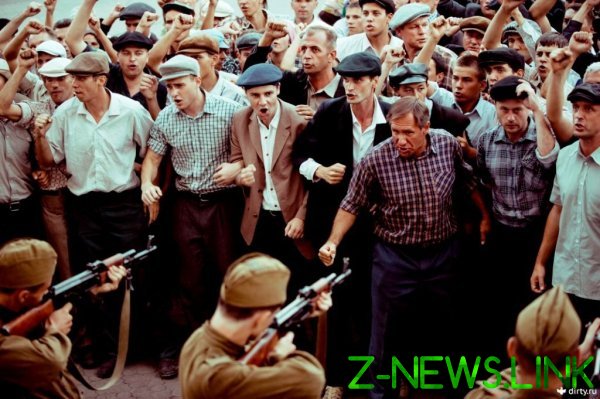 Lovers of the Soviet Union very often like to say — they say that in the USSR life was bad just all sorts of “unearned elements” and lazy, but the workers and peasants lived very well, in this country they enjoy all the rights and privileges. The word working man was the law, listened to him even the highest leadership. When you speak to these interlocutors on the Novocherkassk massacre of 1962, it appears that they about it know nothing, or know but don’t want to talk, or respond in style “and in America, Abama blacks Lynch!”.

Novocherkassk in 1962 — this is an example of the struggle of ordinary people for their rights, ended in tragedy. In my opinion, this case has shaken the legitimacy of the Soviet regime even in the eyes of its ardent adherents because they were often fond of saying that in contrast to the “tsarist Russia with disenfranchised workers” in the Soviet Union and their rights respected. It turns out that the revolution did not change anything — remains the poverty and injustice, and shooting demonstrations.

Under the cut story about novocherkasskoy the tragedy that occurred in 1962. Come under kat, there interesting. Well, friends to add do not forget)

It all started in Novocherkassk?

For a more complete understanding of what happened in Novocherkassk, let’s first look at the overall situation in the country. By the sixties, the USSR was experiencing a difficult economic situation because of the support and sponsorship of the Pro-Soviet regimes in distant lands (foreign beggars once again proved to be more of their own citizens), in addition, due to the arms race greatly affected the consumer industry — the Union even had to buy grain abroad. The shops began to rise in long queues.

Due to the bad economic situation, the authorities of Novocherkassk decided to revise wage rates at the Novocherkassk electric locomotive plant — prices were reduced by 30-35%, this occurred in the late spring of 1962. A few months before that, in the winter of 1962 was extended and production quotas. And June 1 on the radio it was announced the “temporary” increase in prices of meat, milk and other products. The message shocked the whole country and the workers of Novocherkassk put on the brink of poverty, this city was poor, the store was empty shelves, many workers lived in barracks, and those who rented a room — spending a third of salary.

June 1, 1962 before the shift workers came to the rally against rising prices, during which the plant Manager Kurochkin, seeing a woman with pies, threw a careless phrase — “Not enough meat — eat pies with liver”, which caused General indignation, after which the workers declared a General strike. One of the groups of workers included factory whistle. Began to appear posters of “Meat, butter, salary increase”, “We need apartments.” 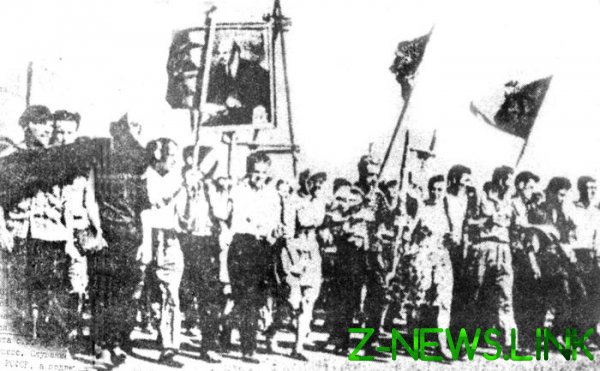 The Bolsheviks shot the protesters.

On the night of 2 June in the city were concentrated the troops of the interior Ministry and the KGB, in the ranks of the protesters began to implement the “plainclothes officers”. 2 June, when the plant site could no longer accommodate all the protesters, the rally continued on the Central square of the city, the regional Committee of the CPSU. By this time the city was surrounded by troops, the factory was also cordoned off by the army. The army received a request to go back to work the workers replied — let the army, which seized the plant.

So remember the events local artists: 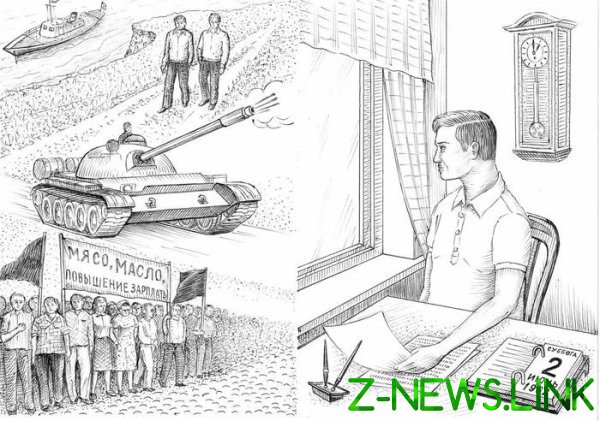 In the building of the city administration was full of soldiers — as they say local, all the soldiers were Caucasian nationalities, because the authorities were afraid that the Russians can support the rebels. During pererugivaniya with the demonstrators one of the soldiers broke the glass and kicked butt the woman and then the crowd poured into the building and seized the building of the city Committee. The meeting began, during which was announced that night and morning in the city carried out the arrests, many of those arrested were beaten. On the square in front of the people there was a cordon of soldiers was one of the commanders came out and announced that he had received orders to shoot into the crowd, and then shot himself.

But the fire was still open — as found by the investigation conducted in the 90-ies, the crowd did not shoot the soldiers. On the roofs in the town centre sat 10 snipers and it has 2 machine guns — presumably because of the number of internal troops and KGB. It is known that on the eve of the tragedy in the hotel “don” arrived “musicians” in the amount of 27 people, which along with the “conductor” immediately settled in these rooms, pre-Vasilyev living there guests. This is very similar to the execution of the Kiev Maidan in February of 2014…

As a result of fire on people, killing 26 and injuring 87 people and is only “official” data, which explicitly took into account not all. The whole area was covered with blood. The victims were buried secretly and in different places, many demonstrators marched through the camps and prisons. These people did not protest against the Soviet government — they just wanted justice and a decent life, for which he was destroyed.

The next day, leaving a futile attempt to wash the brown stains of blood on the tarmac, the authorities simply paved area. On the same day in the evening on the same square, the city authorities arranged a dance for young people, so “that she was able to rid himself of alien thoughts”…

Write in the comments what you think about these events.