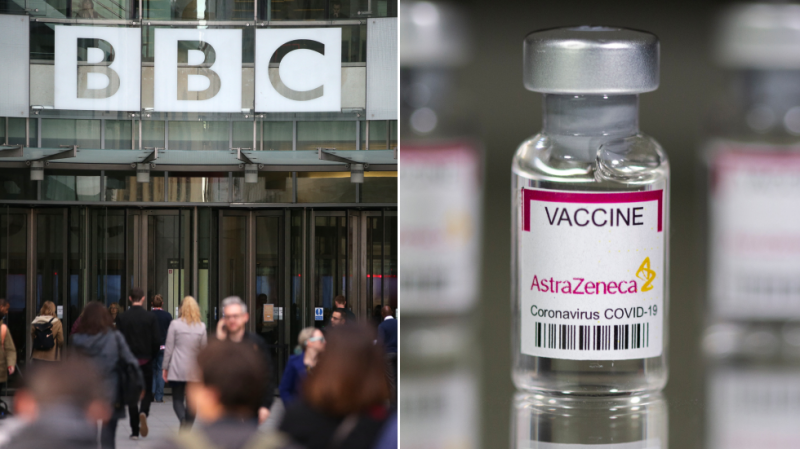 If Lisa Shaw hadn’t taken a Covid vaccine then she would, in all probability, still be alive today. The mother of one, a popular presenter at BBC Radio Newcastle, was only 44 years old and fit and healthy, with no known underlying conditions.

Yet take the Covid vaccine she did on April 29, despite being in a very low risk category – and complications from it killed her. That’s not a ‘conspiracy theory’ – or the view of an ‘anti-vaxxer’ – it’s the official coroner’s report. All our thoughts go out to Lisa’s devastated family and friends.

Vaccines generally have been a great boon for humanity, but no vaccines are totally safe. Some, though, are safer than others for different age groups. It is worth noting that at the time poor Lisa had her first AstraZeneca dose in late April, the vaccine had already been suspended or temporarily banned in a number of Western countries over concerns it could cause dangerous blood clots in some recipients.

I remember at the time, the various European suspensions were presented as ‘Johnny Foreigner’ wanting to get their own back on the Brits over Brexit. Britain’s rapid vaccine roll-out was the envy of the world, we were told, and the Europeans were just jealous.

Yet on May 7, it was announced that most adults in Britain under the age of 40 were to be offered an alternative to the AZ vaccine due to the increased risk of blood clots in the younger demographic. At that time, there had been 242 clotting cases and 49 deaths. To which of course we must add poor Lisa Shaw, who took her first dose just over a week earlier.

How many deaths can be linked to the various Covid vaccines? It’s impossible to know for certain, but the government’s own website informs us: “The MHRA has received 508 UK reports of suspected ADRs to the Pfizer/BioNTech vaccine in which the patient died shortly after vaccination, 1,056 reports for the Covid-19 Vaccine AstraZeneca, 17 for the Covid-19 Vaccine Moderna and 28 where the brand of vaccine was unspecified.”

So that, at the time of writing, is a total of 1,609 deaths of ‘suspected’ ADRs in which the patient died shortly after vaccination.

To put the figures in some kind of perspective, we need to bear in mind the very high numbers of people who have received two doses of a vaccine in the UK, which now stands at over 41 million. We must also add here for balance that in July Public Health England estimated that the Covid vaccines have saved between 10,400 and 27,000 lives.

The decision on whether to take any vaccine, not just a Covid one, is surely made best when individuals – with as much information in front of them on the risks of them getting the thing being vaccinated against, what would happen to them if they did get it, and the efficacy of the vaccine and its side effects – make their own call, free from external pressure.

After all, that’s what happens with the annual flu jab. The elderly and vulnerable are advised to take the vaccine, and it’s available for others too if they wish to take it. But there’s never been any bullying involved. People are never asked ‘Have you had the flu jab?’ as they are asked in relation to the Covid vaccines. No one has ever advocated ‘Flu Vaccine Passports’ and barring the unvaccinated from events and large-scale gatherings.

I get the flu jab because I’ve had some terrible flus in the past, including one which led to pneumonia and made me very ill indeed.

Every year I’ve had the vaccine, I’ve avoided getting ill – and on the occasions when I missed it I did. So I carry on having it. But no one forces me. It’s not been the same with Covid, though.

The coercion of people to take these new on the market vaccines is something we’ve never seen before in our lifetimes in Britain. People have been bombarded with text messages and phone calls asking us to book a vaccine appointment. Anyone with a following who expresses the mildest of concerns about the vaccines and their promotion has been labelled an ‘anti-vaxxer’ or a ‘crank’ or ‘conspiracy theorist’. There’s been unedifying media witch-hunts against so-called ’anti-vaxxers’– with one columnist even suggesting that ‘refuseniks’ should have to wear a bell round their necks and a sandwich board declaring themselves ‘Unclean’.

And the government – taking its cue from Tony Blair – has been threatening that if you aren’t ‘fully vaccinated’ you will be barred from many things you enjoy doing come the autumn.

All of these threats are unethical, some would say downright criminal. When it comes to ‘jab-only’ vaccine passports, the word ‘blackmail’ springs readily to mind.

In genuinely free societies, decisions on whether to take vaccines should always be a personal choice, even during a pandemic.

Yes, vaccines can and very often do save a large number of lives. But they can – as we saw from the tragic case of Lisa Shaw – take them too, which is why people, and governments, should not be so strident, or bullying, in trying to coerce others to take them. That’s particularly so when the vaccines in questions are new on the market and as such don’t have a long track record.