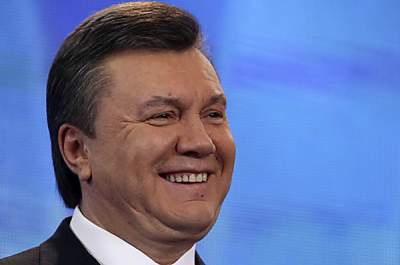 The fugitive President must answer for their acts.

In the court of the fugitive President Viktor Yanukovych must first ask about the shooting of people on Maidan. This opinion was expressed by Ukrainian journalist Vitaly Portnikov.

The journalist believes that Yanukovych and his entourage need to find out whether they were participants of the tragic events on the Maidan or someone’s puppet. “You can certainly find some “berkutovets”, to question them, to carry out investigative actions, but it’s all meaningless until the moment when you can’t question is not “Skype”, but in reality, Yanukovych, Azarov, Zakharchenko, Yakymenko, Lebedev, heads of power structures” – said Portnikov.

According to him, when we are talking about a specific weapon need to question the Supreme commander and the heads of power structures.

Portnikov focuses that Yanukovych had to go to Ukraine for questioning in court.

“And then the question arises, again, about the role of Yanukovych and his entourage in all of this. Did they understand where they suck you in, whether they were participants of these events or puppets, for whom the execution of Heavenly one hundred was just the end of the protest in Kiev? For them it was the end or the beginning? This is a very important question to ask Yanukovych. But not on Skype when he just reads what he wrote his Russian curators”, – the journalist summed up.

Recall that the court in the case of Yanukovych adjourned the meeting until December 27.