Home / Society / The tragedy in the Barents sea-2: the Truth will not be

The tragedy in the Barents sea-2: the Truth will not be 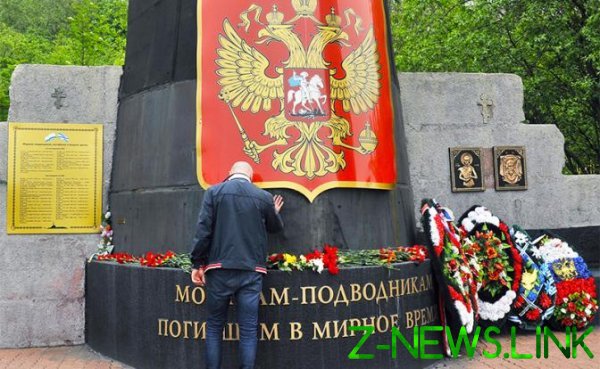 The tragedy in the Barents sea when the fire on the deep-sea submersible, died 14 submarine officers, involuntarily evokes associations with the death of the submarine “Kursk” in August 2000. The circumstances are probably different, the meaning is the same — the crews fought to the last for the survivability of his ship and tried to save his comrades. It’s an unwritten law of naval fraternity.

The captain-Lieutenant Dmitry Kolesnikov on “Kursk” to the last breath of air did everything possible to save the survivors after the explosion of the crew. Now, in a critical situation on Board the submarine, captain 2nd rank Dmitri Soloviev, the cost of his own life to save a civilian technician by knocking him out of the burning compartment and sadreev the hatch behind him. It is also naval law — to batten down the hatches, to prevent the destruction of the entire ship.

Defense Minister Sergei Shoigu, who arrived in Severomorsk, to understand the causes of the disaster, the mystery of the death of the submarine never revealed. It is unclear even what it was for deep-water apparatus. Submarine “Belgorod”, “Arkhangelsk”, “Moscow”? Experienced nuclear drone “Poseidon” or mentioned bottom unit AU-31 “Losharik”? Military secret — it was not disclosed. Just as the circumstances of the death of the submarine “Kursk”, about which Putin said: “It sank.” Even the full text of the suicide note captain Kolesnikov is unknown. The defense Ministry has secrets no worse than sea.

You can, of course, to suggest different versions, we can speculate and riddles. It is only the fact that there was a special secret testing of new weapons or underwater technology. It is no coincidence that on Board the crashed submarine craft was such a number of officers of high rank, people undoubtedly deserved and have a vast experience in research and practical work. So the “object” was really top secret and of great importance for the Navy and defence in General. “Aboard the submarine was a unique military specialists — high level professionals who performed important studies of the hydrosphere of the Earth,” — such was the evaluation given to the fallen officers of the Secretary of defense. But the details are never revealed, including during tests and associated hardware.

You have to give credit to the defense Ministry in the current situation, when not become “dark” with the recent disaster, at least with the number of victims and their names. Among the 14 dead — 7 naval officers in the rank of captains of the 1st rank, two Heroes of Russia. The elite of the Navy, the best people, highly trained specialists. It is unlikely that their names were previously known to the General public, they did not give interviews, never appeared on TV and were classified as top secret because of the nature of their service. Now, after death, they can be called. Though not calling them the nature of performance.

See also:  Danish inventor said the new details of the tragedy aboard the Nautilus

These people can not remember the name. They died in the line of duty, giving his life to service to the Homeland as real heroes. You should pay attention to the track record of their previous awards. The order of Courage, medals “For courage” and others don’t come easy, not to mention the title of Hero of Russia. This is not a trivial distinctions for years of service. Not without reason it can be argued that these officers of the Navy have made a significant contribution to the country’s defense. And in the last minute of life showed a real courage and heroism.

Never mind, I guess, what was their last mission. In any case, not in the toys they put out to sea to play, and carried out a military task, even if it was held in “research” purposes. Were heroes and died as heroes.

Involved in the investigation of the causes of the disaster with the submarine defense Minister Sergei Shoigu announced the official version. The fire aboard the deepwater unit. It is likely that her need to believe. And don’t even suggest that the tragedy occurred while testing a new secret weapon.