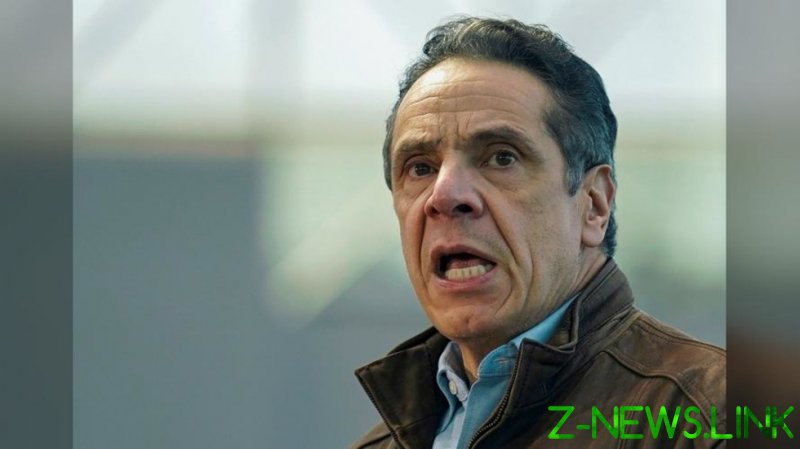 “In order to lead this great state as governor, you need to have credibility and trust,” Assembly Minority Leader Will Barclay said on Monday in a press briefing. “Unfortunately, we feel the governor has lost that and now has lost the ability to lead. We’re introducing this (resolution) because the time has come.”

The impeachment push began one day after Cuomo vowed not to resign, saying that stepping down because of allegations would be “anti-Democratic.” He took that stand despite having called for the resignation of then-Attorney General Eric Schneiderman amid allegations of sexual misconduct in 2018.

Cuomo reiterated his refusal to resign on Sunday, after two more women came forward to accuse him of sexual harassment when they worked on his staff. The latest accusers brought to five the number of former aides who have made such allegations against the governor.

As the minority party in New York, Republicans can’t force a vote on their impeachment resolution, but as Barclay pointed out, about 30 Democrat state lawmakers in New York have called for the governor to resign. The Republican case against Cuomo also includes the governor’s alleged coverup of Covid-19 deaths in New York nursing homes.

Senate Majority Leader Andrea Stewart-Cousins and Assembly Speaker Carl Heastie joined that chorus on Sunday, with Stewart-Cousins saying that the multiple scandals involving Cuomo are distracting from the business of government. “We need to govern without daily distraction,” she said. “For the good of the state, Governor Cuomo must resign.”

New York Attorney General Letitia James is conducting an investigation of the harassment allegations. Some Democrats have argued that James should be given time to finish her probe before action is taken against Cuomo.

Cuomo aide Melissa DeRossa admitted last month that the administration withheld data on New York’s nursing homes death toll because the governor did not want the Trump administration to score political points by highlighting the disastrous outcome of the policy that forced facilities to accept patients infected with the virus. The current toll is more than 15,000, including about 6,000 lives that weren’t counted under a misleading methodology that Cuomo aides reportedly used to doctor a Covid-19 report last July.