Home / WORLD / ‘The Tiger Who Came to Tea’ can lead to rape? That’s it, will the last person to leave Planet Woke please turn out the lights?

‘The Tiger Who Came to Tea’ can lead to rape? That’s it, will the last person to leave Planet Woke please turn out the lights? 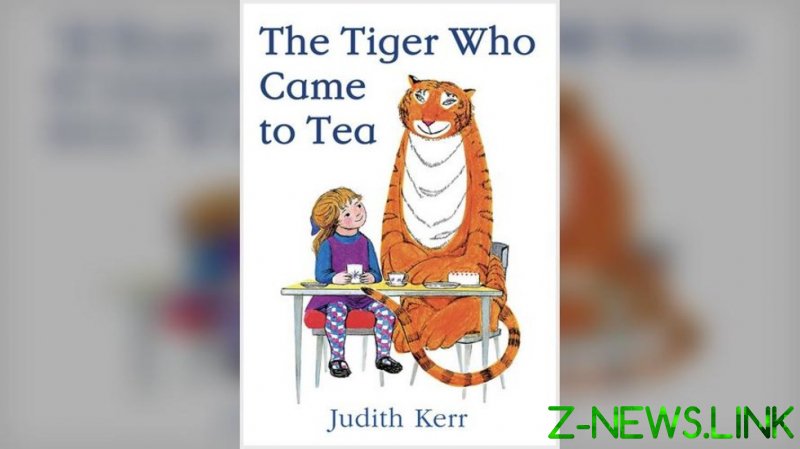 Imagine the woke paradise of the future.

The Taliban in Afghanistan would certainly recognise it, they brook no deviation from their strict interpretation of Islam and will destroy you if you don’t go along with them. That’s because ‘God’ says that this is a perfectly reasonable thing to do.

Likewise Planet Woke will be a world governed by a very strict set of rules, created solely to comfort the most fragile little souls this beautiful green and blue ball has ever played host to. And it’ll be policed and controlled by ‘people who know best’, folk – just like the Taliban, in a way – who are simply closer to ‘God’, closer to what’s ‘right’, than you are.

So just shut up, and do as you’re told! The Woke will be in charge.

It’ll be a world in which everyone scans every possible interpretation of their words before opening their mouths – even in private – and MUST police their pronouns in public. It can never be ‘him’ nor ‘her’, it must always be ‘they’.

It’s a world in which a woman is a woman – end of discussion! – even if ‘she’ has no womb and he has the X and Y chromosomes of a human male. Never mind that it’s written there forever in their very DNA and, sorry guys; nature simply doesn’t give a toss about your feelings.

Forget such minor details though, bring up any contradictory evidence and you’ll be shouted down. Maybe even hounded out of your job, or they’ll try to chase you out of print like they failed to do with J.K. Rowling.

It’ll be a world in which everyone is required by law to do a monthly unconscious bias training refresher course to make sure everyone is on the same page of the New Woke Bible.

It’ll be a paradise in which nobody ever has to face the crushing horror of being mildly offended, simply because the crime of giving offence is punishable by death – or at least permanent cancellation.

Maybe they’ll take a leaf out of the Taliban’s fundamentalist view of the Sharia rule book on corporal punishment and come up with amusing new punishments such as sewing the offender’s mouth closed – if it’s only their first offence. An eye for an eye, a tooth for a tooth and all that.

Or, and this would actually be way more effective, the criminally offensive can be banned from social media forever and permanently disconnected from the Planet Woke WiFi.

Oh, hang on, they kind of do that already.

The latest creep toward this woke paradise is over a children’s book I have never read and have only vaguely even heard of called ‘The Tiger Who Came To Tea’. This evil tome reinforces gender inequality that generates violence against women and ‘could lead to rape and harassment’.

Let me just clarify something quickly though, the book was published in 1968 – 53 years ago – and has never, to my knowledge, been a factor in any rape case. I’m just saying.

‘The Tiger Who Came To Tea’, by writer and illustrator Judith Kerr, sees an uninvited – friendly – tiger join a young girl called Sophie and her mother for tea before eating and drinking everything in the house. Then he leaves. Sophie’s dad comes home and takes his wife and daughter to a cafe.

Adamson, co-director of Zero Tolerance – a charity that fights male violence against women – questioned why this tiger wasn’t a female or gender neutral, and that the dad coming home to save the day was ‘old fashioned, stereotypical’.

“We need to recognise these aren’t just stories…”

Right, that’s quite enough of her drivel. And hey, Ms Adamson, tigers don’t drink tea, they certainly don’t sit on a chair at a kitchen table with a family to do so. It’s NOT real. A four-year-old gets this, why can’t you?

For God’s sake, please – PLEASE – don’t tell this woman about the works of the Brothers Grimm. You’ll keep her in a job for decades as she picks her way through Cinderella, Sleeping Beauty, Hansel and Gretel, Little Red Riding Hood and Rumpelstiltskin.

It’s not just Rachel Adamson, of course, who is forging this new future for us all. Another self-appointed leader constructing this new woke paradise is Dr ‘Diesel’ Gail Bradbrook, the co-founder of Extinction Rebellion (XR) – you know, those people who glue themselves to railings and break windows in order to save the planet.

Dr ‘Diesel’ likes to fly across continents in filthy aircraft; indeed the ‘awakening’ that led to her role in XR came to her while high on psychedelics in Costa Rica. Her rebellion against extinction involves acts such as the time she smashed a bullet-proof glass window at a government building in London with a hammer and chisel, causing £27,500 worth of damage. Never mind the environmental cost of cleaning up that broken glass and then making a replacement pane, the cost in fuel and suchlike to transport the workmen there and back.

Nevermind the cost of arresting protesters and transporting them to nick or the cars sitting in long traffic jams caused by the  mob, like those who blocked roads again in London on Monday to demand change in government policy over new investments in fossil fuels.

Guess what though? And this is classic! Dr Bradbrook drives a car and… it’s a diesel! During an angry exchange with a radio interviewer, she said she needs a car to get her kids to rugby and football games and she can’t afford an electric one. Really, Dr Diesel? Same as most of the rest of us then, eh? Then when the TalkRadio host Cristo Foufas suggested this was just a tad hypocritical, she slapped him down as being a “boring interviewer”.

That can be the motto for the new woke world order, under a hammer and chisel coat of arms: ‘Do As I Say, Not As I Do.’